The first presidential forum organized by and for women of color took place Wednesday at the Texas Southern University in Houston.

Led by founder Aimee Allyson, the She the People forum featured eight Democratic presidential candidates speaking one-on-one on stage, taking questions from two moderators and women who hailed from all over the country. A diverse array of women prepared questions to ask each candidate – a state senator from Georgia, undocumented students, a domestic worker, an Indigenous leader, Muslim Americans, and a restaurant tipped worker, among others.

Sayu Bhojwani, founder of the New American Leaders Project, asked a question that left Vermont Sen. Bernie Sanders looking puzzled and even after a couple soft balls from the moderators, he still fell flat. The question clearly asked what he would do to address the rising white nationalistic sentiment we are seeing in our country as well as around the world.

Sanders gave what seemed to be a rubber stamp response to any blanket statement on racism and discrimination. He received the worst heckling, leaving the crowd of mostly Black and Latina women in attendance unimpressed.

“The room was electric. We felt seen and heard by She the People… the candidates were asked questions that reflected our interests in racial and economic justice,” said Bhojwani. “It wasn’t comprehensive but it hopefully set a tone for the rest of the election season – that women of color matter and that we want serious policy responses to our issues.”

One of five Democratic voters are women of color. By 2020, Hispanic Americans are poised to make up the second largest demographic in the country. It was no surprise that immigration was a hot topic during the forum, and candidates were asked to lay out their immigration plan.

California Sen. Kamala Harris shined as she leaned in from her chair to get “close and personal” with the crowd: “We will finally pass comprehensive immigration reform. We will stop allowing the human rights abuses of family separations at our border and I will be the POTUS that keeps their word to DACA dreamers and offer a path to citizenship to their parents who didn’t just fall out of the sky.” 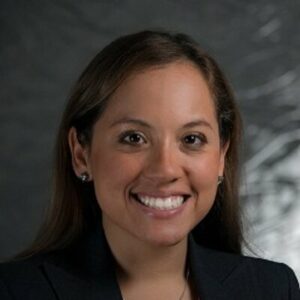 A tipped worker asked former Texas Rep. Beto O’Rourke how he would address the unfair pay of tipped workers in the restaurant industry, where women of color make up the majority of the workforce and face unfathomable working conditions including having to accept harassment from customers because their earnings depend on their interactions with them. O’Rourke eloquently agreed and cited the known pay gap fact that Black and Latina women earn 60 and 47 cents of the dollar that a white man earns, respectively. O’Rourke impressed feminists by adding that the Equal Rights Amendment Act should finally pass to end gender discrimination across the country.

Among the other issues discussed were the rights of transgender military members, criminal justice reform and its intersection with lack of mental health resources, universal health care, reproductive justice and environmental policies to combat climate change.

New Jersey Sen. Cory Booker flexed his executive muscle as he described his work as mayor of Newark, acknowledging that black and brown communities suffer most from unhealthy air quality and unsafe drinking water, and develop asthma and other respiratory diseases at higher rates than white communities.

Massachusetts Sen. Elizabeth Warren brought the house down. She was the only candidate who received a standing ovation, and the energy in the room was palpable as she spoke. Her flawless answers were to the point, thoughtful and sounded prepared.

Warren took this forum seriously. First, she said, “We have failed our mommas and babies in this country.” She rolled out a carrot and stick approach to incentivize hospitals to bring down mortality rates of African-American women in childbirth, in the form of dollar bonuses or penalties. Second, she proposed an education plan that would generously fund HBCUs. Third, she referenced home ownership and policies that favor Wall Street over Main Street – she explained the inter-generational wealth gap that exists in America between white Americans and African Americans.

Warren also seamlessly explained the subprime mortgage crisis of the 2000s and traced those policies back to unfair housing practices that permanently damaged Black communities with the use of unconstitutional redlining. Warren detailed a housing plan that would offer “down-payment assistance to first-time homebuyers in communities that were once subject to redlining.”

When asked how she would avoid what happened to Hillary Clinton as a white female presidential candidate, Warren closed out her presentation by addressing it head on – “Are we going to show up for people that we didn’t actually believe in, but because we were too afraid to do anything else? That’s not who we are…we have people here who have never been given anything. We have people here who no matter how hard it was or how scary it seemed, were able to take care of those they love. That’s how we are going to do this… not just individually, but we are going to take on this fight together.”

While this is historically the most diverse field of presidential candidates, women are still outnumbered and only two of them are of color. This fact alone can help flush out some of the underlying social issues affected by gender and race. Some politicos have called it the “double burden” – being a woman and a woman of color.

Valerie Ervin (D), the former Montgomery County councilmember who ran for governor when the late Kevin Kamenetz suddenly passed away last year, leaving her as a lieutenant candidate, opted to remain in the race and nominated a Latina woman as her running mate.

“First, let us acknowledge the amount of courage it takes to step out there and run as a woman of color,” says Ervin. “While we see it played out at the national level, we see it locally as well – that when women are fighting to position themselves in spaces traditionally taken up by white men, we have felt the backlash, especially when it comes to women of color.”

Ervin recalls when her running mate’s name was not added to the ballot.

“We had to fight in court because they were saying they didn’t have enough time to add my Latina running mate’s name to the ballot, and we could all see through it. Even the judges were cheering us on. While we didn’t prevail in court, this experience opened my eyes to see what we’re up against.”

Former state Del. Aruna Miller (D) who ran for the 6th District congressional seat last year, agrees. “It’s the whisper campaign that harms us… you know, the ‘she’s too brown, too black to get elected’ or the ‘I am not sure voters are ready for someone so different, she’ll never raise any money.’”

She asserts that “the whisper campaign is intended to create doubt about candidates who are women of color, their viability, and ultimately to covertly end their campaign even before the race begins.”

It comes as no surprise that women of color who may have felt empowered enough to run for elected office are told otherwise along the way or are not embraced with the same enthusiasm that male newcomers may enjoy.

State Sen. Jill Carter (D) of Baltimore City recalls that the establishment of her party has never supported her, and even helped a 27-year-old white male who moved into her black majority district to run against her for the open Senate seat last year. “My opponent based his campaign on a ‘lazy black woman’ narrative that no one condemned,” she says.

Carter suggests that when your own party normalizes negative campaigns based on racial slurs, it sends the message that women of color don’t matter, both as elected leaders and as voters. Voters are turned off when they do not see their values reflected in the policies pushed by the party that claims to represent them.

As voters begin to follow their presidential candidates of preference, the 1,700 who showed up to the She the People forum, representing the more than 20 million women of color progressive voters nationwide, left a strong message for all the candidates. In the words of the Rev. Leah Daughtry, who opened the event: “You can overlook us, dismiss us, demean us, patronize us and put us at the bottom of your list — to your peril because we will put you on the bottom of ours!”

All posts by Maricé I. Morales

Moore names three deputy chiefs of staff and an assistant chief of staff, meaning he’s revealed many of the people who will work on the State House 2nd floor.