Seven of Maryland’s eight members of the House of Representatives had more than $600,000 in their campaign accounts as of March 31 – and three reported more than $1 million on hand.

The exception is 6th District Rep. David J. Trone (D), a multimillionaire with an ability to pour untold millions into his reelection campaign. He reported just $51,000 on hand.

The fundraising figures were in the latest Federal Election Commission reports detailing congressional campaign finance activity for the first quarter of 2019, which were released earlier this week. 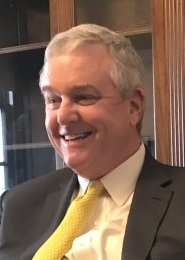 Only Trone at this point appears potentially vulnerable for reelection in 2020 – and his political viability will depend to a large degree on whether the U.S. Supreme Court orders Maryland to use a new congressional map for next year’s elections. If the high court orders a new map, the General Assembly would have to meet in special session later this year to work out a new proposal with Gov. Lawrence J. Hogan Jr. (R).

A proposal by a commission assembled by Hogan has suggested redrawing the boundaries of the 6th District and adjoining 8th District in such a way that would make Trone – or any Democrat – considerably more endangered.

State Del. Neil C. Parrott (R-Washington) has declared his intention to run for the 6th District seat next year, but if the district’s boundaries look dramatically different, other well-known Republicans could jump in the race.

Some progressive activists see nine-term U.S. Rep. C.A. Dutch Ruppersberger (D) as potentially vulnerable to a challenge from the left in the 2nd District next year. But no challenger has emerged so far, and Ruppersberger has a formidable war chest, reporting $1,133,809 on hand as of March 31. He raised $136,749 in the three-month period.

Also topping $1 million on hand in the Maryland delegation were Rep. Elijah E. Cummings (D), the chair of the House Oversight and Reform Committee, which is taking the lead on several congressional investigations of the Trump administration. He had $1,107,753 in the bank after raising $401,505 in the first three months of the year.

U.S. Rep. John P. Sarbanes (D) reported $1,053,323 in his campaign account. The leader of a substantive political reform package making its way through the House, Sarbanes reported raising $36,188 in the first quarter of the year.

U.S. Rep. Steny H. Hoyer (D) had the biggest haul of the three-month reporting period in Maryland, taking in $651,522. But that isn’t altogether surprising, as he’s the House majority leader. Hoyer reported spending $458,701 in the first quarter – but that included major contributions to more than two dozen of his fellow House Democrats. Hoyer had $826,953 in his war chest as of March 31.