What was once a stagnate community has gone through a rebirth and is now a thriving city with a new look and plenty of growth. Under its current leadership, Salisbury has become Maryland’s fastest-growing city and has attracted enough business to boost the seventh fastest-growing job market in the entire country. This growth has brought plenty of jobs, economic growth and opportunity to a region that has desperately needed it for decades.

These major improvements are thanks to the leadership of Mayor Jacob Day, who in the short time he has served on both the city council and as the mayor of Salisbury has been able to lead Salisbury into the future with a bold vision and strong progressive ideas.

Under Mayor Day’s leadership, Salisbury became the first small city in America to implement the Housing First program. When implemented in other cities around the U.S. this program reduced chronic homelessness by 80 percent to 90 percent in New York, Los Angeles and Washington, D.C. In Salisbury, we have seen similar results on the reduction of chronically homeless and providing an opportunity for people to get back on their feet.

Mayor Day also understands the importance of investing in the future, and under his leadership, the city has added youth programs such as summer youth employment, created sports teams like Salisbury Rhinos football, and opened venues to bring the community together like the Truitt Street Community Center. These initiatives have provided the youth community in Salisbury and across the Lower Shore the opportunity to connect with the community, have something productive to do and learn skills needed to be successful in life.

Finally, Mayor Day has also implemented projects to restore and grow the city like his efforts to revitalize downtown and beautification projects such as the construction of the new Riverwalk Amphitheater, the addition of a fountain in the Wicomico River, the Riverwalk completion, downtown parking garage graphics and the Main Street streetscape. This gives Salisbury a modern feel and has been extremely effective in bringing businesses back to the area and attracting new people to make Salisbury and the Lower Shore their permanent home.

The even better news for the Lower Eastern Shore is this bold new progressive leadership doesn’t stop at the mayor’s office. 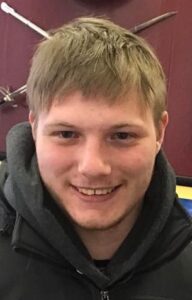 Jared Schablein is the chairman of the Lower Shore Progressive Caucus.

We can also see it with newly elected Councilman Josh Hastings of Wicomico District 4. Councilman Hastings is an Eastern Shore native with experience in getting things done for the community both in the public and private sector. Since joining the council this past election, the freshman council member has been instrumental in the creation of a new park at Pirate’s Wharf. The wharf is a major site of Eastern Shore history and, once the park is complete, will help boost tourism in Wicomico County.

Councilman Hastings has also been a leading speaker on fully funding education in Wicomico County by supporting Superintendent of Schools Dr. Donna Hanlin’s Imagine 2022 plan including increasing graduation rates, a 3 percent increase in teacher pay and implementing universal pre-K for all. This effort in combination with his efforts to expand the Salisbury airport and better working with the municipalities across the county will help create a better future for Wicomico County and its residents.

In just a few short years, it is amazing to have witnessed the biggest modernization process of the Lower Eastern Shore in my lifetime and to see the major strides we have made as a region.

Though we have come a long way we still have a lot of work still ahead of us. However, after reviewing the progress that has been made and the plans moving forward by the leadership of Mayor Jacob Day and Councilman Josh Hastings, it is clear that here on the Lower Eastern Shore we should strive to elect more progressive leaders to lead us moving forward.

Only when we have more leaders who have a vision and belief in the capabilities of our region can we begin to tackle the big problems the Lower Eastern Shore of Maryland faces, such as the opioid epidemic, sea level rise, the need for more good-paying jobs and new industries, and many other issues.

The writer is a Wicomico County resident who serves as chairman of the Lower Shore Progressive Caucus. He can be reached at [email protected] Twitter: @Wicomico_Jared

This Kirwan-like commission would develop a state plan to provide health benefits through a single-payer system.

Del. Anderton to Pass on Race for Wicomico County Exec, Will Seek Re-Election

Anderton indicated he remains very interested in a run for county executive in the future — as soon as four years from now.