“With malice toward none, with charity for all.” Words spoken by President Lincoln as he offered consolation to those who objected the emancipation of black slaves and a future in our Union. Lincoln echoed in his second inaugural address a reminder still relevant 150 years later: There is work to do.

This past January, Maryland Delegate Mary Ann Lisanti referred to Prince George’s County as a “n***** county.” The story unfolded during what certainly has been a tumultuous Black History Month.

All of these stories are concerning in their own regard, but they stem from a rooted complexity embedded in our racial history. Acts of insensitivity strip away what makes America more unique than any other place in the world: our diversity. We are all Americans. Our shared experiences are deeper than the pigment of our skin, than the languages we speak, and the county we call home. Our wealth is measured in our ability to bridge between differences and celebrate our diverse experiences.

Although we have made it an impropriety to act insensitively in public, we have yet to confront the private spaces in which racist thoughts, ideas, and actions fester and lead to the harm of people of color in public spaces. This must end.

As a University of Pennsylvania law student, I am no stranger to divisive language from those we depend on to educate and lead us. Professor Amy Wax recounted her experiences teaching at Penn in an op-ed, “I don’t think I’ve ever seen a black student graduate in the top quarter of the [Penn Law School] class and rarely, rarely in the top half.” Aside from her accounts being corrected by the Dean of the Law School for being factually incorrect, her account was just that – her account.

There are still some Americans who lack imagination of new worlds, and still some without the curiosity to engage with neighbors. There are still some pockets of our country where it is permissible to paint broad generalizations about “others” from our biases and limited experiences. These challenges can only be resolved with community; and diversity can strengthen communities. I am encouraged to appreciate perspective while diving deeper – to forge new relationships that bring culture and tradition from all over the world to my neighborhood. And for that, I am better.

As citizens, we owe a duty to uphold the values of freedom, liberty, and equality for all. For public officials, however, the standard is, and must be, higher. Delegate Lisanti represents and legislates on behalf of thousands of African-Americans throughout her district and across Maryland. Since Delegate Lisanti’s disparaging comment about Prince George’s County, Speaker Michael Busch has taken the appropriate action to remove Delegate Lisanti of her responsibilities as subcommittee chair, take away her committee assignment, and engineer a unanimous vote of the House to censure her. But that isn’t enough. 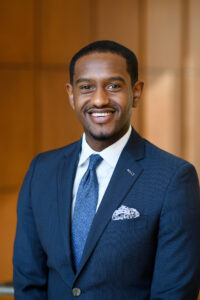 There are typically two routes that avail themselves when public officials apologize for racially-charged comments or actions. If their regret and remorse is sincere, the public can use this opportunity to create urgency for the embattled official to spearhead and advocate for policies on behalf of that community – or, the public can call for their resignation. Resignation is the only appropriate action for Delegate Lisanti.

Delegate Lisanti’s comments prove contrary to Lincoln’s “With malice toward none, with charity for all.” And for this reason, she cannot continue to represent Maryland.

The writer, a Prince George’s County native, is a dual degree candidate at The University of Pennsylvania Law School and Penn’s School of Social Policy and Practice. He previously served as an intern in the Obama White House.