During the 30 years I worked as a local journalist, professional considerations made me shy away from activism. Once I had left my last newspaper job and felt freer to take sides on matters of public interest, I knew where I wanted to focus my meager efforts.

We can find at the root of any number of problems — environmental degradation, mass incarceration, erosion of public education, a failing and brutally expensive health care system, and a military budget out of all justifiable proportion, to name a few — the overwhelming influence of monied interests on our government.

Campaign finance regulations, already toothless when the Supreme Court rendered its decision in Citizens United v. Federal Election Commission in 2010, do almost nothing to prevent billionaires, multinational corporations, shadowy nonprofits and, yes, labor unions from dictating the parameters of what government can and cannot do. Their interests, not those of the voters, dominate the attention of our elected officials at the federal level, and increasingly at the state and local levels too.

I lean left but found the nonpartisan nature of the campaign finance reform movement attractive.

Multiple pollsters have found that an overwhelming majority of Americans, regardless of party affiliation or ideology, believe that money has too much influence on public policy. Indeed, that such is the case and we still must fight an uphill battle for change shows just how indifferent to the people’s will our political system has become, and why an extraordinary solution is necessary.

In 2014, I discovered Get Money Out – Maryland. The all-volunteer group had over the preceding winter made its first attempt to persuade the Maryland General Assembly to pass the Democracy Amendment Resolution and was preparing another try.

The legislation, first proposed by constitutional scholar, state senator and now U.S. Rep. Jamie Raskin, would have Maryland issue a call for a convention of states under Article V of the U.S. Constitution to give Congress and the states the unquestioned authority to regulate the raising and spending of money for political purposes.

The convention would address this issue only. Article V does not provide for a “constitutional convention,” the phrase tossed around by people who believe we should forego a tool provided by our Constitution to combat just this sort of problem. And just like any amendment proposed by Congress, any amendment that comes out of a convention would require the approval of three fourths of the states to be ratified.

This seemed to me to be a great way to stick my toe into the water of activism.

This group had a clearly defined objective that I could help to achieve, a finish line that I could keep in sight to keep me motivated. Four and a half years later, we in Get Money Out – Maryland — along with Wolf-PAC, which is promoting like measures in state legislatures throughout the country — are still working toward passage of the Democracy Amendment Resolution. It passed the state Senate in 2015 but died in the House of Delegates. It passed the House of Delegates in 2018 but was stymied in the relevant Senate committee.

But we will still get this done. 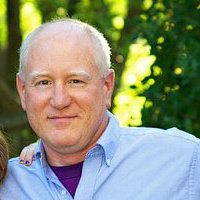 Doug Miller of Get Money Out – Maryland

After years of trying, GMOM and Wolf-PAC finally succeeded last year in getting strong support from the speaker of the House of Delegates, Michael Busch, who’d received petitions signed by 1,000 of his constituents. He became an enthusiastic supporter of the resolution, and the House committee that had refused to vote on it for two years passed it by a wide margin.

During the elections of 2018, we again focused on petitioning in the home districts of key legislators. In addition, 62 members of the General Assembly signed the “Pledge to Get $$$ Out” during the 2018 election campaigns.

We have demonstrated to the leadership in our legislature that we’re not going away, and they’ve found it impossible to ignore us and the wishes of their constituents, who are alarmed at the rapid erosion of democracy by the flood of money from special interests.

By organizing and taking this solution to the voters and the people who represent them at the state level, we will either force Congress to propose an amendment to address this crisis or go around it to accomplish the same.

It will happen. It’s a matter of time. The more people we can involve in this important work, the less time it will take, and the less time the monied elite has to profit at our expense.

The writer is a Get Money Out – Maryland board member who lives in Columbia.