“Simply put, it is unreasonable to expect these workers to continue to bear the brunt of the consequences of government shutdowns without offering meaningful financial assistance,” Hogan (R) wrote in a letter seeking relief from federal laws to allow the state to extend unemployment benefits to essential workers in future shutdowns. 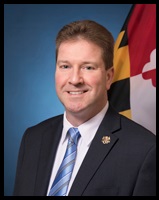 But at a hearing of the Joint Committee on Federal Relations in Annapolis on Monday afternoon, lawmakers – who touted the pending introduction of a bill that would address the unemployment benefit – pressed Maryland’s Acting Labor Secretary James E. Rzepkowski about whether the Hogan administration had done enough early in the shutdown to help federal workers.

Sen. James C. Rosapepe (D-Prince George’s) noted that other states enacted emergency rules to aid essential employees. He asked why Maryland had not done the same.

Dayne Freeman, assistant secretary for the Division of Unemployment Insurance, characterized Acosta’s guidance on the rule as a “line in the sand” cautioning states that the federal government wouldn’t provide any funding for unemployment insurance benefits offered to essential employees.

“We felt like we could not shoulder the burden of paying benefits to essential personnel without [the federal government] reimbursing us,” Freeman said.

When lawmakers asked whether Freeman doubted that federal workers would repay the funds, she said based on past shutdowns, not all overpayments to federal workers get repaid, and funds might not be repaid before annual accounting about the health of the funds, which could have a broader negative impact.

During the 2013 federal government shutdown, the state paid about 6,000 claims totaling between $2.1 million and $2.3 million to nonessential workers who were required to repay the benefit after receiving backpay. About $250,000 is left to be collected still, Freeman said.

Rzepkowski noted that Maryland was not alone in choosing to seek further guidance from Acosta before acting unilaterally. 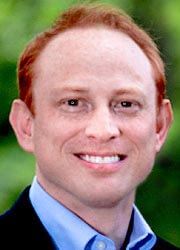 Sen. Jeffrey D. Waldstreicher (D-Montgomery), co-chair of the committee, questioned the value of sending the follow-up letter to the Trump administration on Monday.

Del. Jessica Feldmark (D-Howard) attended the afternoon meeting and then introduced emergency legislation during the evening floor session that would change the state’s definition for unemployment eligibility to provide benefits to essential federal employees during future shutdowns. The freshman delegate said she understood Freeman’s concern about the state’s financial burden, but said it was a matter of fairness to find a solution for essential workers.

The federal government shutdown provided an impetus for the joint committee, which typically completes most of its work during the interim, to meet during the legislative session. Waldstreicher and co-chair Del. Alfred C. Carr Jr. (D-Montgomery) said the purpose of Monday’s meeting was to explore issues relating to furloughs and shutdowns and seek possible solutions.

For instance, Waldstreicher said, he didn’t know before Monday’s hearing that Maryland’s Motor Vehicle Administrator Christine E. Nizer didn’t have discretion to waive or delay payments for driver’s license or registration renewals, which could help federal workers during a shutdown.

“We need to fix that and give her that discretion,” Waldstreicher said.

Cardin was headed back to Washington, D.C., on Monday afternoon for a meeting between Republicans and Democrats working on a long-term agreement to keep the government open.

“We’re optimistic that we’ll come up with a package so we don’t have to do this again,” Cardin said.

Lawmakers are working on legislation that would provide backpay for contract service workers, expand unemployment insurance benefits during future shutdowns, and a bill that would trigger an automatic continuing resolution to fund the government during future impasses.

Del. Marc Korman (D-Montgomery) mentioned that there was some concern that an automatic continuing resolution could eliminate the incentive for Congress to pass appropriations bills, particularly among members who oppose government spending levels.

“Obviously, the shutdown was terrible, but what ended it was as it got more painful, it became unbearable and brought everybody together to negotiate,” Korman said.

Cardin clarified that the legislation being sought would be temporary.

“I can assure you we are only looking for this automatic trigger for a year. We’re not looking at it beyond the Trump budget years,” Cardin said. “We’re just looking at it because we have an extraordinary situation with the person in the White House.”

Despite the tone of that statement, Cardin assured the committee that it’s a concern shared by Democrats and Republicans alike.

“We’ve got to take away from this president the idea that he can shutdown government,” Cardin said.

Despite its newfound relevance, the Joint Committee on Federal Relations will continue to meet only as needed. With the next deadline for a budget deal in D.C. on Feb. 15, the committee could re-convene for another meeting during the session.