Nearly a dozen members of the Maryland Senate have given at least six figures in campaign donations to help other candidates and campaign committees in the state, fundraising records show.

Since the current election cycle began in January 2015, Miller has transferred $1,151,314 to other political committees in the state, many of them the campaign finance accounts for members of his chamber.

Maryland Matters analyzed the giving patterns of all 47 current members of the senate by looking at how much their campaign finance entities reported transferring to other candidate and political accounts; senators may have made direct donations to campaigns in addition. Excluding Miller, the average amount transferred out of senators’ coffers to another political committee was slightly more than $56,000. Seventeen senators gave more than that.

Guzzone shrugged off the distinction, saying that many fellow Democrats invested in colleagues’ races this year, as Republicans fought to break the Democratic supermajority in the chamber. Guzzone, who was unopposed for reelection and is widely seen as a top contender to become Senate president whenever Miller departs, said he wanted to spend his time ― and money ― helping to get “good people” elected.

Eleven senators, Guzzone included, donated more than $50,000 to the Democratic Senate Caucus Committee, which spent heavily in races targeted by the Republican Party’s “Drive for Five” attempt to break the supermajority. Behind Miller, who invested $915,000 since 2015, Senate Judicial Proceedings Chairman Robert A. Zirkin (D-Baltimore County) transferred the most to the committee, $150,000.

Among senators, Zirkin was the third most generous member to colleagues, having transferred $191,666.64 to other campaign committees in the state since 2015. 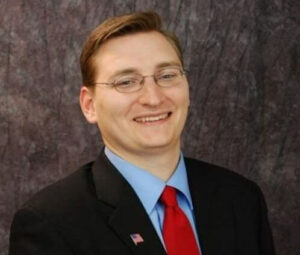 Republican Sen. Michael J. Hough (Frederick) gave the most from his party, and was the fifth highest donor in the chamber. He transferred $182,190 to other campaign committees including large sums to the Senate Republican Caucus Committee and the Frederick Republican Victory Slate, a committee that supported county-level candidates including businessman Craig Giangrande, who unsuccessfully challenged incumbent Sen. Ronald N. Young (D-Frederick).

The other members in the Senate who transferred more than $100,000 to other political candidates and committees this election cycle are:

Other notable donations include $46,000 given posthumously by the campaign committee of the late Sen. H. Wayne Norman Jr. (R-Harford and Cecil) and $29,000 given by former Sen. Nathaniel T. Oaks (D-Baltimore City) between June and August ― just before he reported to prison following a conviction for two felony fraud charges.