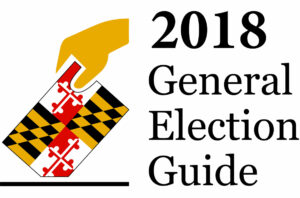 As soon as Gov. Lawrence J. Hogan (R) was elected in 2014, Democrats sought to cast his victory as an anomaly and assumed he, like the rare Republican governors before him, would be a one-termer. But they have watched in dismay as Hogan has only grown more popular and powerful in the intervening years. And even in this Democratic state, even in what is shaping up to be a Democratic year nationally, even with the albatross of the unpopular President Trump around his neck, Hogan is a strong favorite for reelection. Hogan has been anything but an activist governor — occasionally taking credit for measures that Democrats have passed. But after eight years of frenetic and often progressive governing by his highly ambitious predecessor, former Gov. Martin J. O’Malley (D), Hogan’s tenure has seemed like a balm to many voters – a welcome pause. Hogan has largely charted a moderate course and has governed like an old-line Maryland Democrat, taking care to avoid most legislative fights – especially over social issues. 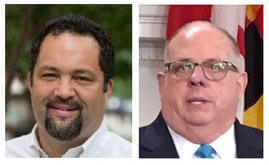 Hogan has also brilliantly used social media to drive home the message that he eschews all partisanship and pursues only “common-sense” legislation – a storyline that disorganized and dispirited Democrats have had a hard time disrupting. Hogan’s Democratic challenger is Benjamin T. Jealous, a former NAACP president making his first bid for public office. Jealous ran a smart, focused primary campaign against several more established opponents, aided by unions, progressive groups and big-time national liberal donors. He wound up winning by 11 points, thanks in part to a very liberal message that includes single-payer health care, free tuition for public colleges, and a $15 an hour minimum wage. But Jealous emerged from his primary broke, and unable to counter weeks’ of unanswered attacks from the well-funded Hogan and the Republican Governors Association, most of which cast him as a dangerous radical and temperamentally unfit to be governor. Add to that some unforced errors and the unease of some of the Democratic establishment with Jealous and it sure looks like an uphill battle for the tyro nominee. Maryland remains a Democratic state, and like most places there seems to be more Democratic energy this cycle than there was in 2014 and 2016, thanks to Trump. But while it could have an effect in down-ballot races, Hogan has largely inoculated himself by keeping his distance from the president. In fact, many Democrats like Hogan, and increased Democratic turnout may not hurt him at all. It’s looking increasingly as if Hogan will become the first Republican governor to win a second term since 1954.

Comptroller Peter V.R. Franchot (D) is a unique figure in Maryland politics. After an uneven 20-year career in the House of Delegates, he was elected comptroller in 2006 by knocking off a legend, incumbent William Donald Schaefer, in the Democratic primary. Franchot fashioned himself a progressive leader at the time, and he accused Schaefer, a former governor and Baltimore mayor, of being too close to then-Gov. Robert L. Ehrlich Jr., a Republican. 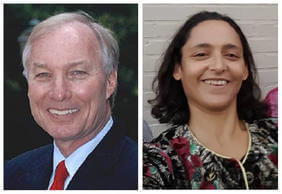 Now, ironically, Democrats and liberals are accusing Franchot of being too cozy with Republican Gov. Lawrence J. Hogan Jr. – with whom he is frequently joined at the hip. But even though he finds himself at odds with most Maryland Democratic leaders, Franchot has suffered zero political consequences for his apostasies. He did not have a single Democratic primary challenger this year, and his Republican opponent, accountant Anjali Reed Phukan, is an unconventional political neophyte who had $285 in her campaign account as of mid-August (compared to Franchot’s $1.5 million). Franchot will win a fourth term in November, and we can expect him to continue to align himself with Hogan on fiscal matters, rattle the cage of the Democratic establishment, and promote his favorite causes (like reforming Maryland’s liquor laws to help craft brewers). He’s singular politician with a singular perch and mission. He may infuriate people with his shtick, but he’s rarely boring.

Attorney General Brian E. Frosh, the Democratic incumbent, is one of the most decent guys in Maryland politics – and one of its most effective progressive leaders. 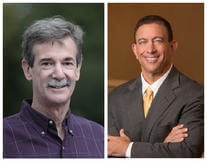 After 28 years in the General Assembly, Frosh was elected attorney general four years ago, where he was expected to be a staunch defender of environmental protections, civil liberties and consumer rights. He hasn’t disappointed. But with President Trump’s election in 2016, Frosh, like other Democratic attorneys general across the country, has increasingly turned his attention to litigating in federal court to protect his priorities. That has brought Frosh criticism from his Republican challenger, Craig Wolf. Wolf, a former trade association leader in Washington, D.C., and one-time local prosecutor in Western Maryland, accuses Frosh of giving short shrift to his crime-fighting duties. Wolf argues that Frosh ought to be spending more time working with local police and prosecutors to fight gang violence, opioid addiction and other public safety challenges instead of suing the Trump administration. Wolf is an aggressive first-time candidate with an interesting story to tell – including joining the military following the 9/11 terrorist strikes – and he seems uniquely equipped to unify Trump Republicans and Republicans aligned with Gov. Lawrence J. Hogan Jr., who is no fan of Frosh’s. But in a Democratic state, and with an incumbent as well regarded as Frosh, it’s hard to see Wolf pulling an upset. Through mid-August, Frosh had $1.25 million in his campaign account, compared to $160,000 for Wolf. The challenger has not ruled out dipping into his own pocket to bolster his campaign.