One of the giants of Montgomery County politics has started flexing its muscles ahead of the June 26 primary.

The Montgomery County Education Association, better known as the teachers’ union, started rolling out its picks for local offices Thursday. The teachers’ primary-day “Apple Ballot” is a coveted endorsement; only the blessing of The Washington Post editorial page is close when it comes to influencing Montgomery County political contests. 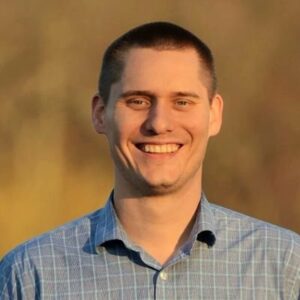 The teachers also endorsed in the two Council district races where there are competitive Democratic primaries, opting for Del. Ana Sol Gutierrez in the open-seat 1st District race, and activist Ben Shnider in the 3rd District, where he is taking on Councilman Sidney A. Katz.

The other three districts feature incumbents who are heavily favored for reelection.

Strategically, the teachers did not endorse anyone yet for county executive or for the fourth Council at-large seat. That’s no doubt designed to pressure the three councilmembers running for executive – Roger Berliner, Marc B. Elrich and George L. Leventhal – and the lone at-large councilman seeking re-election, Hans Riemer, to support the union’s priorities during upcoming budget deliberations.

Elrich has taken the lion’s share of union endorsements so far and has been endorsed by several progressive groups as well. He’s a former teacher, so it would not be surprising to see him get the nod for the Apple Ballot this time.

Gutierrez, who has served in the legislature since 2003, is a former member of the county school board who is often aligned with the teachers and other progressive groups.

Shnider has also been racking up endorsements from left-leaning unions and liberal groups. Earlier this week, Katz was backed for a second term by IAFF Local 1664, which represents the county’s paid firefighters.

The Post typically does not release its endorsements until closer to the primary. Just as typically, the newspaper’s recommendations tend to be diametrically opposed to those of the teachers’ union. The paper’s editorial page has been highly critical of public employee unions – especially MCEA – in recent years.

By Josh Kurtz  First of two parts The candidate filing deadline is just hours away. The Democratic candidates have selected their running mates —…