The candidate filing deadline is just hours away. The Democratic candidates have selected their running mates — with the exception, as of this writing, of Krishanti Vignarajah. The Democrats’ top prey, Gov. Lawrence J. Hogan (R), who has tried to appear above the political fray, acknowledged last week that the campaign is coming.

So what’s the state of the Maryland gubernatorial election?

“Don’t know” has an overwhelming lead in the Democratic primary – in the poll, almost half of Democratic voters were undecided about the seven candidates. This means that the primary contest, at least in theory, is wide open.

But with the primary now just four months away, the race appears to be at an inflection point.

Part of the reason the Democratic race appears so fluid is that most of the candidates aren’t very well known. And no one has done much yet to break out from the pack.

All of the candidates have been critical of Hogan, and they have sought to remind voters that the governor belongs to the same political party as President Trump. At a candidate forum in Baltimore this weekend, the seven leading Democrats were polite to each other and each pledged enthusiastically to support the eventual nominee.

Yet there’s evidence that the gloves may soon be coming off.

Last week, Maryland Working Families, a labor-affiliated group, pointedly reminded the world that it was supporting former NAACP president Benjamin L. Jealous in the Democratic primary – even though another candidate, Baltimore County Executive Kevin B. Kamenetz, had just selected a former Working Families official, Valerie Ervin, to be his running mate. It thanked Ervin for her service to the cause, but said it was “doubling down” on Jealous.

And the long knives are definitely out for Prince George’s County Executive Rushern L. Baker III, who leads the Democratic gubernatorial field among the candidates.

The Prince George’s County Education Association last week took a “no confidence” vote targeting Baker, the county school board he appointed, and school leadership in the wake of the scandal in which educators have been accused of inflating high school students’ test scores. The union is asking the General Assembly to restore the fully elected school board, which was dismantled by state law in 2013.

“The current structure gives all the power to only a few people – and takes away the voice of the educators, students and community members,” said PGCEA President Theresa Mitchell Dudley. “We’re tired of the way things are going, and we’re ready to do something about it.

Former congresswoman Donna F. Edwards, a close friend of Ervin’s who is running as an anti-establishment candidate in the race to replace Baker, held a news conference last week on the same topic, blasting the current school district CEO, Kevin Maxwell, and his leadership team for making campaign contributions to school board members and other local officials. Edwards derided the “pay-to-play culture in Prince George’s County” and said she would move to ban the practice if elected.

But this is the reality of modern politics: As the primary date draws nearer, the race will inevitably get nastier – and that’s the surest way for the candidates to distinguish themselves.

Another critical component of the evolving race will be how the gubernatorial contenders deploy their running mates. Will they be ace fundraisers? Attack dogs? Ambassadors to constituencies that the candidates don’t naturally reach? All of the above?

None of the choices for lieutenant governor is a game-changing superstar. And a gubernatorial ticket ultimately rises and falls on the performance of the person at the top.

But a running mate can also be a useful helpmate; he or she can also help advance a campaign’s argument and narrative.

In that respect, each of the Democratic candidates has made a pretty good pick.

Meanwhile, the General Assembly session is a little more than halfway over – and what happens in Annapolis could have some bearing on the gubernatorial election. Not only are there many policy matters to be settled – and one of the Democratic candidates for governor, state Sen. Richard S. Madaleno Jr., will be at the forefront of some of the debates – but the Democratic-led legislature has been a useful foil for Hogan.

The Democratic candidates for governor are all trying to present themselves as change agents to one degree or another – and some are hitting that point hard. But does the argument become muddied when Hogan frequently points to his efforts to counter “business as usual” in Annapolis?

The situation feels roughly analogous to the national political dynamic, where Democrats want voters to embrace them as the preferable alternative to Trump. And yet there’s Nancy Pelosi, waiting to ascend to speaker of the House, just as she was the last time Republicans’ majority was threatened, a dozen years ago. So the change message only goes so far.

When it comes to general election messaging in Maryland, here’s a depressing reality for Democrats: Hogan could have upwards of $10 million in the bank on June 27, the day after the primaries. Whomever emerges with the Democratic nomination will likely be very close to broke.

On Friday, U.S. News & World Report reported that the Democratic Governors Association is investing $20 million in eight swing gubernatorial states – and Maryland was not among them. To be fair, the expenditure, according to the article, was aimed at bolstering gubernatorial candidates in states where Democrats have been at a disadvantage in the redistricting process – and that certainly hasn’t been the case in Maryland.

But it still begs the question of how much help the national party is willing to provide Maryland Democrats as they look to take out the formidable Hogan.

Coming soon: An assessment of the Democratic candidates for lieutenant governor. 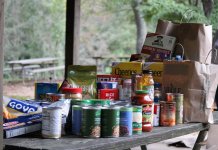 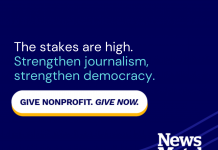 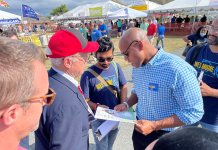