The chairman of the commission studying Maryland’s education policy and funding formulas told legislative fiscal committees Tuesday that despite being ranked among the best in the nation in years past, state schools are actually in the “middle of the pack” in the United States.

William E. “Brit” Kirwan, chairman of the Maryland Commission on Innovation and Excellence in Education, went on to point out that since the United States is similarly ranked in the middle internationally, Maryland schools are in the middle of the middle in terms of ranking. 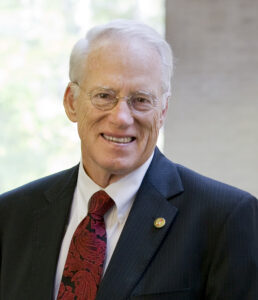 “There’s a certain complacency, I fear, about schools in Maryland because we have heard time and again that Maryland schools have been rated [among the] best in the nation,” Kirwan said. “But this rating that we are very proud of, and which does make us all feel good … doesn’t focus on the most important thing – student outcome assessment, how are our students actually doing on assessments of what they’ve learned.”

“So, what this tells us is that Maryland schools are a long, long way from performing at the level of ‘the best system,’ ” he said.

He went on to outline certain preliminary findings of the 25-person commission, including shortcomings of funding formulas for school systems in the state’s poorer jurisdictions, needed improvement for recruiting and keeping teachers, and more support for at-risk students.

In his presentation to fiscal committees of both houses, Kirwan seemed to be setting the stage for the commission’s final report, which would be finished and released sometime later this year, in which revised funding formulas and a complete change in education and policy direction is expected to be recommended.

He said that accountability would be key to selling an increase in education funding and reallocation.

The first order of business this year, he said, was to ask lawmakers to introduce legislation this year extending the life of the panel, commonly known as the “Kirwan Commission,” which was to have completed its work by Dec. 31, 2017, after having already met for a year-and-a-half. While the commission has not yet decided on a new end date, it is not expected to be beyond the end of 2018.

Additionally, Kirwan said, the commission will ask lawmakers to introduce legislation to increase funding for prekindergarten expansion grants and to establish a grant program for schools with high concentrations of poverty to pay for afterschool and summer programs, as well as a study to determine the effects of those programs.

Del. Maggie McIntosh, the Baltimore Democrat who chairs the House Appropriations Committee and is a member of the Kirwan Commission, said she believed some of what Kirwan had to say surprised “most legislators” – and most members of the community.

“We’ve been patting ourselves on the back needlessly,” McIntosh said.

One of the findings, which he termed “troubling,” was the underfunding of poorer schools.

“We spend as a state, both state and local funds, 5 percent less on schools serving poor students than we do on schools serving wealthy students,” he told lawmakers. “That came as a shock…. We can’t allow that to continue; that has to change.”

— Maryland’s funding system for K-12 education is the 15th most regressive in the nation.

— Maryland teacher salaries are 40 percent below salaries for professionals with comparable education.

— The interest in teaching is in “great decline” in Maryland, following a trend across the United States.

For example, Kirwan said, the University of Maryland College Park in 2016 admitted 4,500 students, but fewer than 100 identified “teaching” as a career choice. At Towson University, which “is supposed to be our big producer of teachers,” only 5 percent of students are opting for teaching as a career, he said.

— Of those new teachers, only half of them go on to teach at Maryland public schools.

Among the commission’s recommendations, Kirwin said:

— Better preparing teachers for classroom by teaming with school systems where they will be teaching.

— Expanding the pool of “high-quality teachers” by making certification standards more stringent than the current national standardized PRAXIS tests used. Maryland applicants now have a 98.4 percent pass rate of the PRAXIS test – and it should be more difficult than that, Kirwin said.

A board established to implement Maryland’s comprehensive education plan recommended a proposed timeline to have it done in phases.

A day before a major deadline, Maryland’s education reform oversight board on Monday approved a new timeline.