On Wednesday, Gov. Larry Hogan (R) announced that Maryland and the eight other Northeastern states in the Regional Greenhouse Gas Initiative had agreed to new limits that would cut carbon pollution from power plants by an additional 30 percent over the next several years.

He trumpeted it in the usual way.

“Maryland is committed to finding real bipartisan, common sense solutions to protect our environment, combat climate change, and improve our air quality,” Hogan said in a statement. “By working together, we are showing that it is possible to find consensus to protect our natural resources, promote clean energy, and grow our economy for current and future generations.”

The announcement immediately won plaudits from environmental groups, natural allies of the Maryland Democrats who will be working to deny a Hogan a second term next year.

As for the Democrats themselves?

They appear headed for a civil war over the removal of the Roger B. Taney statue from the State House grounds in Annapolis.

State Sen. Anthony Muse (D) on Wednesday called on his fellow senators to censure Senate President Mike Miller (D) for Miller’s supportive comments about Taney, the late Supreme Court justice who authored the 1857 Dred Scott decision likening slaves to property. Muse urged his colleagues to “send an unequivocal message” to Miller that he erred by decrying the hasty decision to take down the Taney statue last week, and by suggesting that Taney’s long career warranted in-depth exploration.

“In light of the tragic and violent events in Charlottesville and concerns about promoting and inciting a climate of racial hatred and division in our nation, I would hope that the majority of my colleagues will join me in strongly rebuking the Senate president’s remarks as well as those expressed by President Trump and others who would defend what Justice Taney stood for,” Muse said.

Muse, whose foremost agenda item is usually self-promotion, is often at odds with his fellow Senate Democrats. But this time, he may have articulated what many Democratic lawmakers are thinking. 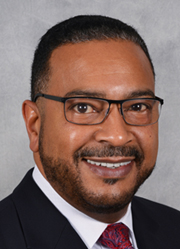 This is not just another example of Muse popping off and grandstanding to jump-start his struggling campaign for Prince George’s County executive. At the very least, he exposed new fissures in the ever-fractured Democratic Party.

Even if you take Miller at his word that he finds the Dred Scott decision abhorrent but favored a more measured conversation about Taney’s legacy — and there’s no reason not to — you can certainly fault him for being politically tone deaf. It’s been a long time since Miller, a master strategist who almost always knows where his caucus is headed, has seemed so badly out of sync with his colleagues.

What’s more, he gift-wrapped a victory to Hogan, who worked quickly to distance himself from Trump by changing his own position and moving to get the Taney statue taken down. How can Democrats reasonably try to link Hogan with Trump when their own veteran and politically sophisticated leader is, optically at least, on the wrong side of this issue?

But these are the times we live in. In the age of glib and media-savvy politicians like Trump and Hogan, where there are few nuances and opinions are expressed in lightning-quick fashion, how can any strong and strategic leader really expect compromise and rational thought to prevail?

Which leads to the next, uncomfortable question, couched in an overused sports metaphor: Has Miller lost a little zip on his fastball?

This is not the first time in recent months his missteps have provided Hogan a victory: Remember how Hogan outfoxed the Democrats on fracking during the legislative session, winning political points with another flip-flop? Remember how Senate Democrats’ maneuverings on two of Hogan’s nominees — Health Secretary Dennis Schrader and Planning Secretary Wendi Peters — provided the governor with a chance to get the upper hand by suggesting that Miller was shaking the administration down, even though opposition to these two nominees was perfectly defensible?

Earlier this summer, even with most of the attention focused on the House of Delegates and the failing health of and possible succession to another veteran leader, Speaker Mike Busch (D), a rumor started floating around Annapolis that Miller might step down before the end of the year.

The storyline, fantastic (not terrific) as it sounded, went something like this: Miller turns the gavel for one year over to Senate President Pro Tem Nathaniel McFadden (D), who’s got political troubles of his own, enabling McFadden to make history by becoming the first African-American Senate president for one year and then stepping down gracefully.

This sets up a fair fight among those seeking to become Senate president in 2019 — meaning that to curry favor with their colleagues, they’re pumping tons of money into competitive state Senate races — at the same time taking away the Republicans’ general election argument that vulnerable Democratic senators are pawns of Boss Miller. Miller gets to go out on a high, with a graceful gesture to a loyal longtime colleague and a veto-proof majority intact, before inevitable Democratic Senate losses in 2018.

The rumor only went so far — and discounted Miller’s own pride, thirst for the fight, unknowable personal timetable, and apparent desire to hang on at least through part of a potential Hogan second term and the next battle over redistricting. And the chatter seemed to evaporate as soon as Hogan began to question Miller’s integrity on the Schrader nomination.

Yet now Miller may find himself in a position where fellow Democrats, and not just Republicans, are campaigning against him.

Will the controversy over the Taney statue change the equation for Miller — and his relationship with his restive caucus? Larry Hogan, who keeps racking up easy victories, is surely enjoying the spectacle.

Del. Walker Won’t Seek Reelection or Run For Any Other Office This Year

Walker’s decision to retire from politics for now leaves wide-open races for the Senate and House in District 26, which takes in a significant chunk of southern Prince George’s County.

Opinion: In Praise of Jamie Raskin, and Others Like Him, This Stonewall Anniversary

As I prepare to travel back home to New York for the 50th anniversary of the Stonewall Uprising this weekend, I’m reading the preparatory…