Comptroller-elect Brooke Lierman (D) is announcing Monday the first major appointments of her senior leadership team as she prepares to take office on Jan. 16.

Lierman has tapped Rianna P. Matthews-Brown to be her chief of staff, and said that Andrew Schaufele, a mainstay in the comptroller’s office for 13 years, will serve as chief deputy comptroller.

Matthews-Brown is a veteran government manager who has also worked in the private sector, spending seven years at Johns Hopkins University, most recently as deputy chief of staff to President Ronald Daniels. She has also been director of university initiatives for Daniels and has also been part of the university’s government affairs team.

Matthews-Brown has also worked for the Maryland Department of Health, as chief of staff for behavioral health, as chief of staff at the Baltimore City Department of Health, and as an assistant legislative director for the Service Employees International Union. She has also worked on Capitol Hill, for the late Maryland Sen. Paul Sarbanes (D) and for U.S. Sen. Dick Durbin (D-Ill.) and for U.S. Rep. Jim McGovern (D-Mass.). 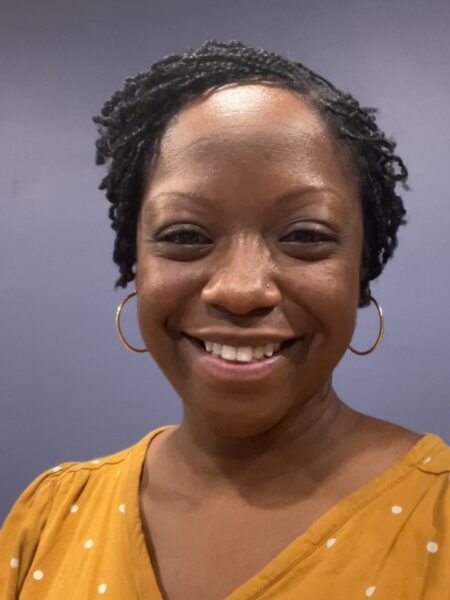 Rianna Matthews-Brown. Photo from the office of the comptroller-elect.

Matthews-Brown is a Baltimore native who lives in the city with her wife and two children, ages 6 and 2.

“This is such an exciting time to join the team and help transform how Maryland does business,” said Matthews-Brown said. “Brooke has an expansive view of how this office can be more engaged in directly supporting families, communities, and businesses, and I am grateful for the opportunity to play a leading role in shaping this agency and turning her vision into action for all Marylanders.”

Schaufele is one of the most respected fiscal analysts in Maryland, and has worked in a variety of capacities for outgoing Comptroller Peter Franchot (D). He has served as deputy comptroller since January, and prior to that, was chief of the Bureau of Revenue Estimates, an arm of the comptroller’s office, for several years.

“This agency plays an important role in the day-to-day functioning of our state and I look forward to working with the entire team to take it to the next level for all Marylanders,” Schaufele said.

Andrew Schaufele. Photo from the office of the comptroller-elect.

Lierman is putting together her team at an unusual time in state government and politics, with a new governor, a new lieutenant governor and a new attorney general taking office at the same time she is. Also, seven of the eight leaders of Maryland’s “Big Eight” jurisdictions are Democrats, so the competition for top staff talent across the state is palpable.

“I am thrilled to have Rianna and Andy as partners in this work.” said Lierman, who is wrapping up her second term as a delegate representing Baltimore City in the House of Delegates. “Both Rianna and Andy have the experience, skills, and creativity to support the transformation of the Office of the Comptroller into an innovative, accessible and more transparent state agency. We are all dedicated to building an agency that makes government work better for families and businesses, and acts boldly to build more prosperous communities.”

Gov.-elect Wes Moore (D) has announced about a dozen key appointments for his new administration so far, with more announcements expected later this week.