If successful, Anderton — who pulled off a major upset when he ousted then-House Appropriations Committee Chairman Norman H. Conway (D) in the November 2014 general election – would head up the most populous county on the Eastern Shore, with almost 105,000 residents. Nearly one-third of them reside in the city of Salisbury.

Anderton will be competing for the appointment with four-term Wicomico County Councilman Joseph B. Holloway (R) and at least two other applicants who submitted their names by the Tuesday deadline. The list could grow further, if applications received by mail later this week were postmarked by Tuesday.

Culver was in his second term at the time of his death from liver cancer, and his successor – scheduled to be appointed on or before Sept. 9 by a majority vote of the Wicomico County Council – will fill out the more than two years remaining in Culver’s term, and then be eligible to run for a four-year term in 2022.

Because Culver was a Republican, the appointee must also be a Republican under the terms of the county charter – even though three members of the seven-person County Council that will make the decision are Democrats. 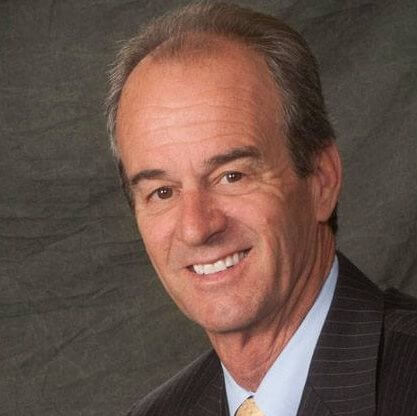 Besides Anderton and Holloway, the applicants so far include former county Finance Director Michele C. Ennis, who served in that position under Culver; and Rene Desmarais, who lost a primary bid for House of Delegates in 2014. The County Council is tentatively scheduled to interview the applicants next Tuesday.

Anderton – mayor of the town of Delmar prior to his election to the General Assembly – said he had not been looking to move from his seat in the House of Delegates.

“Outside of my wife and kids, it’s been the highlight of my life serving my neighbors in that capacity,” he said in a telephone interview. “But due to the unknown fiscal constraints that are going to be coming our way in the next year, I felt that I could probably serve my neighbors just as well in this [county executive] position — using the connections and friendships we’ve made in the General Assembly to help us continue to secure funding as needed, and move legislative priorities forward.”

He said that, if appointed, he would run for a full term as executive in 2022.

Perhaps the most surprising applicant for the vacant post was Ennis, who recently departed as finance director — more than a year after the County Council had overwhelmingly rejected her appointment by Culver in July 2019. But she remained on the job, with Culver contending the decision on her appointment was his alone to make.

It was one of a series of disputes that Culver had with the Republican-controlled council during his tenure, arising from conflicting interpretations of the county charter that has been in place since Wicomico first went to a county executive form of government in 2006. Culver frequently crossed swords with Councilman John T. Cannon, a fellow Republican who was council president for five years beginning in 2015.

One dispute in early 2019 prompted Culver to send a sharply worded letter – first disclosed by WBOC-TV in Salisbury and later released in full – demanding that Cannon resign as council president. The council, in a response approved by majority vote, rejected Culver’s demand.

In early speculation following Culver’s death, Anderton and Cannon had been widely regarded as the leading contenders for the county executive post. But Cannon, now the council’s vice president, Wednesday cited the demands of the property management firm he runs in deciding not to seek the executive post.

“It was one of the most difficult decisions I’ve had in quite a while,” Cannon, now in his third term on the County Council, said in a phone interview. “It would have been a really great opportunity…But I still have my company to run, and it would be impossible for me to put this company on hold for two years to direct my efforts toward the county.” Similar factors prompted him to step out of the council president’s role at the beginning of this year, he said.

He said that his differences with Culver had not played a role in his decision regarding the executive’s job. Referring to his critics, he added: “Quite often, they sort of framed my position as a [shadow] executive [who] wanted his job. That couldn’t be further from the truth.”

“There were many differences that the council as a whole had with the executive – I was sort of the point guy because I was president of the council.”

Overhauling the county charter – subject to voter referendum – to curtail future executive-legislative disputes could be a major task facing both branches of the Wicomico County government in the foreseeable future.

“We are putting a substantive focus on making sure we can review the charter to know what is the real role of the executive versus the legislative branch — because they have definitely been blurred over the last couple of years, and it’s caused immense headaches for the county,” said Councilman Joshua A. Hastings (D), elected for the first time in 2018.

Said Anderton: “I would have no issues supporting a charter review committee, and to try to get questions on the ballot as quick as possible. I believe the charter is a living breathing document, and in order for it to be so, you have to constantly look at ways to improve upon it.”

He added: “This county executive experiment was established in 2006…I’m looking to really push the envelope as far as inclusion, as far as communication… We have to do a better job of communicating.”

Wicomico County, which ranks 13th in population among the state’s 24 major jurisdictions, is one of nine Maryland counties with a county executive form of charter government.

On the policy front, there appears to be bipartisan consensus that the major issue facing the next Wicomico County executive is – like most of the other jurisdictions on the Eastern Shore – economic development.

“We have to find a way to be competitive,” said Anderton. “We are in a geographically disadvantaged location with Delaware to our north and Worcester County to our east. Look at West Ocean City — the development that is going on there. Look at along the beaches of Sussex County [Delaware].”

“So we have to get creative, and I believe that working with this council, we can come up with options to encourage commercial growth.” He cited the proximity of the NASA facility at Wallops Island, about 50 miles south of Salisbury. “We should be maximizing that,” he declared.

Hastings said one of the major issues facing the county is expansion of sewer and water service. “I believe that we are currently the only county in the state that doesn’t have a county-run water and sewer system,” he said, noting that steps necessary to remedy that are being taken.

He, too, pointed to adjacent Sussex County. “They build thousands of homes. We literally build around 100 a year. It’s a very big difference,” he said.

Hastings credited Culver with working to attract federal and state funds to expand Salisbury Regional Airport, now the state’s second largest. “Salisbury Airport is facing a dramatic expansion. That’s where we can see a lot of growth for the county,” he said.

At a 75-minute memorial service, hours before the filing deadline for those interested in filling his job, Culver – 67 at the time of his death – was lauded for many of the infrastructure projects he undertook, as well as his work ethic. “He never sat idly by,” Weston Young, the county’s former assistant director of administration, said of Culver – who became Wicomico’s second county executive when first elected in 2014.

And several speakers pointed out that Culver’s last public act – six weeks before his death – was to participate in the removal of a monument honoring a Confederate general.

A number of those eulogizing him also acknowledged Culver’s contentious side. “Bob knew he couldn’t please everyone. And many days he didn’t. Consequently, he had his share of enemies,” said Wicomico County Sheriff Michael A. Lewis (R), a Culver friend who acted as an informal master of ceremonies. “But show me a man who has no enemies – and I’ll show you a man who has never stood for anything. Bob Culver stood firmly on his beliefs, and everyone in this room knows that.”

Turning his attention to those vying to succeed Culver, Lewis added: “It is my hope that Bob’s successor….will have the temperament, tenacity and vitality to carry on a legacy that few leave behind, that Bob’s successor will be a visionary and a beacon for this entire region.”

Gov. Lawrence J. Hogan Jr. and Democratic leaders in the General Assembly have agreed to partially restore local road and bridge funding that was…