So here sits the City of Baltimore, plop in the middle of a fast-spreading extinction, its streets littered and in need of a massive sweep-in, its traffic lights are an erratic blink a block, laying off workers to save on costs, already $50 million short of paying its bills, half the population eating from soup kitchens and other charities, its businesses collapsing or disappearing into mergers, broke and ready to borrow from its rainy day fund, and a prospective mayor is worried about the structure of government and prepared to spend up to $275,000 a year on another unnecessary salary.

Or, as H. L. Mencken observed in a letter to a friend, “I hope you can come and visit Baltimore one day and let me show you the ruins of a once great medieval city.”

The duel over the creation of an office of city administrator is a spitball contest between City Council President Brandon Scott and Mayor Bernard C. “Jack” Young, whom Scott whacked in the primary election for mayor. 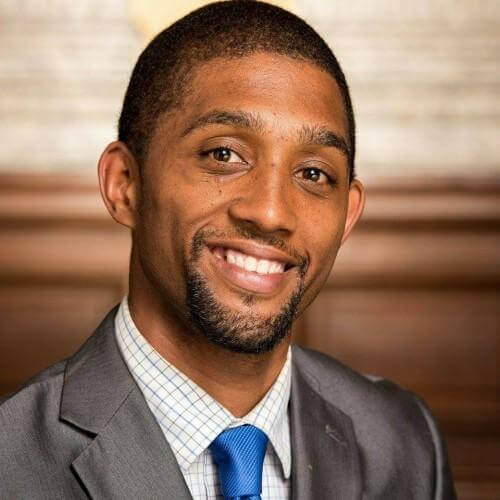 Young vetoed the proposed Charter Amendment to establish the office of city administrator, but the City Council, reacting like Scott’s ditto heads, and validating its earlier approval, overrode the veto, which automatically sends the issue to the voters in November (if there’s an election). Best to be on the side of the winner than the loser.

In his veto of the amendment, Young made a pregnant point: Why inscribe a job for a bureaucrat in the City Charter and create a forever position that can only be revoked by another trip to the polls by the voters?

Put another way, if you need help governing, budget the job in the normal fashion and award the position to a political crony and get it over with.

At the same time, Young signed a companion amendment which, in a foolhardy move, will allow the City Council to shift funds among programs in the budget. This, too, is up to the voters. There’s a compelling reason why that authority doesn’t exist already.

Whee, the people. Charter Amendments and other ballot questions usually win near universal approval in Baltimore because, frankly, most voters are oblivious to what they’re voting for. And the folks in the ballot business know that when they draft those compressed 60-word summaries that are supposed to illuminate the questions but do precisely the opposite.

For the history books, the City Charter, in its current form and after a year of hearings and meetings — and though there have been changes over the years — was designed circa 1963-64.

The Charter Revision Commission’s executive director was former U.S. Sen. Paul Sarbanes, then a young Harvard lawyer with the blue-chip law firm that was known at the time as Venable, Baetjer & Howard, now merged and truncated to Venable LLP.

The mayor’s control over the allocation of funds in the budget is modeled deliberately on state law. The General Assembly, as with the City Council, can cut funds but it cannot add or shift money among programs. And for good reason.

The Assembly, in 1917, spent the state into bankruptcy with its spending-spree habits, and it was for that reason that the so-called executive budget system was adopted in Annapolis and eventually spread to subdivisions, such as Baltimore. The mayor, as does the governor, has almost total control of the budget.

The shift of funds among programs can lead to all sorts of bargaining and you-lubricate-my-district, and I’ll-lubricate-yours trading among Council members as well as favoritism to certain campaign contributors, constituencies and squeaky-wheel activists. Haven’t we had enough of that?

The office of city administrator is an expensive redundancy if a mayor measures up to doing the job they were elected to do. The office of administrator may, perchance, though, serve to paste over official inadequacies where they exist, and, in that case the “my-bad” belongs to the voters who made the choice at the ballot box. Yet again, an administrator can make a lackadaisical mayor appear downright hyper-active.

A cautionary note: When it comes to government rhetoric, always beware of the words “reform” and “change.” Tough they may appear to mean one thing, they usually imply that someone, or many someones, are about to get screwed.

Teachable moment: Back in the bad old 1960s, a conservative activist named Joseph McDowell, Maryland born and educated, was named city manager of Newburgh, N.Y. His major undertaking, which was actually outside the scope of his job, was to advance a “reform” program to scale back welfare benefits and crack down on its recipients with such things as penalizing women for having “illegitimate” children.

Though acting as an independent agent even though he was a city employee, McDowell was able to enlist the support of Newburgh City Council members to give his program the aura of authenticity and the stamp of municipal approval.

But McDowell soon ran afoul of New York state government and the courts, which issued injunctions against McDowell’s program of penalties and denials. McDowell was eventually charged with bribery, though the charges were dropped, and he was drummed out of government and expelled from the City Manager’s Association. McDowell’s short, turbulent reign lasted barely three years.

There are other instances where city administrators, or managers, have crossed purposes with either a mayor or City Council. In Ann Arbor, Mich., recently, for example, the city manager was appointed by one mayor and City Council, but the next election undid the existing goodwill through a massive turnover in elected officials. The relationship soon soured.

City administrators are usually appointed by a mayor. They are supposed to bridge the gap between politics and the day-to-day administration of city services. So in Baltimore, you know we’d be in trouble from the get-go.

In most cities that have such a position, all departments report to the city administrator who, in turn, reports to the mayor and, presumably, the City Council. By now, for crying out loud, reasonable people are wondering what the heck the mayor would be doing for the $180,000 salary (beginning Jan. 1) – play Tic-Tac-Toe on an Iphone all day?

Both Charter Amendments – the city administrator and the diluting of the mayor’s budgetary powers – were among a handful that were originally proposed by Scott. Another would give 16-year-olds the voting franchise – an attempt to perhaps broaden Scott’s political base. But hey, the truancy rate in Baltimore being what it is, there’s no need to worry about 16-year-olds showing up at the polls.

Right now, Baltimore does not need a buffer between its shrinking population and its elected officials. And it especially does not need a bureaucrat who’s responsible to no one but the mayor and who is not accountable to the voters when snow is not plowed and trash is not picked up and the murder rate is one of the highest in the nation.

That’s why voters elect mayors – to lead and to govern, and not to slough off work-a-day chores to anonymous bureaucrats.