State legislators aren’t happy about the way Maryland’s June 2 primary was handled – and spent two hours on Tuesday afternoon grilling elections officials over glitches, during an online meeting of House and Senate committees that oversee elections.

Maryland’s first largely vote-by-mail primary election saw high voter turnout, but didn’t go without a hitch. Many voters, particularly in Baltimore City, got their ballots late or didn’t receive ballots at all. Some voters reportedly got wrong or misprinted ballots, or had to wait for hours in long lines at the few open polling centers. 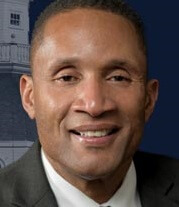 “In these majority Black areas, time and time again, we have problems,” Ellis told members of the Senate Education, Health and Environmental Affairs and the House Ways and Means committees.

Elections officials offered no easy answer to legislators’ concerns about the disproportionate impact that elections errors had on voters of color. Maryland State Board of Elections Chairman Michael R. Cogan said he wasn’t sure if data on wait times for Black voters had been examined in Maryland.

“I think it would be useful to take the information that you have indicated and, in fact, make that kind of comparison,” Cogan told Ellis. “We take seriously any deficiencies in the voting system.”

In a letter to legislators, leaders from Common Cause/Maryland, the League of Women Voters of Maryland and the Lawyers’ Committee for Civil Rights Under Law outlined a variety of challenges voters faced.

Those challenges included voters having trouble finding ballot drop boxes, drop boxes being full when voters arrived, a lack of accessible parking and “an overwhelming number of complaints about candidates and their campaign staff or volunteers at vote centers with no masks with no visible hand sanitizer to use regularly while handing out materials.”

The letter recounted lengthy wait times for in-person voting in Baltimore. Some older voters and voters with disabilities reportedly couldn’t stand in the long line at Edmondson High School.

Vendors caused many of the errors in the primary, elections administrators told lawmakers. Linda H. Lamone, the state’s top elections administrator, again told lawmakers that a printing vendor, SeaChange, was responsible for late ballot deliveries and ballot misprints. Lamone said SeaChange lied to officials about when ballots would be delivered. The Minneapolis-based printing company has, in turn, blamed elections officials for the errors.

Lamone and Cogan didn’t say whether the state would be suing SeaChange for breach of contract, but they noted that they are looking for a new printing vendor for the November general election.

Lamone reminded lawmakers that election officials had only six weeks to prepare for a primarily mail-in election after the special general election. The primary, originally scheduled for April 28, was pushed back due to the coronavirus pandemic.

Lamone agreed with Mosby, and said elections staff would try to be more transparent in the future.

Despite its errors, Armstead B.C. Jones Sr., the Baltimore City Board of Elections director, said more than 157,000 Baltimoreans voted during the primary – higher than the 2016 primary election.

Stan Ward, a Department of Legislative Services policy analyst, told legislators that some research has found that vote-by-mail elections may increase turnout for more wealthy voters, but decrease turnout for those with a lower socioeconomic status.

Maryland was among 15 states that pivoted toward vote-by-mail elections in the midst of the pandemic. Washington, D.C., also had mail-in efforts, Ward said.

Other areas reported moderate to severe setbacks for in-person voting. Many D.C. voters didn’t receive their ballots, and in Georgia, a shortage of poll workers led to a reduction in polling places, and long lines meant voters had to wait hours to cast ballots.

State and national elected officials have called for an investigation of errors in Maryland’s elections. Members of Maryland’s Congressional delegation praised state legislators for looking into the June 2 primary and promised to pursue additional federal support for elections in November.

“Your inquiry, inclusive of input from the Maryland State Board of Elections (‘SBE’) and its staff, as well as local election boards, will reveal what worked and what did not,” members of the Congressional delegation said in a joint statement. “It will ensure that Maryland is able to conduct the November election with the confidence that every voter will have access to the ballot box and that every vote cast will be counted.”

Some officials have called for Lamone’s resignation – but ousting her would be no easy task, thanks to a 2005 law requiring the State Senate to approve a replacement before she could be removed.

The Maryland State Board of Elections is set to conduct its own review of the June 2 primary at a meeting this Thursday. Lamone said the primary election, errors and all, “taught us a great deal.”

Funn’s death comes at a critical time for the state elections board, as it works to certify the results from the primaries and prepares for the general election.