This is the second in a series of stories called “Under New Management,” looking at the five highly populated Maryland counties with new executives.

On a recent rainy night in Annapolis, hundreds of people were crammed into two steamy rooms in the Asbury United Methodist Church on West Street to air their grievances about gun violence and the shoddy condition of public housing units in the city. Tension filled the air.

Leaders of the group Anne Arundel Community Together, a relatively new coalition of church, community and progressive leaders, issued a series of demands to the handful of elected officials in attendance. Democrat Steuart Pittman, six months on the job as Anne Arundel’s county executive, stepped forward to receive them.

“I used to do community organizing,” he told the crowd, “but you guys are so much better. I’ve got tears in my eyes.”

A few nights earlier, on the other side of town, the three women who represent Annapolis in the Maryland General Assembly were holding a town hall in a high school auditorium, talking about the recent legislative session and their plans for the year ahead.

State Sen. Sarah K. Elfreth (D) is 30 years old; Dels. Alice Cain and Shaneka Henson (D) are 51 and 35, respectively. All are less than a year into their terms. Their predecessors – all white men, including the late House speaker Michael E. Busch (D) – were a generation or two older. 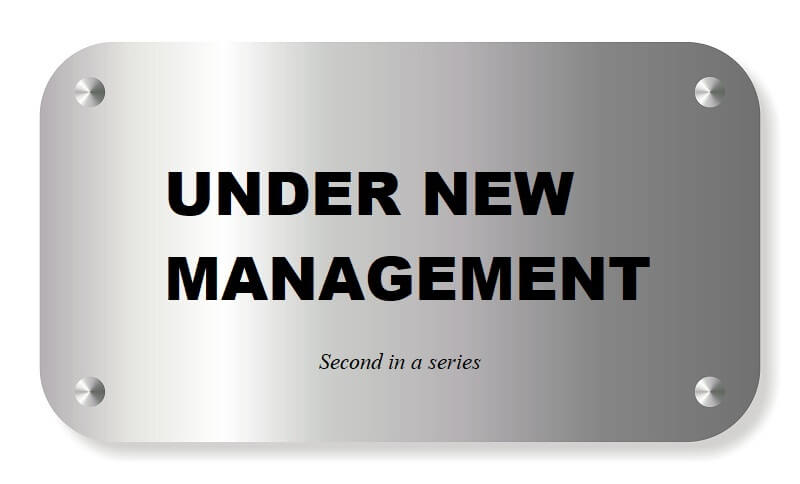 “If you walk away with anything tonight,” Elfreth told the 100 or so people in attendance, “please know that we can’t do our jobs without you.”

These two public meetings speak volumes about the changes underway in Anne Arundel County – one of the fastest growing and most politically diverse and volatile jurisdictions in the state. Political change took place across Maryland in 2018, and Democrats made gains in all the major jurisdictions.

But nowhere was the change more profound than it was in Anne Arundel County – a conservative county with a few liberal enclaves that had been trending Republican for several election cycles. That trend screeched to a dramatic halt in 2018 – meaning Anne Arundel, which will soon replace Baltimore City as the fourth most populous jurisdiction in Maryland, is shaping up to be the most competitive county in the state.

“The reputation that Baltimore County has as the great purple battleground of Maryland politics is actually more descriptive of Anne Arundel County,” said Len N. Foxwell, chief of staff to state Comptroller Peter V.R. Franchot (D), and a political strategist for a quarter century.

Last November, Pittman became the first Democrat to be elected county executive since 2002. Democrats flipped control of the county council and picked up two seats in the legislative delegation.

All eight of the county’s freshman Democratic state lawmakers are more liberal than their predecessors. The Democrats ousted the county’s veteran prosecutor, too. At the same time, three of the most conservative Republican incumbent officeholders in the county lost their reelection campaigns or bids for other offices.

But there are real questions about whether these victories are sustainable – or whether Democratic gains were more the product of a bad election cycle for the GOP nationally, a Republican county executive Steve Schuh, who had butted heads with key constituencies and seemed too cozy with developers, and unprecedented energy among women activists, teachers and voters spurred to action by the election of President Trump.

“My lens on Anne Arundel in 2018 is similar to what happened in 1998,” said Dirk Haire, the Maryland GOP chairman whose wife, Jessica, is a Republican member of the Anne Arundel County Council. “You had a year that was generally good for Democrats – high Democratic turnout. And then on the margins you had a Republican county executive who was constantly being attacked in the papers for many differences with the public employee unions.”

Anne Arundel is a place of remarkable diversity – rural and agricultural in South County, historic and touristy in and around Annapolis, conventionally suburban in other areas, urban and working class near Baltimore City, and changing and hard to define politically in western communities near BWI airport and the National Security Agency.

While many are defined by their proximity to water, “you’re talking about communities that have absolutely nothing in common except for the umbrella jurisdiction,” Foxwell said. “They only send their property tax checks to the same place.”

Pittman, who is 57, in many ways seems an unlikely leader for Anne Arundel County. He’s a horse farmer and former organizer with the defunct group ACORN, who made his first run for political office last year. He was elected on a full-throated progressive agenda, which he is attempting to put into place now.

But Pittman, who beat Schuh by 4.7 points, said he saw overdevelopment – or at least the perception among voters that they had very little control over the development process – as the defining and unifying issue of 2018.

“Development changed the political equation,” he said. “People needed somebody they could trust to take charge of the development process and check it and not let developers have too much say.”

He is moving swiftly, some people say, out of necessity – because he can’t bank on a second term.

Perhaps as a result, Pittman has spent a lot of time listening.

He held seven town hall meetings on the county budget, which was adopted last month. With the county due to revamp its general development plan in 2020, Pittman’s administration has held 15 of 17 scheduled community forums on growth and development around the county.

“As an old community organizer, you learn you don’t just shove things down people’s throats,” Pittman said. “You listen.”

Most significantly, Pittman passed tax increases through a county council that divided 4-3 along party lines. The measures raise the income tax from 2.5% to 2.81% and property taxes from 90.2 cents to 93.5 cents per $100 assessed value. The average household will wind up paying about $440 more a year, according to administration estimates.

Republicans on the council quickly tried to rescind the increases, but that effort failed. Now, Councilman Nathan Volke (R) is collecting petition signatures to put a measure on the 2020 ballot that would cap the county income tax rate at 2.5%.

Pittman’s budget, built on higher taxes, “signifies not the end, but the start, of future tax increases,” Volke warned in an op-ed in the Capital Gazette. He added: “Some may say it takes courage to raise taxes. I disagree. Raising taxes means you told everyone who asked for money ‘yes.’”

Pittman said that in a private conversation, Volke told him, in a friendly way, “You’re not going to win reelection, you know.”

Haire, the state Republican chairman, said he believes Pittman has “overplayed his hand with taxes. History has indicated to me that that will backfire.”

But Pittman said he believes Anne Arundel voters will reject an effort to scale back the taxes, knowing that 80 percent of the county budget goes for education and public safety. He also said the prospect of an anti-tax measure being on the 2020 ballot, two years before he’s up for reelection, will enable him to crank up his political operation and gauge what voters are thinking.

“I think we’ll win the referendum, and then we’ve had the conversation,” Pittman said.

Whichever way the political winds blow in Anne Arundel, county leaders will be proceeding without the power and influence of Busch, who died in April after 17 years as speaker and 33 years in the legislature.

Even though he was a Democrat, Busch worked for decades in the county recreation department under Republican and Democratic county executives and was an important and powerful advocate for the county’s interests. With Busch gone, county leaders in both parties are recalibrating.

“We understand that he’s had a huge legacy that he’s left us,” said Henson, who was appointed to fill Busch’s seat in the House of Delegates. “But he also showed us the way forward.”

The county didn’t just lose Busch in recent months. Six of the seven members of the county council are new, and the legislative delegation in District 32 – which takes in Odenton and surrounding communities, almost completely turned over. Sen. James E. “Ed” DeGrange Sr. (D) retired last year after 20 years in the Senate and four years on the county council. Sen. John C. Astle (D), Elfreth’s predecessor, retired after 36 years in office.

Haire said he is mindful of the fact that Democrats in Anne Arundel succeeded last year by recruiting and encouraging women to run for many offices, and he expects many of these women to be prominent on the campaign trail and for years to come.

“We’ll be prepared with top flight candidates for county executive and county council,” he said.

Those candidates may include Haire’s wife, Councilwoman Haire, who could well be the GOP candidate for county executive in 2022.

Foxwell, the Democratic strategist, said that even though Pittman is “the epitome of a South County man,” he has a certain down-to-earth appeal to average voters because he does not seem to be positioning himself for higher office – in contrast to some of the other new county executives who were elected in 2018.

As he presses forward with his agenda, and with a likely bid for reelection in 2022, Pittman is clearly hoping to harness whatever grass-roots energy propelled Democrats in 2018 and prompted more than 500 activists to show up at the Methodist church on that steamy evening to talk about gun violence and affordable housing.

“Please, please keep showing up,” Pittman told the crowd that night. “There are people out there that disagree with us. You need to outnumber them.”

To read the first article in the series, on Prince George’s County, click here. Next in the series: Montgomery County.