In a quiet corner of Dundalk, down the street from a church and walking distance from a grocery store, one white house is not like the rest.

Inside, positive messages cover the walls and sobriety coins hang next to beds. It is a home for individuals trying to recover from drug and alcohol addictions.

What’s more, the house was set up by two business owners – and recovering addicts – who recognized the need for others hobbled by substance abuse and dependence to try to get back on their feet.

A company-sponsored halfway house is one unusual way a Maryland business has taken on the opioid epidemic that is sweeping the United States, a scourge that last year accounted for most of the 72,000 deaths from overdoses, according to the Centers for Disease Control.

“We deal with people that are in recovery,” Adam Hirsch said. “We hire guys that some people would never even think of hiring because of their past background. Many guys in recovery watch out for each other. It gives them a support group, not only at home, but at work too.” 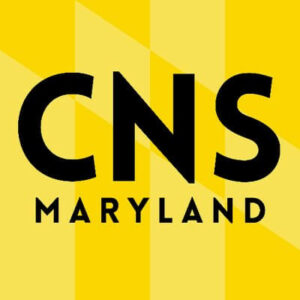 In 2015, 2 million working-age Americans were out of the labor force as a result of their addiction to opioids, a $1.6 trillion cost to the U.S. economy, according to a study by the American Action Forum, a center-right think tank. Small businesses, like Hirsch Electric, have especially felt the impact of the opioid crisis, as it becomes more difficult to find qualified workers.

“…The connection between the challenges that small businesses face in hiring qualified people and opioid use is pretty significant,” U.S. Rep. Steve Chabot (R-Ohio), chairman of the House Small Business Committee, told CNS in an interview. “The number one challenge that we hear about is obtaining qualified employees nowadays. It’s getting tougher and tougher.”

Chabot said that businesses across the country are taking some “cutting-edge approaches” to combat this challenge. Hirsch Electric’s halfway house is one example of a company using unique approaches to help qualified workers.

“We need to continue to investigate what solutions there are to this problem to be more effective than we have been thus far. Because quite frankly, as a nation, we haven’t been particularly successful,” the congressman said. “So, we’ve got a long way to go. The bottom line is, we need to continue to work on this, and take it seriously, and not give up.”

Up to six employees at a time can live there. Compared to other halfway-houses that are “only in it for the profit,” as Hirsch puts it, this house gives “these guys an opportunity and a place to live, while holding them to a standard that they may not have been held to at other halfway houses.”

Employees who have been successfully treated change dramatically, he said.

“They further themselves as a person, as well as at work,” Hirsch said. “The company is growing to heights that we didn’t think could happen and they are reaching new heights that they didn’t think they could grow to because of what was holding them back. They are driven and they feel that they have that purpose again.”

Ben Gitis, the director of labor market policy for the American Action Forum, told Chabot’s committee that “while the human toll of the opioid crisis is unquestionable, rising opioid dependency is also likely impacting the nation’s labor market and economy.”

Addicted workers are less productive if they work at all, he said, while companies in areas with high opioid use have trouble finding dependable and qualified workers. His organization’s study found that 45 percent of the worker absences attributable to opioid addictions were employed by small businesses.

Those same small businesses have limited financial resources to address employee addictions, to deal with legal issues arising from addicted workers and to seek outside help, Gitis and other witnesses told lawmakers.

“…Put whatever money you (the federal government) would be interested in giving us, into education,” said Lisa Allen, president and CEO of Ziegenfelder Co., a frozen pops manufacturer in Wheeling, W.Va.

‘A higher level of dedication’

In October 2017, President Trump declared the opioid crisis a national health emergency. In August, he threatened to file lawsuits against pharmaceutical companies that manufacture opioids.

On Wednesday, Trump signed what he called the “single largest bill” aimed at helping people overcome addiction and stopping addictions “before they ever start.”

“This legislation also includes vital measures to expand support for addiction recovery and treatment, and the transition back to independent living, with a very, very steady job, great job,” Trump said at a White House signing ceremony.

More than 115 people in the United States die every day from opioid overdoses, according to the National Institute on Drug Abuse. Nearly a third of patients prescribed opioids for pain misuse them, the institute said.

“We need to educate people about the fact that addiction is a disease that needs to be treated,” Stamp said. “If we can’t save a life, then we don’t have the opportunity to give someone the treatment after that.”

Maryland’s labor force participation rate for prime-age workers dropped 2.7 percent between 1999 and 2015, according to the American Action Forum’s study. That slowed the state’s annual real gross domestic product growth by nearly 1 percent. The reason for the workforce drop: during the same period, the volume of opioid prescriptions per capita in Maryland rose by 770 percent, the study said.

Stamp said the state recently has seen a 15 percent reduction in the number of prescriptions being written by physicians in Maryland, and thus an accompanying drop in fatal overdoses.

“There are many industries that we meet with every day that come to us and tell us how difficult it is to find the right workforce,” said Kelly Schulz, secretary of the Maryland Department of Labor, Licensing, and Regulation, “and one of the challenges in specific industries is that they need to be able to find people that do not have a background in drug addiction.”

In July, Maryland received $1.9 million in federal grants that will be used to hire formerly addicted people to help others reenter the workforce and to give money to innovative private sector programs aimed at curbing opioid use, Schulz said.

Small businesses in Maryland, including Hirsch Electric, have worked to implement programs that offer treatment for employees that are facing a drug problem. They keep employees on the job while they receive treatment.

Tom Hirsch told CNS that he views the halfway house as a way not only to improve his workers’ productivity but to give them a new purpose.

“In businesses today, most businesses would say employees are not dedicated to their business,” Tom Hirsch said. “They are there to do a job and see what money they can make. In our company, we feel that there is a higher level of dedication because when you help and save somebody’s life, or take them from a low point in life and give them a career and move ahead, there is dedication.”