Former U.S. Sen. Joseph D. Tydings (D) died Monday of cancer in a Washington, D.C., hospital. He was 90 years old. Tydings, the adopted son of former Sen. Millard Tydings (D) had a long, illustrious political and legal career. He also served as U.S. attorney for Maryland and was a member of the House of Delegates. 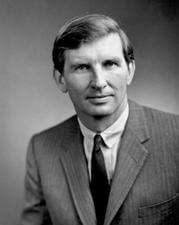 Tributes rolled in from across the Maryland political community Monday. Here are some statements:  U.S. Sen. Chris Van Hollen (D) “Today, Maryland lost a favorite son, Joe Tydings. Senator Tydings grew up in a well-established Maryland family but was never afraid to take on the establishment. He cut against the grain and had the courage of his convictions to fight for civil rights, equality, and sensible gun laws in the turbulent 1960s. His progressive battles cost him his Senate seat in 1970, but his display of political courage was an inspiration to me and many others. In these difficult times, he serves as a powerful example of the best in public service.” Gov. Lawrence J. Hogan Jr. (R)

“Maryland lost a statesman today with the death of Joe Tydings. As a United States Attorney, he led landmark prosecutions against public corruption. As a U.S. Senator, he fought for civil rights, environmental protection, and criminal justice reform. He went on to become one of Maryland’s great civic leaders, serving 15 years on the University System Board of Regents.

“Senator Tydings and his family have made a lasting mark on Maryland. At the age of 90, he was still having an impact on our great state, and he will be deeply missed. The First Lady and I ask that you join us in praying for his family and loved ones.

“I have ordered flags to fly at half-staff on the day of Senator Tydings’ interment. May he rest in peace.”

Former Attorney General Douglas F. Gansler (D) on Twitter “This afternoon, Senator Joe Tydings passed away. Maryland lost a great public servant. I lost my mentor and friend. He will be missed.” Democratic gubernatorial nominee Benjamin T. Jealous on Twitter “Incredibly saddened to hear about the passing of Senator Joe Tydings. His unending service to Maryland and commitment to public service will not be forgotten.” U.S. Rep. Jamie Raskin (D) on Twitter “This afternoon the world lost the great Joe Tydings, a brilliant Senator and an unapologetic liberal who always stood for the common good. Maryland has lost a giant leader, a man of courage and grace.” U.S. Rep. C.A. Dutch Ruppersberger (D) on Twitter “RIP, Joe Tydings, my fellow Terp. He was principled, passionate and patriotic. He was a reminder of what public service is all about. Maryland will miss you.” Earlier this year, Maryland Matters carried an account by William F. Zorzi of a Tydings book publishing party at the University of Maryland. And columnist Frank DeFilippo wrote about Tydings’ role in the state’s political firmament. Read the article here and the DeFilippo column here.

More than just a few years ago, the Board of Public works approved the publication of the Public Papers of Spiro T. Agnew as…

Frank DeFilippo: Will Franchot Suffer from the Louis Goldstein Curse?

Comptroller Peter Franchot, on a continuous loop of shameless self-promotion for governor, might suffer from the Louis L. Goldstein syndrome. Or curse. Goldstein, for…

When Public Service Was Still an Honorable Pursuit

The afternoon seemed as much a celebration of Joe Tydings’ new autobiography, his life and legacy, and his 90th birthday, as it did the…