A year ago, David Lashar was a high-ranking bureaucrat at the Maryland Department of Health, a faceless if important cog in the Hogan administration who has also worked in the tech sector and on Capitol Hill.

But on this night, Lashar is the center of attention in an opulent Potomac living room, with a nationally known political maverick on hand to endorse his most audacious career move.

The living room belongs to Sam Malhotra, another former Hogan administration official and tech executive. And the celebrity political endorser is ex-Massachusetts Gov. William F. Weld, whose most recent foray into politics was as the 2016 Libertarian nominee for vice president.

Lashar is now the Libertarian candidate for Congress in Maryland’s 3rd Congressional District, running against six-term Rep. John P. Sarbanes (D) and Republican Charles Anthony, an Army veteran who has been all but invisible on the campaign trail.

“It’s a formidable task,” Lashar concedes during an interview in Malhotra’s kitchen the other night, before he addresses the 40 supporters who are mingling and munching nearby. “It’s a big peak to climb. But I’m definitely enjoying it.”

Lashar’s decision to run for Congress roughly traces his own disillusionment with the two-party system.

“I tried to become the candidate I was seeking but not finding,” he says.

After years as a Republican policy professional – most recently as the chief information officer and then chief of staff and chief operating officer at Hogan’s Health Department – Lashar watched in dismay as his preferred presidential candidate in 2016, Ohio Gov. John Kasich, was rejected by Republican voters and faced great hostility from certain party leaders.

Lashar switched parties in February and became a candidate a few months later, after leaving the Hogan administration. “The Libertarian Party has a set of principles that allows for a lot of interpretation on issues,” he says.

“I wanted him as a candidate after talking to him for 30 seconds,” says Bob Johnston, the state party chairman.

Lashar also attracted the attention of Weld; they were introduced by syndicated columnist George F. Will, a mutual friend, and they bonded further when they discovered that Lashar had been a classmate of one of Weld’s nephews in the Russian Studies program at Dartmouth College. 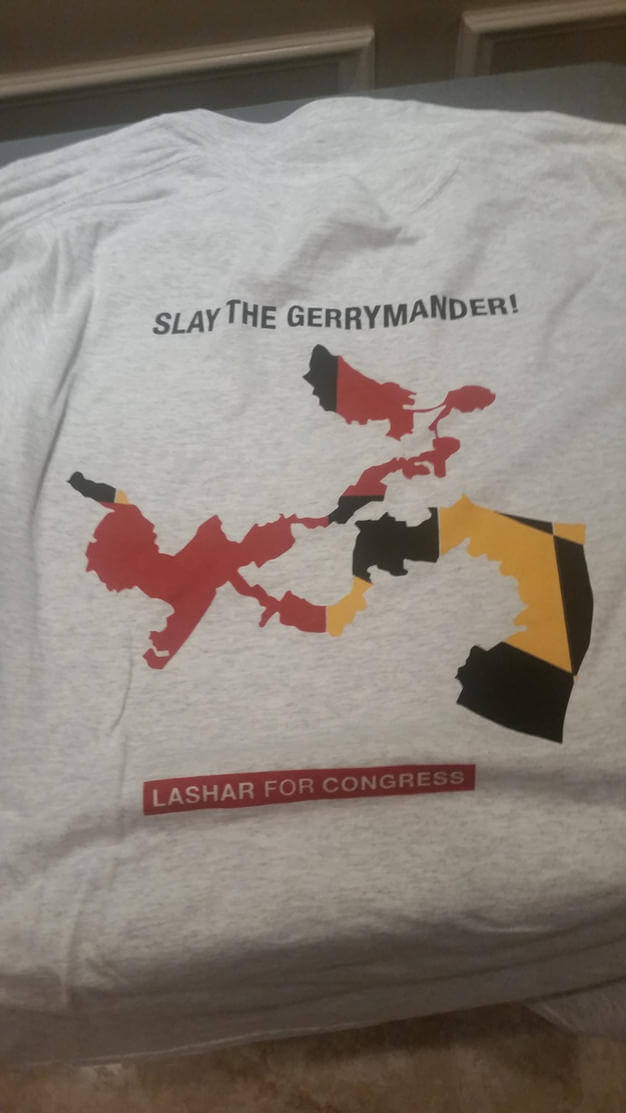 “He’s a really good candidate,” Weld tells Maryland Matters. “The guy’s really serious-minded. He’s not shallow. And his attitude is perfect. As a Libertarian, you have to be” realistic.

Weld’s journey says a lot about the state of American politics – and it informs Lashar’s candidacy to a degree. He was elected governor as a moderate Republican in 1990 following an unsuccessful run for state attorney general, several years as U.S. attorney for Massachusetts, and a brief stint as a high-ranking official in the Reagan administration Justice Department.

Weld was reelected overwhelmingly in 1994; lost a bid for U.S. Senate against Democrat John Kerry in 1996 in a campaign that was widely praised for its high-mindedness; then resigned as governor in 1997 after he was nominated by President Clinton to become U.S. ambassador to Mexico. But his nomination was held up by right-wing U.S. Sen. Jesse Helms (R-N.C.), and he eventually withdrew.

Weld ran for governor of New York in 2006, but dropped out before the GOP primary after being outmaneuvered by party conservatives and failing to get the official designation of the state party. He re-emerged to run for vice president in 2016, with former New Mexico Republican Gov. Gary Johnson at the top of the Libertarian ticket.

These days, Weld, 74, is traveling around the country, speaking at state Libertarian conventions and boosting Libertarian candidates as a prelude to a possible presidential bid in 2020.

Like Lashar and other third-party and independent candidates – including Neal Simon, the businessman who is spending heavily on an independent U.S. Senate bid in Maryland – Weld sees a great hunger from voters for alternatives to the two-party system.

“The question is how genuine, how broad is the appetite for the third party?” he says.

Weld acknowledges that the Libertarian Party is not perfect, and often gets defined in the media by its fringe elements — or as he puts it, “the 36 people at the Libertarian convention who want to hold sex toys aloft.” But he says the fact that the party has hundreds of thousands of volunteers nationwide and ballot access in all 50 states makes it a potent force from which to build a movement.

“I’m in favor of the Democrats winning the House this year,” he adds. “It’s a crack in the monopoly.”  Later, Weld tells the crowd, “I think the odds of a third party winning in 2020 are better than the odds of Donald Trump winning.”

But challenges abound for candidates like Lashar. He’s raised about $30,000 for his campaign – Sarbanes had more than $1.2 million on hand as of June 30. It’s hard to go door-to-door in such a sprawled out district that takes in portions of Baltimore City and Anne Arundel, Baltimore, Howard and Montgomery counties.

In fact, Lashar says he’s having a hard time convincing the League of Women Voters and other civic groups to host candidate forums in part because the district is so spread out. Small wonder he’s selling T-shirts that say, “Slay the Gerrymander” at his campaign events.

But Lashar believes the Libertarian message, which he distills to “the sanctity and dignity of the individual,” can prevail.

“It’s an educated and persuadable district,” he says.