With two strokes of a pen, a handful of Maryland elections were dramatically transformed in the minutes just before Tuesday night’s filing deadline for candidates.

In Prince George’s County’s 47th District, Del. Carlo A. Sanchez (D), who had been running for state Senate, dropped back to the House race in the one-seat subdistrict he represents, District 47B.

And in Anne Arundel County, term-limited County Councilman John J. Grasso (R), who had been waging a longshot Republican primary challenge to County Executive Steve Schuh, decided to run for state Senate in District 32 instead – a seat he had first expressed interest in 10 months ago.

Both Sanchez’ and Grasso’s last-minute decisions will reverberate up and down the ballot in their respective counties.

The 47th District in the past several months has been defined by a series of political cross-currents and shifting alliances, stemming largely from the decision by state Sen. Victor R. Ramirez (D) to run for Prince George’s County state’s attorney this year. Several candidates with ties to leading area politicians, including Sanchez, a protégé of Ramirez’s who was appointed to the House in 2015, began eyeing his Senate seat.

Eventually, Ramirez brokered a deal with several other local politicians that enabled Sanchez to seek his Senate seat and Wanika Fisher, a lawyer who has worked for Ramirez’ law firm and is also close to Prince George’s powerbrokers Glenn and Jolene Ivey, to seek Sanchez’s House seat – even though she initially started running for Senate. Sanchez endorsed Fisher.

It still put Sanchez in a Senate primary against Malcolm Augustine, who is close to County Executive Rushern L. Baker III (D) and serves as Baker’s appointee to the Washington Metropolitan Area Transit Agency board, but that looked like a fair fight that most area politicians could live with. Augustine had run unsuccessfully for a House seat in District 47A four years ago.

The plan began to unravel some when Julian Ivey, a Cheverly town councilman and son of Jolene and Glenn, decided earlier this month to run for a House seat in District 47A – which his mother had represented before running unsuccessfully for lieutenant governor in 2014.

With that political maneuvering as backdrop, Sanchez said he began thinking in recent days about the original intent behind the District 47B boundaries – to maximize the subdistrict’s population to send a Latino delegate to Annapolis. He said he figured that if he ran for Senate and lost – and if Fisher were elected to replace him in the House – the majority Latino district might not get the attention it’s due.

“I started thinking about the flexibility of being in the House and the ability it gives me to advocate for a population that doesn’t have a voice yet,” Sanchez said Tuesday night at the Maryland State Board of Elections headquarters in Annapolis after filing for the House race. “Coming in at the last minutes shows you how tough the decision was.”

But by running for the House, Sanchez now finds himself on a collision course with Fisher – again – plus two other Democrats. Meanwhile, Augustine has become the favorite to win Ramirez’s Senate seat.

“Without the courtesy of a heads up, @carlosanchez, who recently stated his public support for my campaign, filed to run against me minutes before the deadline to file for office,” she wrote. “As a child of immigrants, my parents instilled in my siblings and I that your word is your bond. So let me be clear: I am all in for this campaign to represent our community in 47B, who deserve honest and transparent leadership.”

Meanwhile, in Anne Arundel County, the mercurial Grasso has made Schuh’s path to re-election as county executive easier – though he has been the favorite all along. And his decision to run for Senate gives the Republican leaders the well-known candidate for the open seat in District 32 that they had been looking for. 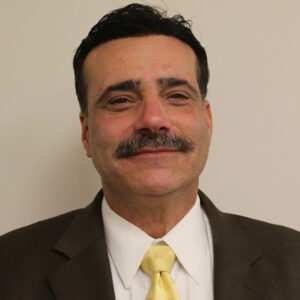 Grasso had initially announced that he was running for the seat last April, before five-term state Sen. James E. DeGrange Sr. (D) decided to retire. Then he mused openly about running for governor and county executive. With DeGrange on the sidelines, Grasso, assuming he wins the GOP nomination, will square off for the Senate seat against Del. Pamela G. Beidle (D), who has spent three terms in the House of Delegates and two in the County Council.

Grasso said in an interview Tuesday night that he decided to exit the county executive race and seek the Senate seat “after a lot of soul searching.”

“I was looking at where I could be most helpful to the people of Anne Arundel County,” he said.

District 32 is one of half a dozen Senate seats that Republicans are hoping to flip with popular Gov. Lawrence J. Hogan (R) at the top of their ticket. But several other districts seem like easier bets at this point.

The election for Anne Arundel County executive is one of the most compelling in the state this year.