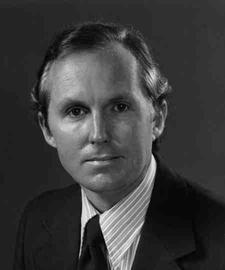 Bogley was hardly alone. As Tuesday progressed, a glance at the candidate rolls produced waves of nostalgia, as waves of former Democratic officeholders stepped forward to attempt political comebacks. The candidate deadline – and the few days preceding it – began to feel a little like the Night of the Living Dead.

And with all the old Democrats emerging, there is also a doozy of a Republican comeback bid: Former Anne Arundel County Executive John R. Leopold (R) seeking a seat in the House of Delegates.

This year, Mohorovic filed to run as a Republican.

D’Adamo, 60, is making his second bid for a 6th District House seat, also losing the 2014 general election on a ticket with Mohorovic. He served on the Baltimore City Council from 1987 to 2011.

Harford County’s 34th District Senate race features two Democrats seeking political comebacks: former Del. Mary-Dulany James, who served in Annapolis from 1999 to 2015, losing a Senate bid in 2014, and former Del. Barbara Osborn Kreamer, who served in the House from 1983 to 1991 after four years on the Harford County Council. Her political career ended after an unsuccessful bid for Congress in 1990.

James and Kreamer will be competing for the right to take on first-term Sen. Robert G. Cassilly (R), who defeated James by almost 15 points in the 2014 Senate election.

Another noteworthy comeback is in Baltimore City’s 43rd District, where former City Councilman and two-time mayoral contender Carl Stokes (D) filed Tuesday for a seat in the House of Delegates. Stokes, 67, served on the Council from 1987 to 1995 and again from 2010 to 2016. He ran unsuccessfully for mayor in 1999 and 2016.

Other comeback kids who filed in recent days:

Also of note: two-term Prince George’s Del. Tony Knotts (D) decided Monday to run for his old seat on the county council, which he held for eight years, rather than seek re-election.

That council seat is being vacated by Obie Patterson (D), 79, who is termed out. Patterson, who also spent a dozen years in the House, has been running for several months for the vacant Senate seat in District 26, which Muse is giving up to run for county executive. Patterson will face Jamila J. Woods, a minister and social justice advocate, in the Democratic primary.

All the old Democrats are emerging, but don’t forget about Leopold’s comeback attempt in Anne Arundel County. Leopold, 75, who was county executive from 2006 to 2013 before resigning in scandal, also spent 18 years in the House and six years in elective office in Hawaii. He’s running for a House seat in District 31B, his old turf. No one is likely to knock on more doors than he will.

It’s always “Back to the Future” in Maryland politics.