Speaker of the House Michael E. Busch (D) is looking and feeling better after receiving a liver transplant from his sister eight months ago. He’s far more healthy and energetic than he was during the 2017 General Assembly session and the weeks that followed.

The 71-year-old lawmaker is planning to run for a ninth term in his Anne Arundel County district and is well-armed for battle, with over $1.1 million in his campaign account as of mid-January – more than most of the Democratic candidates for governor have on hand. 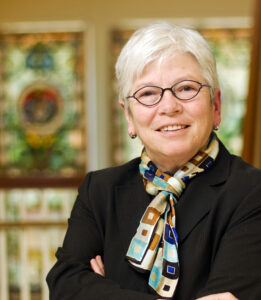 But that still hasn’t stopped rampant speculation in Annapolis about his possible successors as House speaker – and imagined if invisible jockeying among the leading contenders.

It is widely assumed that if Busch departs the legislature sometime in the next few years, the likely candidates to replace him would be House Appropriations Chairwoman Maggie L. McIntosh (D-Baltimore City) and House Economic Matters Chairman Dereck E. Davis (D-Prince George’s).

Both McIntosh, 70, and Davis, 50, are intensely loyal to Busch and would never overtly start campaigning for the job as long as he is healthy and determined to serve. But one indication that they’re at least quietly thinking about the future is the fact that both are still shipping campaign contributions to their colleagues, a time-honored tradition for amassing good will.

In fact, since the 2014 election, both have given roughly the same amount of money to their colleagues: Davis has donated $49,699, according to State Board of Election and Federal Election Commission reports, and McIntosh has given $43,923, according to an examination of her state campaign account.

McIntosh has been the more generous contributor recently. Almost all of her donations to House members or House candidates this election cycle – $41,473 – went out from mid-January 2017 to mid-January of this year. She still had $331,000 in her campaign account a month ago. In the past year, Davis doled out $5,250 from his state campaign account to House members and candidates. He finished the mid-January reporting period with $286,000 in the bank.

Opinion: An Opportunity to Help Marylanders With Dementia

The 2022 legislative session proved successful in advancing policies that aid the more than 110,000 Marylanders with Alzheimer’s and other dementia.