The invitations keep coming, fast and furious. We can now count close to 80 fundraisers on tap for incumbent lawmakers before the start of the General Assembly session on Jan. 10, when they are banned from raising money for 90 days.

One of the more noteworthy to come across our desk in recent days: State Senate President Pro Tem Nathaniel McFadden, who is trying to stave off a Democratic primary challenge from Del. Cory McCray, has scheduled a fundraiser in Baltimore for the exact same time on Wednesday that McCray is having an open house/low-dollar fundraiser at his campaign headquarters.

McFadden is calling his event “The Legacy Happy Hour.” It takes place at Teavolve in Harbor East from 5-7 p.m. Ticket prices start at $50.

The café is not in the 45th District – it’s in the 46th, represented by Sen. Bill Ferguson (D). But it is an occasional hangout for McCray and some of his young allies in Baltimore politics.

McCray will be across town at the same time at his campaign headquarters on Harford Road. Tickets for that event start at $25.

On. Jan. 5, State Senate President Mike Miller (D) is unsurprisingly throwing his weight behind the congressional bid of Sen. Roger Manno (D) with a breakfast fundraiser at Harry Browne’s in Annapolis. Ticket prices start at $250. 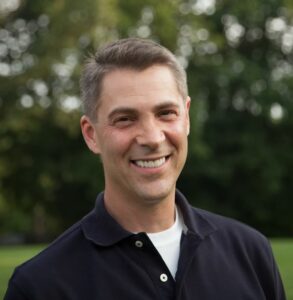 Manno is not banned from raising money for his 6th District congressional campaign account during the legislative session. Miller will be headlining the fundraiser a day after he and House Speaker Mike Busch (D) travel to Capitol Hill for a fundraiser of their own.

The next morning, Republicans on the House Economic Matters Committee are taking a page from the playbook of the Senate GOP, holding a fundraiser by committee. The $100-a-head breakfast, at the Calvert House in Annapolis, will benefit Dels. Chris Adams, Steve Arentz, Susan Aumann, Seth Howard, Rick Impallaria, Warren Miller and Johnny Mautz. House Minority Leader Nic Kipke (R) will headline the affair.

Speaking of House Republicans, the legislature’s newest member, Washington County Del. Paul Corderman, will get his first fundraiser as a state lawmaker in under the wire. He’s got a breakfast scheduled for next Tuesday at Galway Bay in Annapolis. Ticket prices start at $125.

Corderman, until recently a Hagerstown city councilman, was appointed last month to fill the seat of former Del. Brett Wilson (R), who became a judge.