Fresh off the successful enactment of a law limiting generic and off-brand prescription drug price increases, Vincent DeMarco, president of the Maryland Citizens’ Health Initiative, is pushing for greater limitations on name-brand drugs. His organization’s ideas, he says, are popular — and he has the numbers to show it.

Polling conducted by OpinionWorks, an Annapolis-based firm, through late October and early November online and by phone, indicates that the new law enacted Oct. 1 is very popular, with 71 percent of Marylanders favoring it. But DeMarco said his organization is pushing to “enact legislation which will make all prescription drugs more affordable for Marylanders, including brand name drugs.”

Prescription drug costs in the United States are notably higher than those of other countries that regulate prices at a federal level, and many have risen precipitously in the past five years.

“Some drugs are so expensive that if you’re uninsured, you just can’t get to it,” DeMarco said. Co-pays for name-brand drugs, he said, are often unaffordable. People on Medicaid, he argued, usually lack access to the drugs because the system simply lacks the money to provide expensive medications to everyone suffering from a given condition. 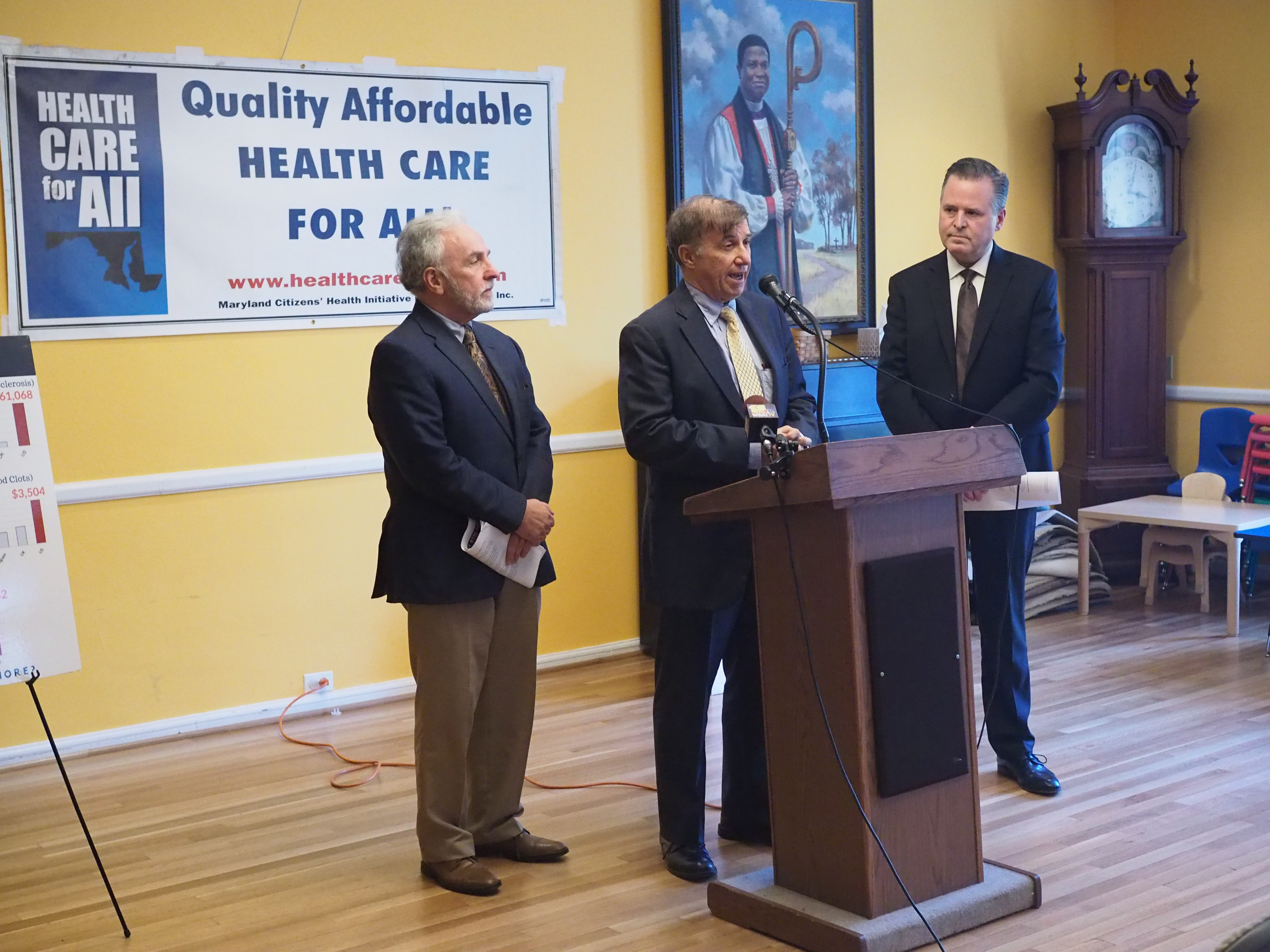 DeMarco’s proposed changes include the elimination of physician gag rules, a requirement for companies to notify the public in the case of a large price increase or the introduction of an expensive new drug, and the establishment of an oversight commission determining price caps for prescription drugs in Maryland. Majorities of Republicans, Democrats and unaffiliated voters polled all favored these suggestions.

Pharmacies are often required to sign contracts with benefit managers — the companies that act as the negotiators between pharmacies and insurers — that contain “gag clauses.” For some drugs, insurance co-pays end up costing a consumer more than they would pay in cash, but gag clauses prevent pharmacists from informing customers of the lower price. DeMarco’s proposed legislation would halt that practice in the state of Maryland, following the examples of other states, as well as “requiring drug companies to disclose the justification for their higher-priced drugs.”

In addition to those proposals, DeMarco’s organization wants to see a commission created to cap drug prices in Maryland, similar to an existing regulatory body in Maryland charged with setting standards for hospital rates.  “The commission will look at drugs like that which are very expensive, hear from the drug manufacturers, hear from the public, hear from state officials and make a decision based on what the drug companies and what Marylanders can afford,” DeMarco said.

“I think we all know in these partisan times, these difficult times, to find an issue that cross cuts party lines is very unusual,” said Steve Raabe, president of OpinionWorks. “But about three quarters or more of the adherents of all three political persuasions — Democrats, Republicans or unaffiliated voters — support these three proposals so we have something that is cross-cutting and is very strongly supported.”

Seventy-two percent of those polled indicated they were either “very concerned” or “somewhat concerned” about prescription drug costs. “It’s an emotional issue, it’s a pocketbook issue for average voters and that’s why it’s so motivating,“ Raabe said.

Gov. Larry Hogan (R), Raabe notes, is popular, enjoying a 15-point margin over an unnamed Democrat in the firm’s polling. Should Hogan support prescription drug affordability legislation and the Democratic candidate oppose it, Hogan’s lead would jump to 35 points. But should the hypothetical Democrat support prescription drug affordability legislation and Hogan oppose it, that unnamed candidate would beat Hogan by 28 points.

Similar margins persist in legislative races, too. While Marylanders generally prefer Democrats in their legislature, a generic Democrat opposing such legislation — and facing a Republican opponent who favors it — would lose by over a quarter of the total votes, according to the polling.

“There’s a message to elected officials in the polling numbers,” Raabe said. “There is an emotional electorate, they are concerned about high health care costs and they are willing to vote on this issue.”

Hogan allowed this year’s price gouging bill to become law without his signature after it received large bipartisan majorities in both state legislative chambers, citing “legal and constitutional concerns,” and that it “does nothing to address the cost of patented products and medical devices which may be associated with drug delivery.” That law allows the attorney general to fine generic and off-brand manufacturers and distributors up to $10,000 for engaging in “unconscionable [price] increases.” It also allows the attorney general to force those same companies to disclose their reasons for a price increase.

That law — the first of its kind in the U.S. — faced legal challenges in July from the Association for Accessible Medicines, which sought to halt the law from going into effect, on the grounds that it was both too vague and an unconstitutional overreach.

A judge refused to grant that injunction, allowing the law to go into effect. Frosh stated earlier this month that his office had already begun fielding complaints related to price increases on generic and off-patent drugs.

All posts by Samuel Manas

Maryland, a pioneer in establishing a cost control board for medications, has no definition for “upper payment limits” within state code.