Marylander Tom Perez has been the head of the Democratic National Committee since 2017 and his term will soon expire.

After the party united to elect Joe Biden this fall, we talk to Perez about the party’s future, its successes during his term – and the ground Democrats lost in the U.S. House and other down-ballot races in 2020.

In an interview with Maryland Matters reporter Bennett Leckrone last week, Perez said he’s taking a “long view” of how the Democratic Party is doing. And the election of Biden, coupled with the Democratic governors elected during his term, means the party has a bright future.

We also talk to Perez about his own future plans once his term at the DNC expires in a couple of months.

Later in the podcast, Maryland Matters reporter Elizabeth Shwe ventures out to southern Maryland to catch up with Thomas McLain – “Mac” – Middleton, who represented Charles County in the Maryland Senate for 24 years.

Middleton was the only full-time farmer left in the General Assembly when he was upset by Arthur Ellis in the 2018 Democratic primary.

During this holiday season, Middleton and his son, Brett, have been swamped with selling Christmas trees and decorations from their farm, Middleton Manor Farms, which has been in the family since the 1660s.

We can’t do this without you! 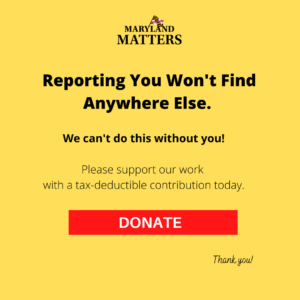