Democrats in the General Assembly like Del. David Fraser-Hidalgo (D-Montgomery) see the new session ripe with legislative opportunity. “We have a super majority in both houses, and a partner on the second floor,” he said, referencing the office of Gov. Wes Moore (D). “I will tell you that there is a kind of bubbling level of excitement.”

That excitement is palpable in the Maryland Legislative Latino Caucus, whose mission is to identify and address key issues for the 730,000 Hispanics who make up 12% of the state’s population. 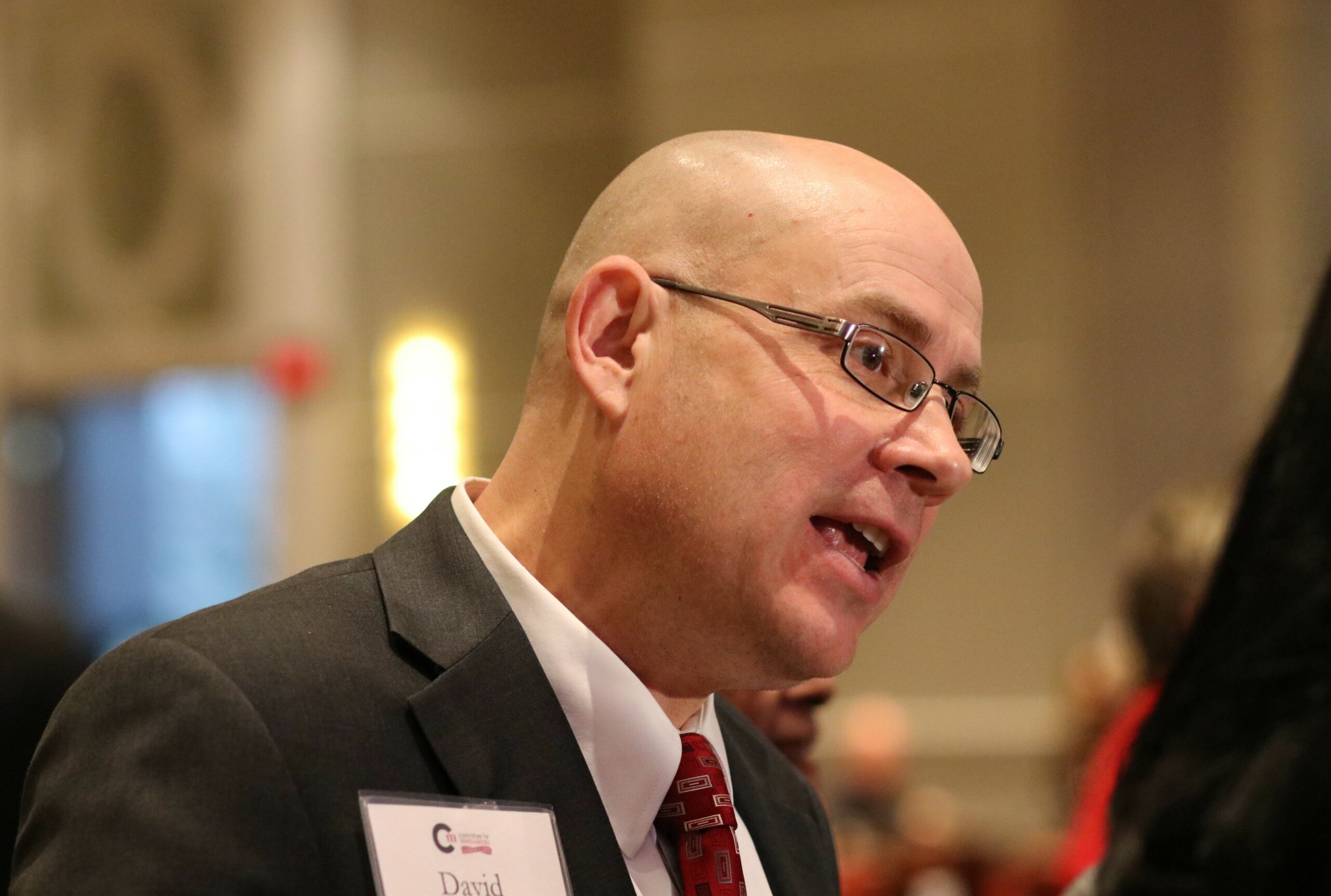 Fraser-Hidalgo, who was born in Ecuador, is in a position to lead.

In 2014, alongside Del. Joseline Peña-Melnyk (D-Prince George’s and Anne Arundel), he co-founded the Latino Caucus that he now chairs.  He said membership has grown steadily, especially in districts with growing numbers of Latino and immigrant constituents. “There are a lot of folks that want to speak for Latino issues, even if they are not Latino, and are members of the Caucus because they want to help people,” he said.

The group began recruiting non-Latino associate members in 2018. By last year caucus membership had increased to 68 of the 188 legislators in Annapolis.

“If you’re a caucus member and have a bill on public health equity, or environmental justice, or a criminal justice bill that affects that the Latino community, the caucus will review it,” he said. “You know they are eyes and ears and on all the different committees. They help with bills and just being better prepared.”

In 2022 the Latino caucus supported 47 bills, of which 16 became law, including measures on public health, transportation, economic recovery and the environment.

Among their successes were the Healthy Babies Equity Act, which provides prenatal care regardless of immigration status; enhanced consumer protections against problematic lending practices, and energy efficiency and conservation programs that target low-income energy consumers. Caucus legislators advocated for the appointment of Latino judges in court houses in Baltimore City, and in Harford and Prince George’s counties.  They also worked closely with nonprofits to connect constituents with critical services like food stamps, utility assistance, housing, and health insurance.

Fraser-Hidalgo said caucus priorities for 2023 are well-aligned with those of the new governor, who was sworn in Wednesday.

“The overall idea is a level playing field and equity, making sure that people have good access to health care, in education, that [students] aren’t falling behind,” he said.

Fraser-Hidalgo, a member of the Economic Matters Committee, has drafted legislation this year on electric vehicles, and, he said, as the father of two teenage children, a bill he hopes sparks conversation about responsible use of social media platforms by young people.

On Day One, Deni Taveras (D) joined the Latino Caucus as a new delegate from Prince George’s County.

“This is so important for my constituency, as the only district in the state that has a Latino majority [population],” she said. “Predominately Central American, the majority also are of voting age.” 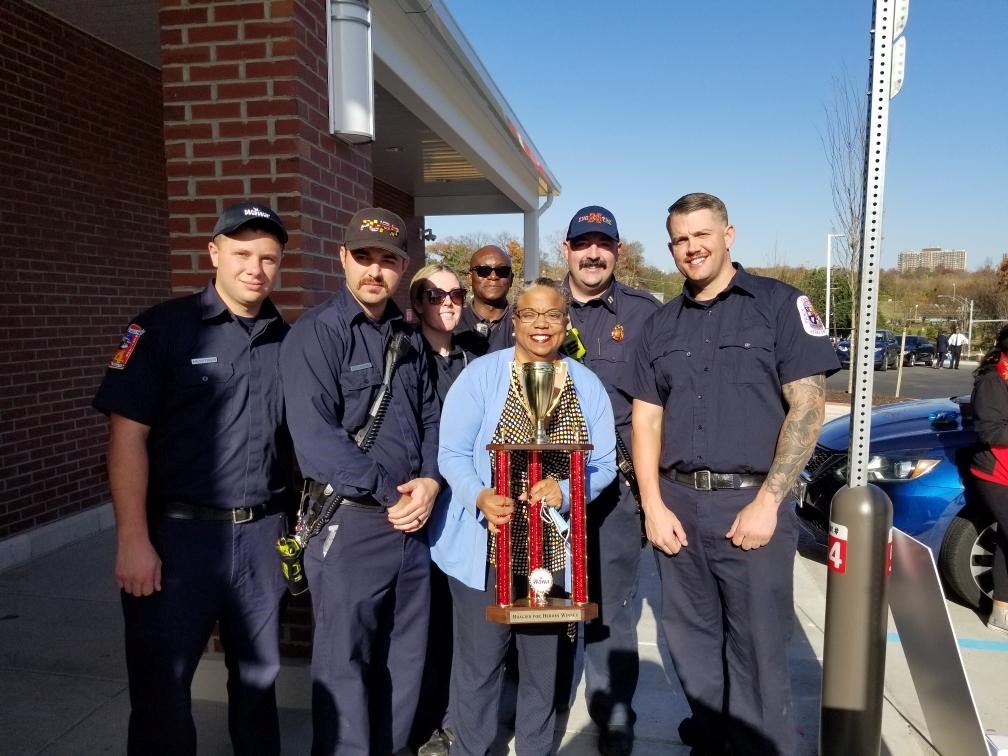 Deni Taveras poses with firefighters in Langley Park, where she was a Prince George’s Council member for eight years. Photo courtesy of Deni Taveras.

Taveras, a Dominican-American, is no newcomer to politics. She served the last eight years on the Prince George’s County Council, representing District 2, which  includes Langley Park and is 82% Hispanic. During the pandemic, the region was home to more COVID-19 cases than any other zip code in Maryland.

On the council, Taveras lobbied to increase county revenues, build new schools, eliminate school overcrowding, and promote economic development that would benefit her constituents, many of whom are undocumented.

Term-limited, she ran for the House of Delegates, where she said she will continue to advocate for critical services for immigrants, making investments in eviction prevention, and assistance programs to help cover costs for utilities, food and medicine. She’s also sponsoring two bills focused on transit-oriented development within business improvement districts.

Taveras said she will also push for completion of the Purple Line and for educational equity in Maryland schools.

Assigned to the Health and Government Operations Committee, led by Joseline Peña-Melnyk, Taveras said she in good company. “I want to be effective in my role and get the work done,” she said.

Another new member of the Latino Caucus is also the youngest in the State House.

Joe Vogel (D-Montgomery) is 26. He immigrated to the United States from Uruguay with his family when he was three.

A political newcomer, but not new to progressive causes, Vogel served on the Maryland Youth Advisory Council and worked for Hilary Clinton, Cory Booker and Cheryl Kagan. He has advocated for gun violence prevention, LGBTQ and reproductive rights, and supports efforts to fully fund the Blueprint for Maryland’s Future, Maryland’s multi-billion-dollar education reform plan.

Vogel is assigned to the Ways and Means Committee which reviews proposed laws on issues including youth, families, education, and state and local taxation. In his first session, he plans to draft bills to address youth mental health, hate crimes, and eating disorders.

Vogel said he brings a unique perspective to the legislature as a Latino immigrant, as do other caucus members. “Just being able to speak and have conversations with a lot of people in the community has exposed me to a lot of issues,” he said. “It’s important that I speak up for a community that remains underrepresented in our government.”

He wants to work so that the General Assembly more closely mirrors the Hispanic population. “As the Latino population grows, we have to make sure that the number of their representatives continues to grow as well,” he said.

The medium age of Hispanics in Maryland is 29.

“It’s as important to make sure that younger Latinos look up and see people who speak like them, who may have the same stories to tell, and also people in the community listening to them and are willing to advocate for people like them,” he said.