In 1987, Baltimore State’s Attorney Kurt L. Schmoke was running to become the city’s first elected Black mayor when he was stopped cold one day reading the daily news coverage at the height of the campaign.

“A white woman from the East Side of town was interviewed and said that she was not going to vote for me because she had a fear of ‘smart Black men,’” Schmoke recalled. “It was in the paper.”

It is an astonishing remark still, 36 years later.

In the local news then about yet another “first” for Black Marylanders, so much about Schmoke and his subsequent governance as mayor seemed to be viewed through the prism of race, in the eyes of both the white and Black communities.

To observers and City Hall insiders, the button-downed Schmoke, a product of the Ivy League via West Baltimore, seemed careful about what he said and how he said it, particularly in the early years of his three terms as mayor.

“Back in 1987, race was still more of a factor in our politics than it is today,” said Schmoke, now president of the University of Baltimore.

Yet, he acknowledged that when he entered City Hall in 1987, he not only faced the daunting task of running the corporation that is the City of Baltimore, with all its moving parts, but also lived with the additional silent scrutiny that came with being the city’s first elected Black mayor.

But Marylanders are still talking about the race factor, and reporters are still writing stories about “firsts,” including Gov.-elect Wes Moore, who will become Maryland’s first Black governor at noon today.

“The fact that we’ve had an African American break through the highest glass ceiling in politics that we have in the United States kind of tempers the emotional reaction that people might have to Wes’s inauguration,” Schmoke said. “I think in the Black community there’s generally a sense of pride, but not quite the emotional attachment that there would have been if this had happened 30 or 40 years ago.”

Instead, he said. “I just think the microscope will be on him related to his policies: How does he actually make decisions and implement all the promises he made during the campaign.”

Nevertheless, “The ‘first’ is a tough place to be,” said Diane Bell-McKoy, once Schmoke’s deputy chief of staff who until stepping down last summer was president and chief executive officer of Associated Black Charities.

“You would think we would be beyond ‘firsts’ in terms of history,” she said. “Isn’t it amazing that in 2023 we’re not beyond ‘firsts’ of a governor of the state of Maryland?”

Bell-McKoy acknowledged that the significance of Moore’s election could be generational and was surprised to hear that teenagers and young adults were not as aware of the swearing-in as members of the same age group were when Obama was inaugurated president.

Schmoke conceded that at least for some people, the gubernatorial “first” would be significant.

“It wasn’t that long ago that we had an amusement park that didn’t allow Black children in, and we had department stores that wouldn’t let Blacks try on clothes, and we had young people at Morgan State getting arrested for integrating the Read’s drugstore. So, it’s within the memory of a lot of people that Maryland was a state that reflected some of the worst racial policies in the country,” he said. “So, there will be some for whom this is quite an emotional moment.”

Both Schmoke and Bell-McKoy have known Moore for years; in fact, she is a friend of Moore’s mother, with whom she worked at the Annie E. Casey Foundation. 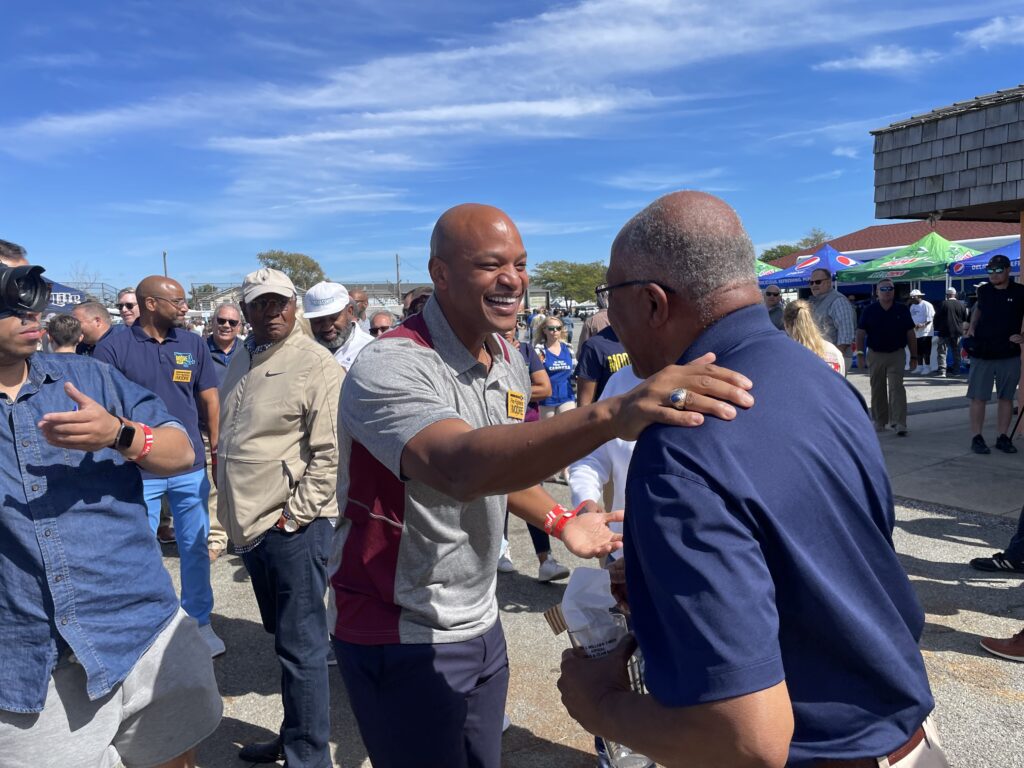 Schmoke has known Moore from the time he was mayor. Moore, then a student at Johns Hopkins University, worked as an intern at City Hall, and Schmoke urged him to apply for a Rhodes Scholarship at Oxford University, as he had done. Moore did so and became a Rhodes Scholar, as well.

“I think that all of these ‘firsts’ are just markers of having advanced to a certain stage,” Gibson said. “We started out as a country being run entirely by white males … and our country has been advancing towards equality and power being shared.

His observations seemed uncharacteristically tame, given his active role since the 1960s in attempting to get Black leaders elected in Baltimore.

“Obviously Obama’s election as president eclipses everything, and now we’re going to fill in with other ‘firsts,’” said Gibson. “I’m not saying these are unimportant, but the country had a long way to go to true equality.”

In recent years, Gibson has stepped back from politics to work on a second volume of his biography of Thurgood Marshall, but has kept his hand in the game. In fact, he advised Moore during his campaign for governor, though he liked four other candidates in the Democratic primary, as well.

“I spent time with him, and the more I spent time, he kind of grew on me,” he said. “It was not the historical imperative that was the moving factor [to help Moore]. The moving thing was my conclusion that this was a special kind of person.

“When Oprah talks about Wes, she says, there’s an intangible here: He’s got ‘it,’” Gibson said. “I don’t know what ‘it’ is, but he’s got it, and I’m a pretty cynical guy who’s been through a lot. This is a unique kind of special human being.