As the noonday sun shone bright on the steps of the Maryland State House, and the incoming governor and his entourage emerged onstage for the swearing-in, a single high-pitched voice shouted out from the very last row of assembled seats two blocks away. 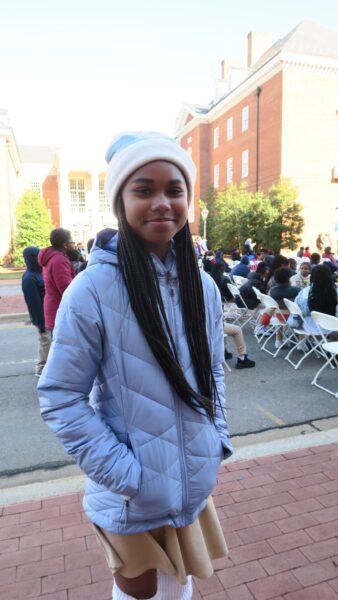 Cannyn Shelton, 13, a seventh-grader from West Baltimore who is the SGA vice president at the Henderson Hopkins School. Photo by William F. Zorzi.

The enthusiastic onlooker was one of 115 students from the so-called Henderson Hopkins school in in East Baltimore who trekked to the state capital Wednesday to see Wes Moore inaugurated as Maryland’s first Black governor and his running mate Aruna Miller sworn in as the first Indian-American lieutenant governor.

“Our school is 99 percent Black, so the representation of seeing … what they could be was really important to us,” said Christina E. Luthers Bradford, a seventh-grade math teacher at the Elmer A. Henderson: A Johns Hopkins Partnership School, and advisor to the Student Government Association there.

“For the SGA, especially, it was important to see the kinds of promises you make [campaigning] and see how politicians interact with the crowd,” Luthers Bradford said.

Initially, just four SGA officers from the pre-K-through-8 school were going to attend, but the principal and vice principal recommended expanding the number. All told, 25 students from each of grades five through eight plus 15 fourth-graders, attended, along with five classroom teachers and two community assistants, she said.

Luthers Bradford kept a close watch on her students as the ceremony progressed. 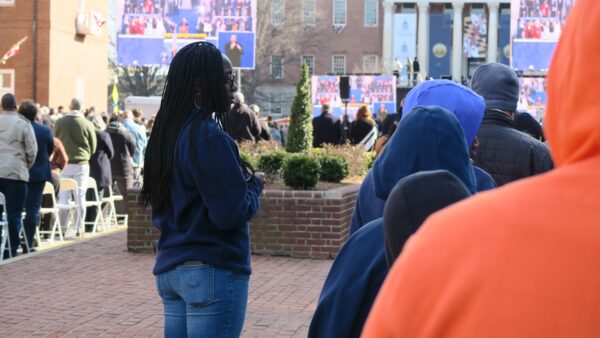 Christina E. Luthers Bradford, a seventh-grade math teacher at the Elmer A. Henderson: A Johns Hopkins Partnership School and adviser to the Student Government Association there, watches over students during the Wednesday inauguration of Gov. Wes Moore and Lt. Gov. Aruna Miller. Photo by William F. Zorzi.

At one point, during the invocation by Bishop L. Hickman Sr. of Baltimore’s Southern Baptist Church, she leaned in to a group in the folding white seats. “Stand up, please,” she told them.

For her, the inauguration also meant something personally.

Growing up, she said, “I wasn’t always led to believe that … people of color were to be celebrated or acknowledged as leaders.” But the election of Moore and Miller made her realize “how progressive our state is.”

The SGA leaders were quite clear on what they were witnessing.

“I think it’s really cool that we have a Black governor, given the circumstances that we were put in as Black people a long time ago,” said Cannyn Shelton, 13, a seventh-grader from West Baltimore who is the SGA vice president.

“I think it’s extraordinary, but it’s kind of sad that this is the first Black governor that we’ve ever had,” said Sol Aloe, 12, a sixth-grader from East Baltimore and the school’s SGA secretary. “This is just a step toward diversity in America.”

Jordan Karon Divers, 13, chimed in with his thoughts.

“I think this is a historical and rare moment,” Divers said. “It’s really good to see a Black person in the office of the governor’s position.”

Jebraune C. Chambers, a fourth-grade English teacher, explained why she believed the trip to Annapolis was so important.

“When I was their age, Obama was inaugurated president, and I remember as a fourth-grader how momentous that was for me,” Chambers said. “We really wanted to do this field trip to help them understand how momentous this is in the state of Maryland.” 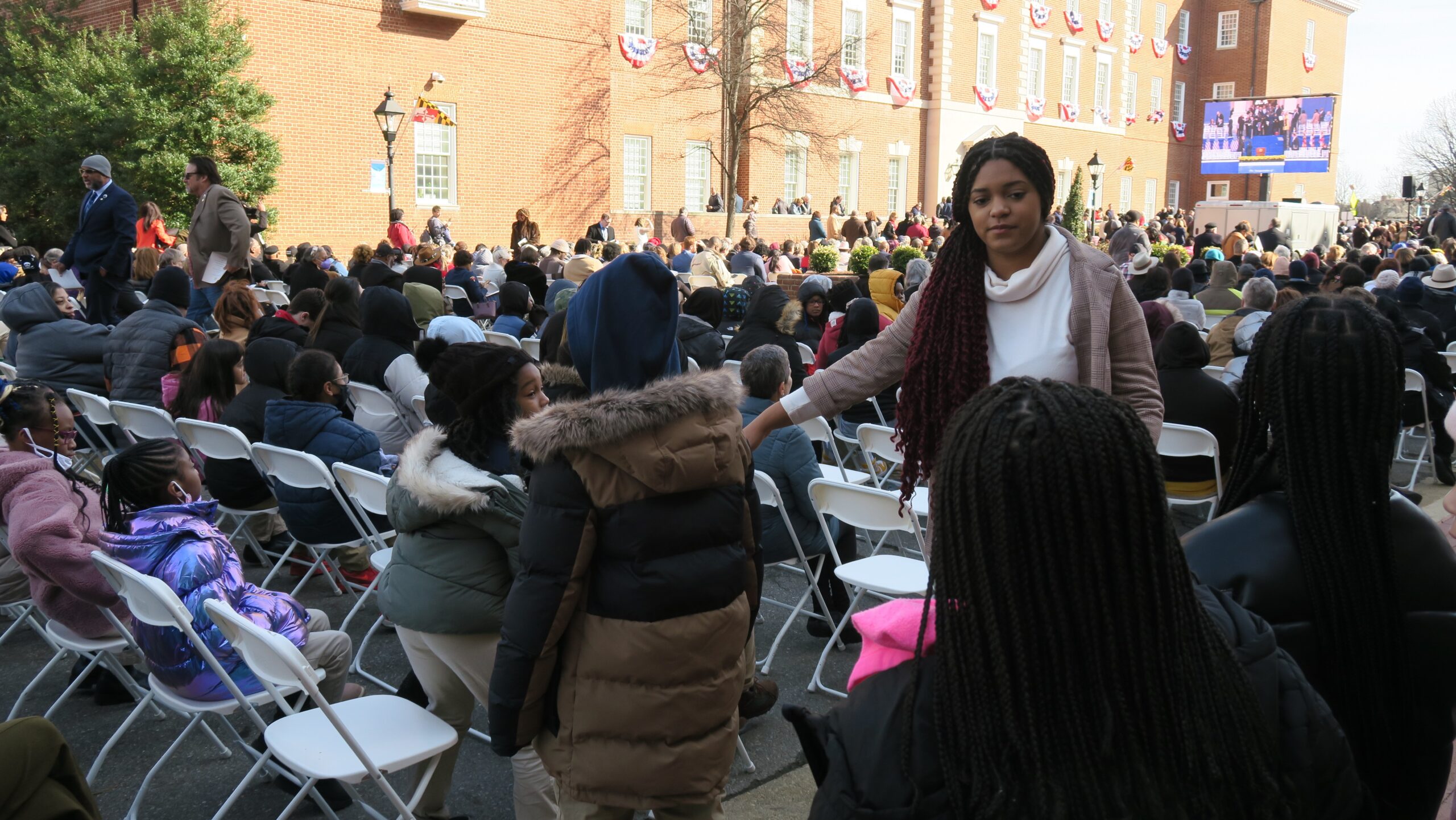