With just days remaining until he takes office, Gov.-elect Wes Moore (D) on Friday selected four more people to take leadership positions in his administration. A couple are holdovers from the cabinet of outgoing Gov. Larry Hogan (R).

In a statement, Moore called the quartet “incredibly experienced and diverse leaders.”

“I know these public servants are going to help us build the future we want to see here in Maryland,” he said. 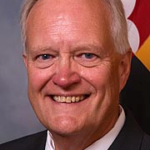 Strickland has served as secretary of Emergency Management under Hogan since October 2021, and has run the agency since 2015, when it was a non-Cabinet level department known as the Maryland Emergency Management Agency. He has also served as director of emergency operations for Harford County and has held public safety positions at Johns Hopkins University and the University of Maryland at College Park. He has also served as a volunteer firefighter, as an EMT, as a patrol officer, a dispatcher, a fire investigator, and in many other roles all across the state in the emergency management field. 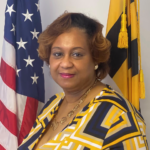 Scruggs was appointed acting secretary of Public Safety and Correctional Services on Jan. 1, and has worked at the agency in various capacities for 27 years, including leading several DPSCS facilities as warden or facility administrator; serving as assistant commissioner of the Division of Pretrial Detention and Services; and serving as deputy commissioner of the Division of Correction. 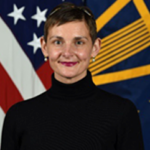 Savage is the leader of the Defense Digital Service of the U.S. Department of Defense, leading dozens of programmers, designers, engineers, and data scientists. She helped lead the agency’s COVID-19 response, including the development of a mobile tracking application used by 200,000 personnel, cybersecurity measures to ensure safe vaccine manufacturing and delivery as part of Operation Warp speed, and the development of an emergency communication software toolkit for top officials in the Office of the Secretary of Defense. Before working at the DOD, Savage was director of operations and services at the City Tech Collaborative for the city of Chicago. 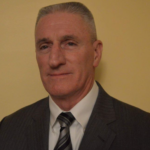 Frank, who has a 28-year career in law enforcement, is joining the new administration as deputy chief of staff of Public Safety and Homeland Security. A former lieutenant and acting commander with the Maryland State Police, Frank served in various security roles within state government. He helped lead the Maryland Port Administration as director of security and then as senior adviser and director of Homeland Security, Emergency Management, and Rail Safety in the Maryland Department of Transportation. In 2019, Hogan appointed Frank as the statewide interoperability coordinator for the Maryland Department of State Police, coordinating emergency response communications across jurisdictional boundaries.

With Moore set to be sworn in on Wednesday, he is accelerating the pace of personnel announcements for his incoming administration. The governor-elect still has some big positions to fill, including secretary of Transportation, secretary of Commerce, secretary of Natural Resources, secretary of Human Services, and secretary of Aging, among others.

“We look forward to working with the [chamber] and also with our new executive director, Ufuoma Agarin,” Wilkins said.

Agarin previously served as legislative director for the Baltimore City Senate delegation, as an Election Day coordinator for the Maryland Democratic Party, and as an aide to Baltimore City Councilmember Danielle McCray (D).

The caucus plans to hold a news conference later this month to outline a Black agenda for the 90-day legislative session.

Among the many worthy and inspirational events around Maryland related to the Martin Luther King Jr. holiday, a fair housing event in Laurel on Sunday afternoon caught our eye.

Civil rights activists, representatives of consumer rights groups and lending institutions, and faith leaders will also be on hand. The event runs from 1 p.m. to 4:30 p.m. and is at Heat and Frost Insulators and Asbestos Workers Local 24, 901 Montgomery St.