Maryland Gov.-elect Wes Moore (D) named six more department heads to his cabinet Thursday, with an eye toward making it the most diverse collection of top state officials ever.

Moore, who is scheduled to be sworn into office Wednesday, announced the appointments of the secretaries of health, labor, human services, general services and juvenile services, with four out of the six being people of color and one of them an openly gay man. All of the appointees have some sort of government work experience.

“I promised in my campaign we would create an administration that looks like the state of Maryland, and today I’m proud to announce that with the addition of these public servants we are on our way to creating the most diverse cabinet in the history of Maryland,” Moore said in a press statement. “We’re going to move fast and these leaders are going to help pave the way to creating a Maryland where no one is left behind.” 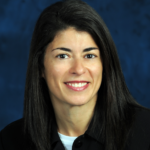 Moore named Dr. Laura Herrera Scott, a former state public health deputy secretary, to head the Department of Health; Portia Wu, managing director of U.S. Public Policy for Microsoft Corp., to lead the Labor Department; Rafael J. López, senior advisor to the federal Administration for Children and Families, to head the Human Services Department; Atif T. Chaudhry, deputy secretary for operations at the state Health Department, to head the Department of General Services; Anthony C. “Tony” Woods, a West Point graduate who did two tours of duty in Iraq, where he was awarded the bronze star, to lead the Veterans Affairs Department; and Vincent N. Schiraldi, a nationally recognized criminal justice and prison reformer, to head the Juvenile Services Department.

During the administration of Gov. Martin O’Malley, Herrera Scott served as the state deputy health secretary for public health services, from 2011-2015.

Scott also is a major in the U.S. Army Reserve’s Medical Corps.

“We are thrilled that Dr. Laura Herrera Scott is Governor-elect Wes Moore’s choice for Health secretary,” said Vincent DeMarco, president of the Maryland Health Care For All coalition. “In her time at the Baltimore City and Maryland state health departments, Dr. Herrera Scott has shown herself a strong public health advocate and terrific leader. We look forward to working with her to achieve our common goal of quality, affordable health care for all Marylanders.” 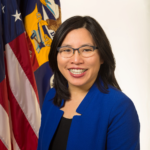 Moore’s Labor Department appointee, Wu, who resides in Chevy Chase, has worked at Microsoft since 2017, but before that, was assistant secretary for employment and training at the U.S. Department of Labor in the administration of President Barack Obama. From 2011 to 2014, Wu served on the White House Domestic Policy Council as special assistant and senior policy advisor to Obama for labor and workforce. She also had been labor policy director for the late Sen. Edward M. Kennedy, the Massachusetts Democrat.

“Congratulations to future Labor Secretary Portia Wu! We look forward to working with you to improve the lives of Maryland’s workers,” was the message on the Facebook page of the Maryland State and District of Columbia AFL-CIO.

Donna S. Edwards, president of the labor group, said Wu called her Thursday morning to introduce herself, before Moore made his announcement publicly.

“Portia has a tremendous labor background,” Edwards said. “She comes with great experience from both sides – a labor point of view and a business point of view.”

Asked about Wu’s employment at Microsoft, Edwards said the company had a “labor neutrality agreement” with the Communications Workers of America, AFL-CIO, CLC, since last June, resulting in “labor peace.” 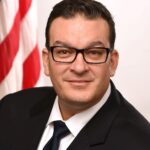 Earlier he worked in Baltimore, first as president and CEO of the Family League of Baltimore City and then as associate director of the Annie E. Casey Foundation. 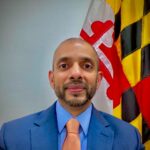 Chaudhry, the nominee for the Department of General Services, started state service in 2004 at the Maryland Health Department. In 2017, he became director of the Office of Facilities Management and Development, a position he held until August 2020, when he was named acting deputy secretary of operations. He was made the permanent deputy secretary in January 2021. 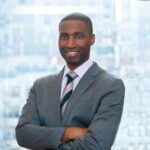 Veterans Affairs appointee Tony Woods, who resides in Bowie, currently is executive director of the Quad Fellowship, a program he founded for 100 American, Japanese, Australian, and Indian students pursuing advanced degrees in science, technology, engineering, and mathematics to study at American universities. The fellowship operates at the philanthropic Schmidt Futures, where he was director and head of talent.

Before that, Woods worked at Cisco Systems, The Boston Consulting Group and Capital One.

Woods’s military career began as a U.S. Army lieutenant, after graduating from West Point and serving in Iraq. He was discharged in 2008 under the military’s “Don’t Ask Don’t Tell” policy, which barred members of the LGBTQ community from serving openly in the military.

The following year, Woods set out to be the first openly gay African-American elected to Congress, running in a special election for an open congressional seat in California’s 10th District, east of the San Francisco Bay area. He lost, receiving only 9% of the vote.

Woods resumed his military service in the U.S. Army Reserve and now is a major, serving as an intelligence analyst at the Pentagon.

Woods has served as a program director at Service Nation, a campaign of Be The Change, Inc. dedicated to increasing national and volunteer service – an idea generally championed by Gov.-elect Moore. He also was a fellow in the U.S. Office of Personnel Management in the Obama White House. 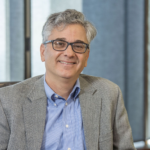 Moore’s nominee for juvenile services, Vincent Schiraldi, most recently has been a senior research scientist at the Columbia University School of Social Work and co-director of the Columbia Justice Lab in New York.

Before that, Schiraldi was commissioner of New York City’s Department of Correction, which oversees the long-troubled Rikers Island, a position to which former Mayor Bill de Blasio appointed him in May 2021. He attempted to close the New York jail and eliminate the practice of solitary confinement, as well as managing to anger the unions representing jail employees, before the new mayor, Eric Adams, fired him after he took office in late 2021.

He had previously worked in the de Blasio administration from 2014 to 2015, when he was a senior adviser to the director of the Mayor’s Office of Criminal Justice. For four years before that he was a commissioner of the New York City Department of Probation. Earlier, in 2005, he was director of the Department of Youth Rehabilitation Services in Washington, D.C.