As Maryland Republicans prepare to gather at the Maryland Live! Casino Saturday to elect a new slate of leaders following a calamitous election cycle, one GOP consultant is pushing an idea to help build the party from the ground up.

Jim Burton, a former executive director of the Maryland Republican Party who has advised GOP candidates in the state for three decades, plans to convert a dormant political action committee he controls called Maryland Families First into a recruiting and training organization for Republicans and conservatives at the county level, including school board races.

Burton said he believes the key to the party’s renewal is building a bench of quality candidates at the local level. He envisions the PAC supplementing the work of the state party, which tends to concentrate on elections higher up the ballot.

“There’s not an organized focus on the county level,” Burton said. “I’m not trying to take anything away from the state party or steal their thunder. But they’re obviously focused on the statewide picture.”

Burton has been discussing the idea with his clients and other party leaders and stalwarts over the past several days and also plans to pitch it to GOP activists at the state convention in Hanover this weekend. He hopes to attract some seed money to get the organizing effort off the ground in the coming weeks.

The Maryland Republican Party is holding its semi-annual convention in the wake of an election last month that saw its  nominee for governor Dan Cox lose by 32 points — the worst defeat for a Republican gubernatorial candidate in Maryland since 1986. Republican candidates for three other statewide offices — state comptroller, attorney general and U.S. Senate — lost by comparable margins, while GOP contenders in competitive county executive elections were defeated. The party lost seats in the General Assembly and highly-touted congressional nominees also went down to defeat.

These losses occurred despite the enormous popularity of term-limited Gov. Larry Hogan (R), who has appealed to Democrats and independents as much as he has to voters of his own party during his eight-year tenure. But the state Republican apparatus and activists have been dominated in recent years by fans of President Trump, who earned 34% and 32% of the vote in Maryland in the 2016 and 2020 White House elections, respectively, limiting the GOP’s broader appeal.

Dirk Haire, who had been the state Republican chair for the past six years, announced days after the election that he would not seek another term, and the proceedings at this weekend’s GOP convention will be dominated by the fight to replace him as party leader.

The leading candidate appears to be Nicole Beus Harris, a political consultant and the wife of Rep. Andy Harris. She’s running with the support of Cox and the state’s three Republican county executives — Robert Cassilly of Harford County, Julie Giordano of Wicomico County, and Danielle Hornberger of Cecil County. Also running is Tim Fazenbaker, a Baltimore County business executive who ran unsuccessfully for state delegate this year and for Congress two years earlier.

Gordana Schifanelli, an Eastern Shore lawyer who was Cox’s running mate this year, had also planned to run for state chair, but she was told by party leaders that she had turned in her candidacy papers too late. She may still try to put her name before the Republican central committee members through a floor fight at this weekend’s convention.

It is with this drama as a backdrop that Burton is hoping to launch his candidate recruitment and training effort. He likens it to Emerge Maryland, the organization that has recruited and worked with Democratic women candidates for almost a decade and has become a force on the state’s political scene.

The GOP strategist said he’d use any seed money he raises for the effort to do a deep dive into Maryland’s most recent election results, figure out how Republicans can better take advantage of the state’s three methods for voting — they are way behind Democrats when it comes to urging their supporters to vote early or use mail-in ballots — and how best to recruit and prepare candidates interested in county elections or school board races.

In Cecil County, local elections are held in the presidential election year, and Hornberger said the county GOP could benefit from Burton’s recruitment and training program ahead of 2024. 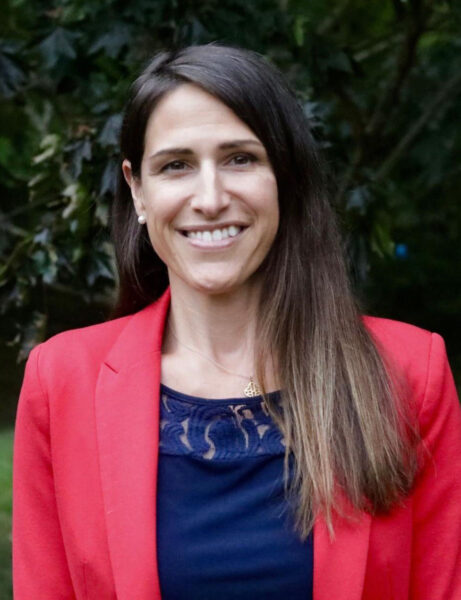 “We need the strongest effort to ensure that conservative Republicans are elected,” she said.

Hornberger, now the longest-serving Republican county executive in the state, said she wanted to take a greater role in rebuilding the party in the years ahead, and would focus to a great degree on growing local parties.

“I’m certainly excited to learn about this new independent effort to help elect conservatives, which should be a valuable asset to conservative voters in Maryland,” she said.

“When I first ran for town council, when my political career began, I didn’t know what the hell I was doing,” he said. “Candidates need to know what they’re getting into. The average candidate needs to have an idea of what they’re doing to be better candidates and better public servants.”

Burton said he’s optimistic that he can raise about $15,000 or $20,000 initially with a simple message: “We’ve got to find candidates,” he said. “Let’s then find the tools to make them a success.”