One of the most competitive state legislative races of the 2022 election cycle has taken an unexpected and nasty turn.

In the five-page suit, Saab maintains that some of the literature that Gile’s campaign sent recently to voters’ homes contains false information about Saab and his businesses, including the suggestion that he is under federal indictment.

The complaint also accuses the Gile campaign of intentionally darkening a photo of Saab in another campaign mailing — “an absolutely racist tactic,” in the Saab campaign’s words. Saab was born in Lebanon.

Curiously, while Saab’s lawsuit targets Gile’s campaign, the mailers in question, which went out last month, were not sent to voters by Gile. Instead, they came from the Maryland Democratic Senate Caucus Committee, the campaign arm of state Senate Democrats.

Saab did not respond to an email asking why he is suing Gile and her campaign and not the Senate campaign committee.

In a statement provided to Maryland Matters, Gile called Saab’s lawsuit “a distraction and a misuse of the legal system.”

Saab’s suit references one mailer whose cover says, “FOR MOST OF US, COVID WAS A CRISIS. But Federal Prosecutors Say That For Sid Saab’s Business, It Was an Opportunity — TO RIP OFF TAXPAYERS.”

That’s a reference to a federal indictment this spring of a physician named Ron Elfenbein, who ran the COVID-19 testing clinic at BWI Thurgood Marshall Airport and other sites around the state. He has been accused by federal authorities of overbilling Medicare and other insurers by more than $1.5 million. 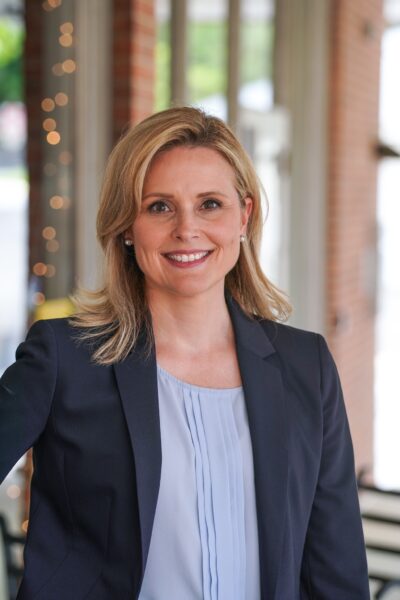 Although Saab was not indicted and has not been publicly targeted by federal law enforcement authorities, he is the founder of the company, Drs ERgent Care, that Elfenbein headed at the time of his indictment and still appears to have a financial stake in the company. For a time after the company was launched in 2015, Saab was listed on state documents as the registered agent for the company, which listed the lawmaker’s home address as its “principal office,” according to media accounts.

Elfenbein is scheduled to go to trial in U.S. District Court in Baltimore in January, according to federal documents.

“THE ALLEGATIONS ARE SHOCKING” the Democratic mailer also says, adding that Saab “stood to profit” from the alleged scheme.

But in his lawsuit, Saab says the implications that he was involved “are categorically false,” and that the mailer was “an effort to tarnish the reputation of the Plaintiff in the eyes of the voting public.”

Saab’s suit also targets a Democratic mailer that carries information about a federal lawsuit a former employee at a gym Saab co-owns filed against the company. The mailer is meant to look like a dossier; the cover says, “Read the File On Allegations Of Sexual Abuse at Sid Saab’s Company.” Inside, the mailer carries excerpts from the suit the ex-employee filed against the company in 2021, alleging she was fired after she reported ongoing sexual harassment by a co-worker.

The gym, in Severna Park, is co-owned by Saab and Del. Brian Chisholm (R-Anne Arundel). On Sept. 30, a federal judge denied a motion by the lawmakers’ attorneys, who include House Minority Leader Jason Buckel (R-Allegany), for summary judgment, which means the former employee’s lawsuit is still pending.

In his defamation lawsuit against Gile and her campaign, Saab maintains that the mailers falsely claim that Saab fired the ex-employee in retaliation for her decision to report her co-worker’s sexual harassment. And the suit alleges that photos of Saab on the mailers have been darkened, “making him appear to be a sinister, unethical minority.”

Saab’s suit maintains that because this information was disseminated in mailers and on the Internet, “the character and reputation of Plaintiff were harmed, his standing and reputation in the community were impaired, and he suffered mental anguish and personal humiliation.”

In his suit, Saab is seeking $1 million in compensatory damages and another $1 million in punitive damages. Saab’s attorney in the legal matter is C. Edward Middlebrooks, a Republican who served on the Anne Arundel County Council and state Senate in the 1990’s and returned to serve on the council again from 2002 to 2010.

In the statement her campaign provided to Maryland Matters, Gile did not directly respond to Saab’s allegations. But she did imply, as have other Democrats, that Saab’s allegations amounted to an act of desperation.

“I am running to ensure our schools have the support they need, protect the Bay, and support working families,” she said. “This is the first we’ve heard of this claim. I see this as nothing more than a distraction and misuse of the legal system. I look forward to continuing to run a campaign on the issues that matter most to the voters of Anne Arundel County.”

Saab and Gile are battling to replace Sen. Ed Reilly (R), who is retiring this year after 13 years in the Senate. The 33rd District, which includes Arnold, Millersville, Crownsville, Crofton, Gambrills, Odenton, Davidsonville and parts of Severna Park, was once a Republican stronghold, but has become increasingly Democratic in recent years — thanks in part to the new legislative district lines that Democrats drew in the last General Assembly session. Senate Democrats consider the seat their top pickup opportunity of this election cycle.