State Sen. Adelaide Eckardt (R) will live to fight another day on the Eastern Shore.

Five weeks after being ousted from the General Assembly in the Republican primary, Eckardt forced a runoff in the special mayoral election Tuesday in her hometown of Cambridge.

Eckardt finished second in Tuesday’s balloting, with 30.32%. The top vote-getter, Steve Rideout, a former city councilmember and retired juvenile court judge in Virginia, fell short of the 50% he needed to avoid a runoff. He took 35.21% of the vote, while four other candidates split the rest.

Eckardt and Rideout now head to the runoff on Sept. 20.

Eckardt, 78, a 28-year veteran of the General Assembly, had hoped for one last political hurrah in the wake of her own, self-described “miserable” performance in last month’s Republican Senate primary against Del. Johnny Mautz (R).

About 1,330 people in the city of 13,250 voted in Tuesday’s special election. Ninety-two absentee ballots, which were counted first, showed Eckardt trailing Rideout badly, 53.26% to 27.17%, but the margin closed steadily as Tuesday night progressed.

Eckardt lost the Republican Senate primary in part because Mautz complained that she wasn’t ideologically pure enough. But in her mayoral run, Eckardt argued that her contacts in Annapolis would serve Cambridge well. A handful of Democratic lawmakers and political operatives traveled to Cambridge to help her door-knock in the days leading up to the special election.

As Eckardt waited to learn her fate Tuesday night, the group Maryland Republican Women Empowered was spotlighting two younger — and decidedly more conservative — leaders whose political careers appear to be on the rise.

Cecil County Executive Danielle Hornberger, who ousted an incumbent in the Republican primary in 2020, and Julie Giordano, who defeated an acting incumbent in this year’s GOP primary for Wicomico County executive, spoke during a Zoom chat about their experiences in the arena. Both said they’ve had to battle against “an old boys’ club” in their communities, and that the personal attacks have been far more furious than they imagined.

“People nowadays get their news from Facebook and it seems that no matter what the truth is, everything just goes sideways on Facebook,” Hornberger, 41, observed. “You can put out a press release that you’ve done a great thing and it just devolves from there…They say a lie can go halfway around the world before the truth even gets its shoes on. It’s just crazy. It’s hard to get the facts out there.”

Giordano, a 40-year-old high school teacher, said the level of vitriol surprised her.

“I’ve been called everything from a RINO to a white supremacist,” she said. “I’ve been accused of being at [the U.S. Capitol] on Jan. 6 — I was teaching at the time…I wasn’t ready to tell my students that adults are just as bad — maybe worse — than kids on social media. I wasn’t ready to explain to my 12-year-old why people are so nasty to his mom.”

Both women said they decided to run for office because they were disenchanted with the direction in their communities.

Hornberger grew up in Waldorf, in Southern Maryland, and said the community changed for the worse when it became “urbanized and suburbanized.” She said she did not want that to happen in Cecil County, where commercial developers held sway with the local government. 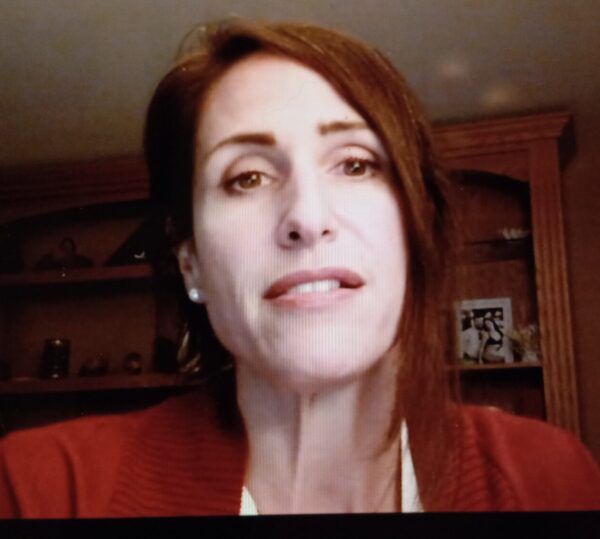 “I know what happens if sprawl isn’t held in check,” she said, adding that she also wanted to hold the line on taxes and government spending without cutting important programs.

Hornberger had been working for U.S. Rep. Andy Harris (R-Md.) when she ran for county executive, and said she entered the race because the incumbent, Alan McCarthy (R), “didn’t share those values.”

Giordano called herself “a lifelong conservative Republican” who had been working to build Republican and conservative organizations throughout the Lower Shore. She’s also been a teacher for 18 years, and said people often ask her, “How can you be a conservative and a teacher?”

“I tell people who ask me how are you a teacher and a Republican and I laugh and say, ‘how are you not?'” she continued.

“Where did this spark [to run for office] start? I just knew that I was sick and tired of being sick and tired and decided I wanted to do something.”

Giordano now faces Wicomico County Councilmember Ernest Davis (D) in the general election. While it’s slowly changing, Wicomico is a conservative county that tends to favor Republicans — but Democrats in fact have a slight voter registration edge, so Giordano isn’t taking anything for granted. 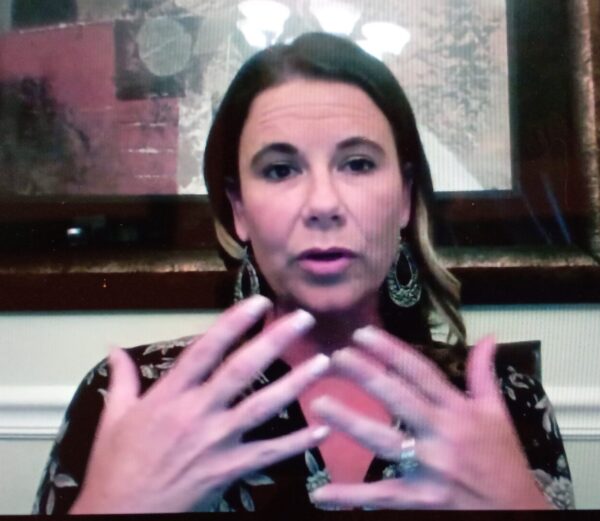 “It’s still nerve-wrecking because you just never know what’s going to happen,” she said. “To tell you the truth, the Wes Moore ticket makes me a little nervous, because I know my opponent is going to try to ride those coattails. It would have been a little different if it was Peter Franchot or [Tom] Perez” as the Democratic nominee for governor.

Davis, like Moore, is Black; about 28% of the Wicomico County population in 2021 was Black, according to Census Bureau estimates.

Hornberger conceded that she did not have to sweat her general election in 2020, in a county where Democratic candidates rarely top 35% of the vote. But some political candidates in Cecil are crafty, she said.