Malcolm L. Funn, one of two Democratic members of the State Board of Elections, died unexpectedly Tuesday of complications from hernia surgery. He was 77.

The Calvert County resident’s death comes at a critical time for the state elections board, as it works to certify the results from the July 19 primaries and sets rules and procedures for the upcoming general election — and it adds some uncertainty to the board’s short-term agenda and work product.

Funn’s death also throws the partisan makeup of the board into greater imbalance: State and local elections boards by law have three members from the governor’s political party and two from other parties, so the state board currently has three Republicans and just one Democrat. Every vote of the state elections board must pass with a supermajority; with only four board members at present, every vote must now be unanimous.

A spokesman for Gov. Lawrence J. Hogan Jr. (R), Michael Ricci, said Friday that the governor planned to appoint another Democrat to the board, who would serve through the end of Funn’s term in 2024, after receiving a recommended candidate from the Maryland Democratic Party, as is customary. 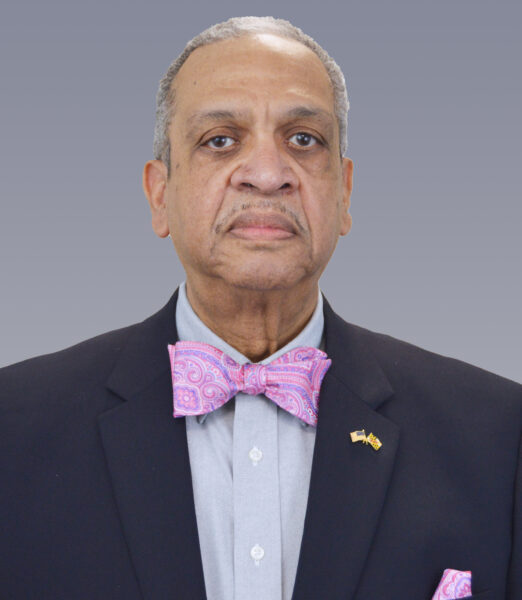 But other state officials said it was unclear whether Hogan had the ability to appoint a replacement; state law prevents a term-limited governor from making key appointments to executive branch agencies after the final primary election before his term runs out. The elections board’s status as an independent agency complicates the matter.

“I’ve asked the question myself,” William Voelp, the Republican chair of the State Board of Elections, said in an interview Friday. “There are some gymnastics.”

Nikki Charlson, Maryland’s deputy elections administrator, said the agency is seeking advice from the Office of Attorney General “on whether and how this vacancy can be filled.” A spokeswoman for Attorney General Brian Frosh (D) did not immediately respond to a request for comment.

Local boards of elections in Maryland traditionally have alternate members who can serve if another member dies or leaves office. But the state board does not.

What may make it likelier that the governor can appoint a replacement for Funn is that in this instance, Hogan would simply ratify the selection of the state Democratic Party rather than advancing a candidate of his own. Because the General Assembly is not in session, his selection would serve until at least early next year, when the state Senate would begin its confirmation process. Assuming the new board member is confirmed by the Senate, he or she would serve through the end of Funn’s term — June 30, 2024.

Brandon Stoneburg, a spokesman for the Maryland Democratic Party, said there is no “pre-made list” of candidates, but that whenever the state receives official word that Hogan can replace Funn, the party’s executive committee would meet to discuss possible candidates and forward a name to the governor. Whenever there is a Democratic vacancy on the State Board of Elections, the legislature’s presiding officers have a major say on the appointment.

“Especially in an election year, we should have a full complement of members on the elections board,” said state Sen. Cheryl Kagan (D-Montgomery), the vice chair of the Education, Health and Environmental Affairs Committee, which has jurisdiction over elections. “I think it’s important to have strong bipartisan representation so Marylanders have faith in the process and the results of the general election.”

The state elections board has scheduled an emergency meeting for Monday afternoon to, among other things, discuss adjusting calendar dates for certain official steps in the election process to accommodate the fact that a court ordered the state to hold its primary in July, three weeks later than originally scheduled. But it’s also possible that the board will discuss Funn’s vacancy and may also designate one of its members to take over his position as vice chair. Later this summer, the board will hold a meeting to officially certify the primary election results.

But other pressing business remains to be sorted out in the weeks ahead, including whether the board wants to pursue legal action to force the state to open and count general election mail-in ballots before Election Day. Hogan this spring vetoed a bill from Kagan that would have enabled early counts of mail-in ballots during the primary; as a result of his veto, mail-in ballots weren’t opened across the state until two days after the primary, leaving some results still up in the air.

“I cannot speak for the entire board, but I would lean toward wanting to seek court relief to begin counting eight days early,” Voelp said. He added that the board had considered litigation on the timetable for mail-in ballot counting before the primary but felt there wasn’t enough time to successfully pursue a court case and prepare for possible early ballot-counting.

The questions and uncertainty come as Funn’s former colleagues mourn his sudden passing.

“Malcolm and I were kindred spirits and very good friends,” said Voelp, who received an email from Funn at 11:19 p.m. on the day before he died.

Hogan, in a statement provided to Maryland Matters, said Funn “was a deeply dedicated member of his community, and an example for all of us to emulate.”

Former state Sen. Patrick “P.J.” Hogan — no relation to the governor — who served with Funn on the elections board, said he was “shocked and saddened” to learn of his death.

“I enjoyed working with him very much,” he said. “I found him to be inquisitive and thoughtful and very practical as we debated all the nuances of the elections, especially during the two years of the pandemic.”

In contrast to other states, P.J. Hogan, said, the state elections board is “very collegial,” and Funn epitomized that.

Through his life, Funn had a long list of civic engagement, including serving on the Calvert County Planning Commission and the county liquor board, as first vice president of the Calvert County NAACP, and on several other local boards. He was also active with the group Strong Schools Maryland.

The vacancy on the state elections board highlights that the composition of all elections boards in Maryland will change if Democrat Wes Moore is elected to replace Hogan as governor. If that happens, Democrats would gradually take 3-2 control of all those boards.

The terms of elections officials in Baltimore City and the 23 counties run concurrently, giving Moore the opportunity to reconstitute them almost immediately. The terms of local elections board members start the first Monday of June of the year following a gubernatorial election.

The new governor would replace members of the state elections board as their terms expire. The terms of all three Republican members — Voelp, Severn Miller and T. Sky Woodward — expire on June 20, 2023.

If Del. Dan Cox (R-Frederick) is elected governor, the elections boards would retain their 3-2 Republican majorities.