Del. Sara Love (D-Montgomery) and her District 16 seat mates — Dels. Ariana Kelly and Marc Korman — are running unopposed this year, with no challengers in July’s Democratic primary or in the general election.

So when Politico reported earlier this month that the U.S. Supreme Court is poised to overturn Roe v. Wade, Love decided to put her campaign war chest to use helping pro-choice candidates around Maryland.

Last week the Montgomery County lawmaker launched StandUp MD, a fellowship program that will train college students and recent graduates on the art of political organizing. 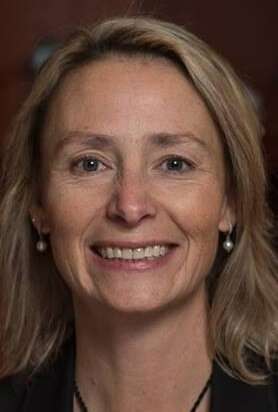 “I was really thinking — I know I will get out and support my colleagues. Donate to them, [door] knock for them,” said Love. “But what else can I do? Ensuring that we have our veto-proof majority is the ‘what else’ I can do.”

Republicans have won three of the last five gubernatorial races in Maryland and they may well have a shot again this year, even without popular term-limited incumbent Lawrence J. Hogan Jr. (R) on the ballot.

“Both Kelly Schulz and Dan Cox are 100% anti-choice,” Love said of the leading GOP contenders. “You can’t rest on things like this. It is too important. It is too fundamental.”

[Schulz, who is personally anti-abortion and pursued legal restrictions as a state delegate, has said she will not seek to change Maryland’s current abortion laws if elected governor.]

Love plans to fashion StandUp MD in the mold of U.S. Rep. Jamie Raskin’s Democracy Summer program, a Washington, D.C.-based intensive that schools young people on the workings of a healthy, functioning federal government. In addition, she and the congressman intend to have the two programs partially overlap — with hers serving as a “Maryland pro-choice mobilization version” of Democracy Summer.

Raskin (D) said the young activists who sign up with Love’s program will be able to join with his Democracy Summer students for the “academic” portion of the program, where they’ll learn about the history of progressive movements and the role young people played in them.

“We’re excited that the kids she’s working with can do the academic program with us,” he said.

Love was the policy director at the ACLU of Maryland during the years Raskin served in the state Senate.

“We’ll train [the activists] in Maryland state government, the status of politics in Maryland [and] the status of choice,” she said. “We will train them up and send them out to volunteer on campaigns for pro-choice Democrats….”

Love expects to have Senate President Bill Ferguson (D-Baltimore City), House Speaker Adrienne A. Jones (D-Baltimore County), Kelly, a leading proponent of abortion rights in Annapolis, and others speak to her fellows. They will work in both primary and general election contests.

“Some of my [Democratic] colleagues are up against anti-choice primary opponents,” she noted. “There are some out there.”

StandUp MD fellows will be paid a stipend from Love’s campaign account, which as of January had approximately $55,000. She said it’s too soon to know how large her inaugural class will be.

“We just came up with idea two weeks ago,” she said. “The more fellows we get, the more campaigns we can assist.”

Raskin’s Democracy Summer program, meanwhile, has grown to about 750 participants. The program is now affiliated with the Democratic Congressional Campaign Committee, where Raskin serves as vice chair of organizing, and will be sending the activists to congressional districts around the country where Democrats are vulnerable or see the possibility of picking up seats.

“We are solving the problem of blue district members not knowing what to do in campaigns,” he said.

Raskin also cast the political programs as a way for young people to connect after so many months of isolation due to COVID-19.

“Part of the solution is to be involved with other young people in politics,” he said.