Medlock has served on the District Heights Council since 2016 and he was one of nine people to seek appointment to the District 6 seat. The district is bordered by Maryland Rt. 450 to the north and Pennsylvania Avenue to the south, and it includes District Heights.

Council members said on Tuesday that they chose Medlock because he has first-hand knowledge of the community and works well with others. In addition, he was vetted by the panel last year for a seat on the county revenue authority’s board.

There was another factor weighing in Medlock’s favor: He does not want the job full-time. 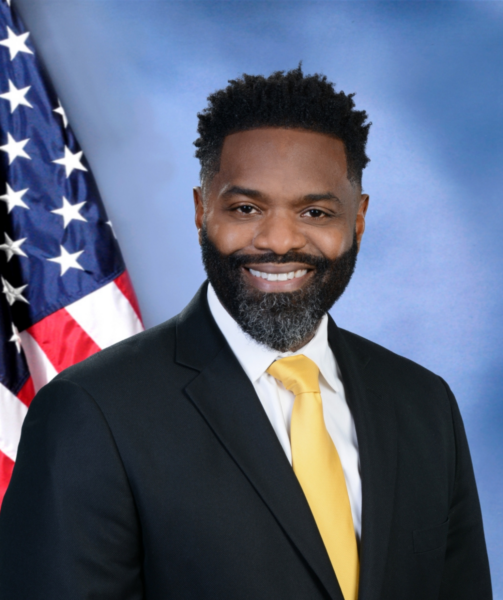 Five candidates — all Democrats — have filed to run in the July 19 primary. Two of the five applied to serve out the final months of Davis’s term.

Members of the county council said District 6 residents made in clear they did not want one of the candidates seeking a full four-year term to take Davis’s place, because it could give them a leg up on their opponents.

“It really is an unfair advantage,” said Medlock. “I know what I can do in seven months with the position, so I can imagine what a person who was a candidate could do… to get the adoration of the people.”

“I believe the council made the best choice by choosing someone who was not a candidate,” he added.

In selecting Medlock, the council rebuffed Davis’s efforts to elevate Nakia R. Wright, chief operating officer of The Gathering at Forestville, one of the candidates running for the District 6 seat.

The vote to appoint Medlock was unanimous. He is scheduled to be sworn in May 9 and will serve until the new Council is seated in December.

He said he will resign, as required, from the District Heights Council and his post on the revenue authority before assuming his new duties in Largo.

A Council spokesperson declined to provide the names of the nine applicants. Nor would she provide the letters of interest that applicants submitted or their resumes.

Like Wright, Queen is a council candidate who sought appointment to the panel.

Wright did not return a reporter’s request for comment.

In an interview, Queen, a lifelong county resident who raised 21 children, said she understood the council’s decision to appoint a temporary caretaker to the council seat.

“It would have been nice to have the opportunity to get in early and get to know the people,” she said. “But I do understand that the council members were actually looking out for their behinds. For real.”

Councilmember Thomas Dernoga (D) said Medlock was the first person to be appointed by the council since Reggie Parks, a former aide to County Executive Wayne K. Curry (D), who was chosen in 1994. In recent years, the county’s Democratic Central Committee has filled vacancies. The law was subsequently changed so that the council now fills vacancies that occur in an election year.

Editor’s Note: This article was updated to clarify that Medlock was chosen to serve on the revenue authority board by the council, not County Executive Angela D. Alsobrooks (D).