In the waning moments of the General Assembly session late Monday night, Jones read through an order that she was appointing Del. Benjamin S. Barnes (D) chair of the House Appropriations Committee and Del. Joseline A. Peña-Melnyk (D) chair of the House Health and Government Operations Committee. Both represent District 21, which is anchored in Prince George’s County and includes a piece of Anne Arundel County.

Rather than waiting for the next legislative term to begin, the Barnes and Peña-Melnyk appointments will take effect immediately.

Having two committee chairs from the same district isn’t unprecedented in the House: Pendergrass and Ways and Means Chair Vanessa E. Atterbeary (D), who took over the gavel this year, both represent District 13 in Howard County.

Although they represent the same district, Peña-Melnyk and Barnes came to Maryland — and to their leadership positions — in different ways.

Peña-Melnyk, 55, was born in the Dominican Republic, and immigrated to the U.S. as a small child, growing up in New York City. A lawyer by trade, she has been a federal prosecutor and a public defender and has also done conflict resolution work.

Peña-Melnyk served on the College Park City Council from 2003 to 2006 and was elected to the House of Delegates in 2006. She has been a major player on health care policy issues since she arrived in the legislature and has served as HGO vice chair since 2019, where she has taken on greater responsibility for running committee hearings and defending bills in recent years. She ran unsuccessfully for the 4th District congressional seat in 2016, taking 19% in the Democratic primary, good for third place.

With the HGO gavel, Peña-Melnyk becomes the highest-ranking Latino in the history of the General Assembly.

“I’m very blessed and grateful,” she said in an interview moments after the announcement.

Peña-Melnyk and Pendergrass embraced in the State House lobby just after the House adjourned Sine Die.

“You taught me well, so I’m ready,” Peña-Melnyk told her departing colleague. 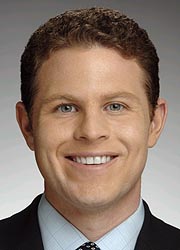 Barnes, 47, was elected to the House at the same time as Peña-Melnyk, after clerking for a Prince George’s County Circuit Court judge and working as a legislative aide to the late state Senate President Thomas V. Mike Miller Jr. (D) while attending the University of Baltimore School of Law. He was a graduate of Eleanor Roosevelt High School in Greenbelt, and is married to Caitlin E. McDonough, a lawyer and lobbyist and the daughter of John P. McDonough, a powerhouse Prince George’s County attorney who was Maryland secretary of State under former Gov. Martin J. O’Malley (D).

A protégé  and confidant of McIntosh, who served as one of her chief lieutenants during her unsuccessful run for House speaker in 2019, Barnes has served on the Appropriations panel since 2015, and for the past two years has been chair of its capital budget subcommittee. He is an attorney in private practice.

Earlier in the evening, Barnes was reluctant to talk about his likely ascension, noting that McIntosh, one of the most venerated state lawmakers of her generation, was still in charge.

“Let’s keep talking about Maggie for as long as possible,” he said.

Kelly, the incoming HGO vice chair, has represented Montgomery County’s District 16, centered in Bethesda, since 2011. A former head of the abortion rights group Maryland NARAL, she has been in the thick of legislative fights this session on expanding access to reproductive health care and created a paid family leave program for Maryland workers.

Chang, who is completing his second term in the legislature, has been vice chair of Appropriations since 2021.

A turn of events with myriad legislative implications.

Many Maryland residents with diabetes will now pay a maximum $30 co-pay for insulin, thanks to a new state law that went into effect…