Republicans have angrily resigned from the bipartisan Women’s Caucus of Maryland after a GOP delegate who was in line to become the next president was leap-frogged for the top job by a Democrat during a virtual caucus meeting Wednesday.

The vote to install Del. Lesley J. Lopez (D-Montgomery) as the new president over Del. Lauren C. Arikan (R-Harford) came as the caucus — thought to be the oldest bipartisan legislative women’s caucus in the U.S. — is preparing to celebrate its 50th anniversary later this month.

“Everyone was offended by the decision,” Arikan said in an interview.

The 11 Republicans in the 80-member women’s caucus resigned immediately after the vote and later demanded that the caucus change its name to the Democrat Women’s Caucus of Maryland “to reflect its new mission and leadership,” Arikan said.

The leadership vote came after a long caucus meeting Wednesday morning that covered several topics and was cut short by the start of Senate and House floor sessions.

With Del. Anne R. Healey (D-Prince George’s) set to step down as caucus president at the end of this General Assembly session, Arikan, as vice president of the caucus, was considered next in line and expected to replace her. Members of the Women Legislators of Maryland executive board traditionally work their way up the leadership ladder, but there is no rule saying that the vice president automatically becomes the next president.

Also by tradition, in a legislature dominated by Democrats, Republicans rotate into the caucus presidency every few years, though there is no set timetable for them to do so. The last Republican to hold the job was Howard County Del. Trent M. Kittleman, who served in 2019 and 2020.

Lopez, who as first vice president of the caucus would have been expected to take over after the 2023 session under the traditional order, said Wednesday she was encouraged to seek the presidency this year by two separate groups of Democratic women in the legislature who in part were concerned about handing the gavel over to Arikan, a vocal conservative known for her slashing, acerbic style during House floor debates.

“I was flattered,” Lopez said in an interview. “I had some plans of what I wanted to do [as caucus president] when I moved up and so I accelerated the timeline.”

Lopez announced her intentions in a March 4 email to colleagues, which was obtained Wednesday by Maryland Matters.

“I’m running for president…for many reasons, not least of which is to professionalize and modernize the caucus, which I’ve heard from many is a real concern,” Lopez wrote in the email. “I’ve also spoken to the Speaker and her staff about the best approach to work toward a more functional, bipartisan caucus.”

Arikan said that while she was aware a contested election was brewing, no Democratic member of the caucus told her what qualms they had about the prospects of her becoming president.

“I’m not sure what motivated the Democrat women to change their mind” about the traditional leadership rotation, she said. 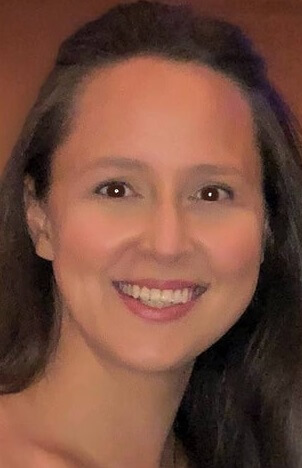 Asked what Democratic colleagues told her about Arikan, a fellow member of the House Judiciary Committee, Lopez replied, “I think everybody has had their own individual experiences with her. But I don’t think you can really be the head of the caucus if your style is to be divisive and partisan.”

In a statement put out late Wednesday afternoon by the Republican women of the caucus, Arikan said she “was committed to leaving the partisanship at the door of the Women’s Caucus to support legislation that reflected the needs of all of the women in the state of Maryland, regardless of political affiliation.”

Lopez said that days before the caucus election, in a spirit of bipartisanship, she approached state Sen. Adelaide C. Eckardt (R-Middle Shore), a veteran lawmaker with strong relationships across the aisle, to join her leadership team and run for one of the caucus vice president slots. Eckardt, who until Wednesday was women’s caucus secretary and had served as president in 2007 and 2008, when she was a member of the House, declined.

In an interview Wednesday, Eckardt decried the erosion of bipartisanship in the legislature as a whole — and in the caucus specifically.

“I think it’s important to respect the minority party and not just throw the baby out of the bathwater,” she said.

This wasn’t the first time in recent years that a Republican was denied a promotion to become leader of the women’s caucus. During the 2011 session, then-Del. Jeannie Haddaway-Ricco (R), who is now secretary of the Maryland Department of Natural Resources, was passed over in favor of then-Del. Susan C. Lee, a Montgomery County Democrat who is now serving in the Senate.

That election led to an informal agreement within the caucus that Republicans could serve as president every three years — a pact that has now been upended. But some Democratic caucus members have been uncomfortable with the arrangement, given that Democrats outnumber Republicans almost 7-1 within the caucus.

“The majority of women weren’t around in the caucus then, and it’s not something we agreed to,” Lopez said.

Women lawmakers from both parties said they were shocked by the turn of events at Wednesday’s virtual caucus meeting. According to several members, Lopez was elected on a 50-12 vote, with one Democrat supporting Arikan.

“I was probably the most confused person on the line,” said Del. Shaneka T. Henson (D-Anne Arundel). “I tune in [to caucus meetings] regularly but I’ve never seen anything like that.”

Del. April R. Rose (R-Carroll) said the power move by the Democratic women was dispiriting for the GOP caucus members.

Because of the time constraints at Wednesday’s meeting, the caucus was only able to elect its next president and did not get to vote on a full slate of officers. Lopez said she was hoping to address her Republican colleagues on the Zoom call, but they all left right after the vote and “unfortunately, I didn’t get the opportunity to extend that olive branch formally.”

It isn’t clear what happens next.

According to the caucus bylaws, members are supposed to choose new leaders 30 days before the close of the legislative  session — and that deadline has already slipped. Healey, the outgoing caucus president, said she wasn’t sure when the caucus would next be able to meet given the press of legislative business before lawmakers adjourn on April 11.

“I don’t know how that’s all going to shake out,” she said.

Healey also said the caucus was supposed to celebrate its 50th anniversary in three ways during the coming weeks: With a professionally-produced video on the caucus history that hasn’t been completed and was supposed to come out later this month; with a group picture to be taken on Maryland Day, March 25, with all the caucus members wearing the state colors; and by giving out a range of caucus memorabilia to all their colleagues on Sine Die, the last day of session.

Eckardt, who signed on to the statement released by the Republican women legislators, chalked up some of the recent strife within the caucus to COVID-19, which kept legislators physically apart for extended periods of time, making it harder to gather informally and form friendships with colleagues.

“Part of working together as a caucus is being able to deal with those differences for better or worse — it’s part of the process and being effective,” she said.

But one Democratic first-term caucus member, speaking on the condition of anonymity, said some of the changes were inevitable, as younger members seek a more progressive agenda. She said she expected there to be differences between Democrats and Republicans in the caucus on emotional issues like abortion rights, but was surprised that the caucus couldn’t even come together to promote women’s health programs or women in business.

Lopez said she hopes to speak at greater length to all of her women colleagues soon — especially the Republicans.

“My door is always open,” she said. “Certainly the plan has always been to keep it bipartisan. I don’t think anyone has any intention of changing the bylaws.”

Lopez hopes to schedule a strategic planning retreat for all members of the caucus, featuring a third-party mediator, sometime after the primaries.

But it isn’t clear if the Republicans would participate.

“It’s really a shame,” Arikan said. “And this is Women’s History Month.”

Elizabeth Shwe contributed to this report.