The Democratic majority in the Maryland House of Delegates gave initial approval to abortion rights legislation on Wednesday after a lengthy debate and attempts to amend the legislation by Republicans.

The House ultimately gave approval to two abortion rights bills, including a measure sponsored by House Speaker Adrienne A. Jones (D-Baltimore County), House Bill 1171, which would allow voters to decide whether to enshrine access to abortion services in the Maryland Constitution.

Should the bill go into effect, it would put a question on the 2022 general election ballot asking voters whether they support “the fundamental right to reproductive liberty” via contraception, prenatal care and abortion.

The ballot question would be an expansion of a 1992 statewide referendum that prohibits the state from interfering with abortion access until a fetus reaches viability.

The only attempt to amend Jones’ bill on the floor was made by Del. William J. Wivell (R-Washington) who wanted to enshrine in the constitution that fetuses, which he called “the pre-born,” have a right to life.

Wivell said that female fetuses have fully developed ovaries with “an estimated six million eggs” by the 22nd week of gestation. 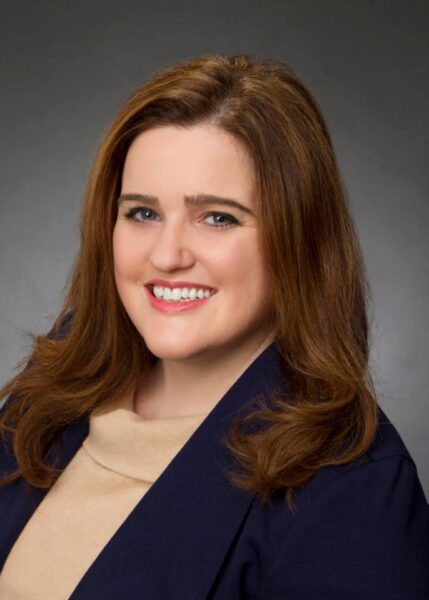 Sponsored by Del. Ariana Kelly (D-Montgomery), House Bill 937 was amended in the Health and Government Operations Committee on Friday to adopt measures to require private insurance plans — barring those with legal exemptions — to cover abortion care without cost-sharing or deductibles.

The bill would also make the state’s existing abortion care coverage under Medicaid permanent instead of subjecting it to a budget bill debate every year. Additionally, it provides exemptions for religious institutions to opt out of coverage for abortion care or contraceptive services.

Beyond committee amendments, Republican lawmakers made 10 attempts at changing the language and intent of the bill on the House floor.

Del. April R. Rose (R-Carroll) offered an amendment that would have reappropriated the $3.5 million for clinical training to expand services provided through the University of Maryland Medical System’s Neonatal-Perinatal Fellowship Program. It also sought to encourage program graduates to work in underserved areas via financial incentives.

In favor: Rose argued that the taxpayer money allocated for the program should be spent to help pregnant people across the state access good medical care to allow their premature babies to “survive and thrive.”

In opposition: The program Rose was seeking to expand is already fully funded and receives money from the federal government. The program in Kelly’s bill would be ineligible to receive federal funding. Additionally, House Appropriations Committee Chair Maggie McIntosh (D-Baltimore City) told Rose that the House floor is not the appropriate place to strip a bill of its fiscal note and reallocate its funding.

Del. Wayne A. Hartman (R-Lower Shore) introduced an amendment that would have required clinicians to notify guardians of unwed minors before providing abortion services.

In favor: Hartman argued that, when lawmakers take up juvenile justice reform, it’s often noted that the human brain isn’t fully developed until a person reaches their mid-twenties. “I really thought about putting the age of 26. So 18, I thought, was a nice concession,” he said.

In opposition: Kelly said that, after the 1992 referendum, Maryland voters established that parental notice is the state standard unless the minor is married, there is a medical risk, there is abuse in the home or the provider determines that the teen is mature enough to make the decision for themself. Additionally, Kelly said that medical organizations believe mandatory parental consent is bad policy.

Del. Brenda J. Thiam (R-Washington) offered an amendment that would require the Maryland Department of Health to annually collect and aggregate data regarding the gestational age of the fetuses at the time of the abortion, the total number of abortions performed that year and the racial and economic demographics of people receiving abortions.

In opposition: Del. Nicole A. Williams (D-Prince George’s) said she welcomes a conversation about health care for women in the Black community, noting that they have the highest rate of maternal mortality in Maryland. She suggested that may be because of a lack of access to care.

“That’s what this bill is about,” Williams said. “It’s about access to care in all communities … including the African American community across our state.”

In favor: Muñoz, who is seven-and-a-half months pregnant, said that, while she supports women’s rights, ending a pregnancy after six months is “no longer an issue about women’s rights.”

“This is an issue about human rights and life and death,” Muñoz said.

In opposition: Kelly pointed to Maryland’s current law, which states that abortion services can be provided until a fetus reaches viability. “Only health care practitioners — not legislators — make clinical determinations about viability and other aspects of pregnancy,” Kelly said.

In favor: Pippy said he was concerned about the term “any other individual.” He said that it is “evidently clear” that the language of the bill was “left vague.”

Del. Michael W. McKay (R-Allegany and Washington) offered an amendment to require private and Medicaid insurance plans to cover prenatal, birth and postnatal care — as well as the abortion services already included in the bill — without cost-sharing or deductibles and provide equivalent subsidies.

In favor: McKay said this amendment leveled the playing field for those who opt to carry their pregnancy to term. “If we, as a state, are going to pass HB 937, we should pass the same insurance requirements for those choosing to love the child,” he said.

In opposition: Kelly urged McKay to push this policy through a separate piece of legislation, but said there are substantial challenges to including it in this bill because of how the medical care landscape changed after the Affordable Care Act was adopted.

Del. Daniel L. Cox (R-Frederick) introduced an amendment to require clinicians to administer equivalent care as a child of the same gestational age should the child be born alive after an abortion procedure.

In favor: Cox said that a baby born alive after an attempted abortion “has the due process protections of our constitution and should be immediately rendered care.”

In opposition: Kelly said the medical community is “universally opposed” to policies like Cox’s “because they duplicate existing rules and requirements for clinicians and they perpetuate myths that these things actually happen.”

Wivell offered an amendment to strike the $3.5 million to fund clinician training and require the comptroller to put a checkbox on individual tax returns to allow Marylanders to decide if they want to contribute to the fund.

In favor: Wivell said that abortion is a highly divisive issue. “Why should I as a taxpayer be forced to fund pro-abortion initiatives when it goes against my my very beliefs regarding the sanctity of life?” he asked.

In opposition: McIntosh asked her fellow lawmakers why they would leave “women’s health care and access for women in a health care setting to a checkoff” on an income tax form.

“Really? That’s what we think of women’s health care?” she asked. “No.”

Del. Lauren C. Arikan (R-Baltimore and Harford) introduced an amendment to prohibit the provision of abortion services based upon the gender of the fetus.

In favor: Arikan said that sex-selection abortions have become an “increasingly serious problem since the advent of sonograms, particularly in cultures, countries and communities where male children are prized over females.”

In opposition: Kelly said that single-issue bans issued around the country have been put into place to “undermine the right to choose and cast blame and suspicion on pregnant women and interfere with their private decisions.” She also said that sex-selection bans are unenforceable.

Del. Richard K. Impallaria (R-Baltimore and Harford) offered an amendment that would require that aborted fetuses be given religious burials and prohibit the sale of aborted fetal remains or tissue.

In favor: Impallaria said that the amendment was about “dignity for life” and, regardless of an individual’s religious preference, “there will be no shortage of people stepping forward” to ensure the fetuses receive a proper burial.

In opposition: Kelly said that the amendment forces people to participate in religious burial ceremonies “regardless of their personal beliefs.”

Despite the length of the discussion and the deep emotions on both sides of the aisle, Wednesday’s debate lacked partisan fireworks.

In an interview after the floor session, Kelly said the tone of debate would encourage the Senate to take on the bills as well. Her bill is cross-filed in the Senate by Sen. Delores Kelley (D-Baltimore County) and has not received a committee vote. Jones’ bill does not have a Senate cross-file.

“I think the debate today was proof that there’s really, really strong support for both of these bills,” Kelly said. “I think that if the Senate needed a message, they got a great message today, which is that the chambers should be moving on these bills and reflect the will of the people in the state of Maryland.”

A final vote on the measures in the House could come as early as Thursday.

Editor’s Note: This story was updated to correct the date of a 1992 referendum on abortion rights and to clarify how the funding for House Bill 937 would be spent.