Del. Jazz Lewis (D-Prince George’s) is calling on a House of Delegates colleague to issue an apology after comments during an extended debate on a bill to rescind a state education law that allows children to be arrested for disturbing school activities.

Republican lawmakers opposed the bill, arguing that teachers need more help with classroom management. Democratic supporters of the bill said it should be rescinded because students can be caught in the criminal justice system for “typical adolescent behavior” like storming out of class or talking back.

About 1,700 Maryland students were charged under the law in 2019. If that provision of the education code is rescinded, students could still be charged criminally for behavior that rises to that level.

“Over the years we’ve watched that society has changed, the family unit is different. And I’ve been accused of implicit bias because I said, you know, the Black fathers aren’t as prevalent as they were in the 40s and 50s,” she said, drawing ire from lawmakers in the chamber. “The bottom line is that we need to understand that the teachers are dealing now with a society now that has changed significantly.”

“Colleagues, I know that passions are running high right now, but I ask all of you to be respectful in your language. Do not speak as to the passion or concern of Black fathers when you are not one,” Lewis, the father of a toddler, said, drawing applause. “I speak on behalf of all Black fathers in this room, tropes should not be used. Folks love their children. I think we should keep the conversation to education.

Later in the day, Lewis issued a statement that called on McComas to issue a formal apology. She could not be immediately reached for comment Thursday evening.

A new candidate in District 23

On Friday, Adrian Boafo, Bowie’s mayor pro tem, will become the ninth candidate to join the Democratic primary for three House seats. Boafo is entering the race with a 2-minute video, saying he was inspired to enter politics by President Obama’s call to service. He also touts his achievements on the city council, including creating a security camera rebate program for city residents, increasing the number of electric vehicle charging stations in Bowie, and creating a community workforce agreement to provide construction jobs for local residents. 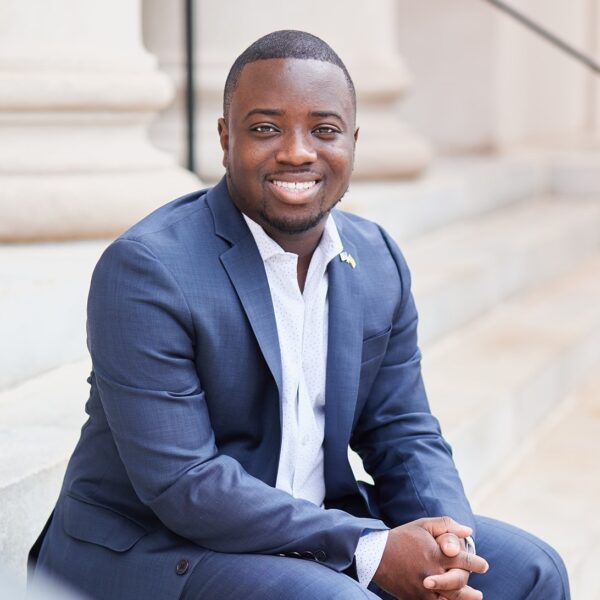 “District 23 is diverse and vibrant, and I am entering this race because I believe I am uniquely qualified to represent the community I’ve lived in my entire life,” Boafo said.

Boafo counts among his supporters U.S. House Majority Leader Steny H. Hoyer (D-Md.), whose congressional district largely overlaps with the 23rd. Boafo, who has worked for Democratic members of Congress on Capitol Hill and is currently a federal lobbyist for Oracle, the tech company, is a former Hoyer campaign manager. Hoyer called Boafo “a talented and hardworking leader.”

A few different factors are contributing to the level of political instability — and the sense of opportunity — in District 23. One was the resignation last summer of longtime state Sen. Douglas J.J. Peters (D). He was replaced by Ronald L. Watson (D), who was serving in the House when he was appointed to fill the vacancy.

Another is the fact that the new legislative map, approved by the General Assembly though currently being challenged in the Maryland Court of Appeals, unifies the House members into one three-member district instead of the two subdistricts that have existed for the past two decades.

A third factor is the uncertainty surrounding three-term state Del. Geraldine Valentino-Smith (D), who is weighing her political options. Those include seeking reelection, running for the Senate seat, retiring from politics, or possibly running for mayor of Bowie in 2023. Valentino-Smith is a former Bowie city councilmember.

With the candidate filing deadline extended until March 22, Watson, who is seeking a full four-year term, faces two Democratic primary challengers so far: businesswoman Sylvia Johnson, who launched her campaign last year, when she thought Peters would be seeking reelection, and Raaheela Ahmed, who just resigned from the Prince George’s County Board of Education. Valentino-Smith’s entry into that race would dramatically change the dynamic.

In addition to Boafo, the nine Democrats running for the House include Del. Marvin E. Holmes Jr., who has been a delegate since 2003. The other candidates: Jocelyn I. Collins, a lobbyist for the American Cancer Society Cancer Action Network in Maryland, Delaware and Washington, D.C.; Remi Duyile, founder and CEO of the Legacy Premier Foundation, a financial literacy, entrepreneurship and leadership develop company; Keenon James, a police reform advocate; Januari McKay, a youth advocate; Monica Roebuck, a community activist and teacher with a college readiness program; Kym Taylor, a former aide to state Sen. Paul G. Pinsky (D-Prince George’s) and co-owner of a home health care business; and Valeria Tomlin, an attorney.

Del. Cheryl S. Landis (D), who was appointed to the House last fall to replace Watson after he was elevated to the Senate, is not expected to seek a full term.

A woman who served three tours of duty in Iraq with the Marine Corps has entered the 5th District congressional race, where Hoyer, the U.S. House majority leader, is seeking a 21st full term. Tannis Villanova (R), a mother of three children and cancer survivor who lives in Calvert County, said the district and the country need a change of direction to emerge from the COVID-19 pandemic stronger than before. 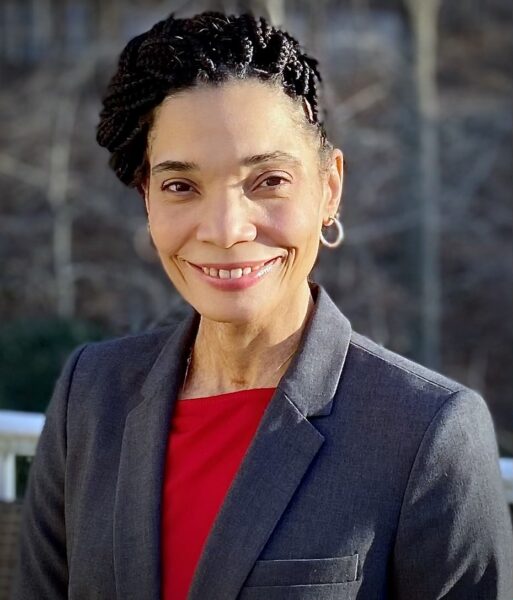 Tannis Villanova, a Marine Corps veteran who is hoping to take on Rep. Steny H. Hoyer in November. Campaign photo.

“Steny Hoyer is out of touch with our communities, and puts the priorities of Nancy Pelosi above those of Maryland families,” Villanova said in an announcement statement. “That is wrong, and is a result of someone who has been serving in elected office longer than I have been alive.”

Eugene Craig III, a Maryland-based Republican consultant, is serving as a senior adviser to the campaign. Jim Dornan, who has worked several races in Maryland and most recently led Michael Steele’s exploratory effort for governor, is also an adviser.

“In my time of working with candidates across the country, I have seen very few candidates with a more impressive background, and willingness to fight for this country,” Dornan said.

Villanova becomes the fourth Republican to enter the 5th District race. The field includes Chris Palombi, a web programmer and former police officer who was the GOP nominee in 2020, taking 31% of the vote. Hoyer also faces two Democratic challengers. The 5th District, which takes in about half of Prince George’s County plus the three Southern Maryland counties, remains a Democratic stronghold, though the lines could change if a court redraws the state’s new congressional map.

Villanova’s husband, Damien Villanova, is currently a candidate for the Calvert County Board of Education.

Harden was one of the group’s first nine endorsements, a list that included four sitting Democratic members of the House of Representatives with national security experience before they served in Congress, along with four other candidates with similar backgrounds. With the Russian invasion of Ukraine dominating headlines in recent days, Harden is clearly going to lean in on this aspect of his resume.

“As Russia stands on the precipice of destabilizing the world order, Congress needs dependable leaders who understand the intense challenges that are developing each day,” he said on his Facebook page Thursday. “This is a time for experience on the world stage. The First District needs steady leadership for the first time in over a decade.”

Harden, who is battling former Del. Heather R. Mizeur in the Democratic primary for the right to challenge U.S. Rep. Andrew P. Harris, Maryland’s only Republican in Congress, has hired Len Foxwell, a seasoned political hand and former chief of staff to state Comptroller Peter V.R. Franchot (D), as a strategist.

The I’s have it

“Glenn is someone who brings people together to overcome challenges and make a difference,” Leggett said. “While he was state’s attorney and I was county executive, I saw how he forged partnerships with other local leaders, brought everyone to the table, and got things done. That’s rare to see in politics these days.”

In the heavily Democratic district, Ivey is competing for the Democratic nomination against former Del. Angela Angel, former Rep. Donna F. Edwards, who held the seat before Brown, and Del. Jazz Lewis.