Yuripzy Morgan disappeared from the WBAL radio airwaves last week in fairly dramatic fashion. With 15 minutes left in her daily program last Thursday, the popular midday talk show host announced, without explanation, that it would be her last broadcast.

But Morgan promised a “big announcement” in the near future, and on Monday, she ended the mystery, announcing that she would seek to challenge 10-term U.S. Rep. C.A. Dutch Ruppersberger (D) in Maryland’s 2nd District this fall.

Morgan, who has a law degree, made the announcement in downtown Baltimore, accompanied by the state’s lone Republican in Congress, Rep. Andrew P. Harris, as well as other officeholders and GOP activists, including state Del. Nicholaus R. Kipke of Anne Arundel County, and Baltimore County Councilmember David Marks. Morgan was also scheduled to hold a fundraiser on Monday evening at Squire’s Italian Restaurant in Dundalk.

This is Morgan’s second run for the 2nd District seat: In 2016, as a 32-year-old tyro only recently out of law school, she finished fourth in the Republican primary, with just 5.7% of the vote (then-Del. Patrick McDonough won the primary, only to lose the general election to Ruppersberger by 29 points). But having been on WBAL for several years since then, Morgan is considerably better known — and clearly has more institutional GOP support.

Three other Republicans are also running for the seat: military veteran Berney Flowers, electronics technician Joe Kelley, and Lorrie Sigley, a nurse. Yet as of Dec. 31, none had raised a dime for the race. Ruppersberger had $1,283,189 in his campaign war chest at year’s end.

But Ruppersberger was shaking the tin cup Monday, saying the new district boundaries could potentially put his seat in danger. 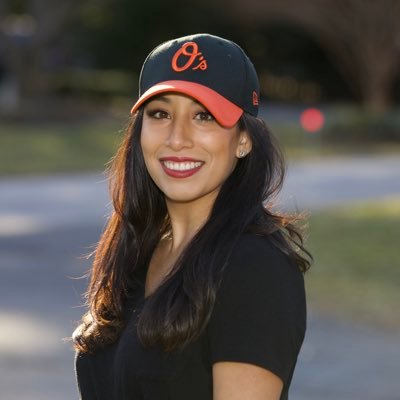 “Following redistricting, Maryland’s 2nd District looks different than it did in past elections,” the congressman wrote in an email to supporters. “Heading into 2022, the new map for our district is more competitive. It also has a lot of new voters who we need to connect with before Election Day to tell them about me and my work in Congress, and we need to make sure they have a plan to vote.”

Ruppersberger did not mention Morgan directly but did say, “We’re facing a whole new race landscape in 2022 and there are a few opponents challenging me this year.”

On the Democratic side, there are four other candidates: Marques Dent, a Baltimore City Democratic Central Committee member; Liri Fusha, a 2020 city mayoral candidate; Brittany Oliver, community organizer; and Jake Pretot, a small business owner who has run for the seat twice before. Oliver is the only candidate to report fundraising to the Federal Election Commission, $45,792.22 this cycle.

Even with the new lines, which were approved by the Democratic-controlled General Assembly, the 2nd District is likely to remain in Democratic hands this fall. And even if the new boundaries are thrown out and a court adopts the congressional map proposed by the Citizens Redistricting Commission, which is aligned with Republican Gov. Lawrence J. Hogan Jr., the Democrats will be favored to hold the seat.

Here’s what the teachers say

The Montgomery County Education Association, always a coveted endorsement in county elections, has begun to roll out its choices for the June 28 Democratic primary. In state legislative races, MCEA has endorsed just about every incumbent seeking reelection, with a few notable exceptions.

Asked for an explanation, the union’s Political Action and Community Engagement Chair Dustin Jeter, replied via email, “Any incumbent not included in this list either has not completed our process or has not been recommended for endorsement by our members. We are still in the process of considering other endorsements and will be announcing additional endorsements in the coming weeks.”

Some signs of Democratic life in rural Maryland

Across the country, Democrats are seeing their already-thin support in rural areas steadily declining. But in rural Maryland, there are some dim signs of life.

In the 1st District, Judy Carbone, until recently the chair of the county Democratic Party, is the candidate, seeking a rematch with Commissioner S. Larry Tichnell (R), who beat her by 44 points four years ago. Tichnell must first get through a Republican primary with James A. Parsons.

Patrick Hunt, a former research economist with the Communications Workers of America, is the Democratic candidate in the 2nd District, running against Commissioner Paul C. Edwards (R). And Erin-Ruth Oxford de Nativida, a small business owner, is the candidate for the open seat in the 3rd District, where Commissioner James Hinebaugh is stepping down. Four Republicans have currently filed to replace him.

“I’m very excited that progressives are organizing for change in Harford County,” said Larry Stafford Jr., the executive director of Progressive Maryland. “Progressive Harford has demonstrated why it’s important that we work to grow our movement across the state, not only in known progressive strongholds.”

The group is targeting Congressman Harris, who was among the Republican lawmakers who voted against certifying the 2020 presidential election results after the Jan. 6 insurrection at the U.S. Capitol.

Harden, a foreign policy strategist, has said he intends to “run down the middle” in an attempt to appeal to both Republicans and Democrats. Harden reported raising $253,476 last year.

Run for Something, a national progressive group that aims to “build the Democratic bench,” this month endorsed four candidates running in Maryland races, part of a class of 119 candidates it’s backing in 31 states. On the list:

“These candidates are standing up as bulwarks for democracy at the state and local level,” the organization said.

Bennett Leckrone contributed to this report.