For decades, the Port of Baltimore’s ability to compete with its rivals along the East Coast has been hampered by the nearby Howard Street Tunnel, a 126-year-old structure that isn’t tall enough for double-stacked container cars to pass underneath.

That will change when crews finish a massive reconstruction of the Howard Street tunnel and nearly two dozen shorter tunnels between Baltimore and Philadelphia.

Wearing hard hats and wielding gold-colored shovels, officials with track-owner CSX, the federal government and the state broke ground on the project Monday at the Mount Royal Station. They said multi-year negotiations on how to share expenses on the $466 million project paved the way for it to move forward. 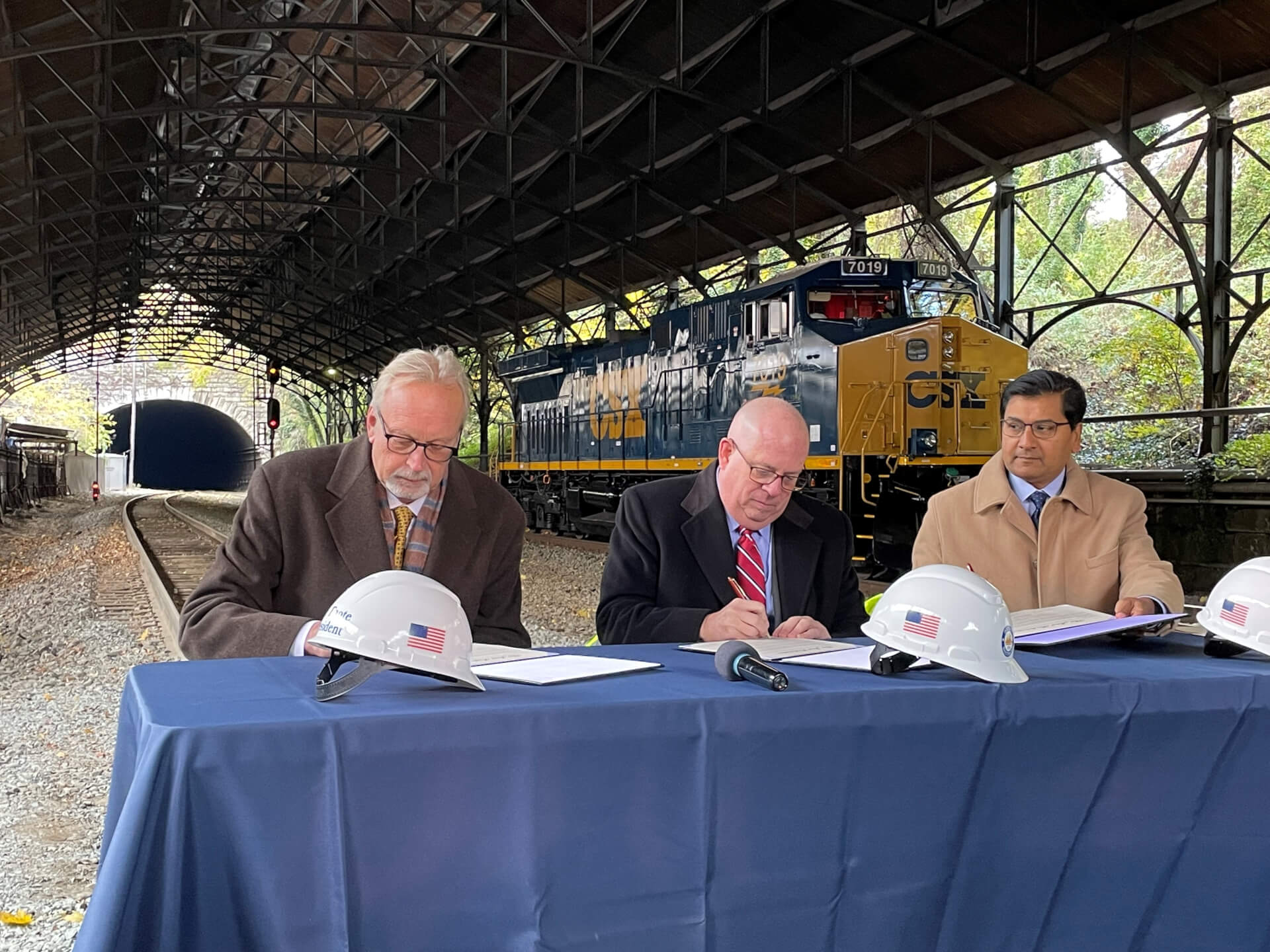 In some locations, crews will carve an 18-inch notch on the underside of the existing tunnel. Elsewhere, track will be lowered to provide necessary clearance.

Three Baltimore structures just north of the Howard Street Tunnel will be impacted: the North Avenue bridge will be modified, while the Guilford Avenue and Harford Road bridges will be replaced.

For years, the price tag associated with the project exceeded $1 billion. Maryland Transportation Secretary Greg Slater said the use of more modern construction techniques lowered the cost and the reduced the expected impact on surrounding communities. 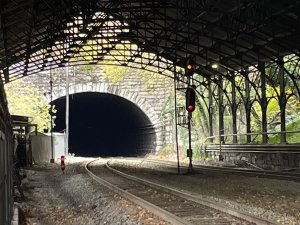 The Howard Street Tunnel in Baltimore. Photo by Bruce DePuyt.

CSX was not always enthusiastic about the project. Doyle said that when James M. Foote became the company’s president in 2017, the idea of pumping money into the tunnel was “all but dead.”

“He revived it,” Doyle said. “He saw the benefits… for CSX’s entire rail network, the nation’s supply chain and the Port of Baltimore.”

On Monday, Foote said the expansion of the tunnel will be a “game-changer for the Port of Baltimore.”

Sen. Benjamin L. Cardin (D-Md.) told The Baltimore Sun two years ago that the company was reluctant to even meet with the state’s leaders and its congressional delegation, but lawmakers refused to give up.

“We asked for a meeting [with CSX] and they put us off, but we insisted on it,” he said. “We finally got that meeting and I think that [2018] meeting was really the turning point.”

On Monday, Cardin praised Gov. Lawrence J. Hogan Jr. (R) for “keeping us focused on getting this done.”

“We recognized the future of this port, which has so many advantages, because we’re inland and we’re at a great location,” Cardin added. “But we had a bottleneck” at the tunnel.

Because trains will need to run during construction, Slater said the state will work with CSX to find the best balance. “It’s about finding the right hours,” he said. “Working in hours where we don’t have a lot of service.”