After weeks of delay that frustrated the state’s gaming interests, the betting public, and political leaders from both parties, the Maryland Sports Wagering Application Review Commission approved sportsbook applications from five casinos.

With Thursday’s action, Maryland appears to be the 32nd state in the nation where residents can legally place bets on sporting events.

The casinos have already constructed sports bar-style areas inside their facilities in anticipation of winning approval to operate by the state. And although a few regulatory issues remain, it is expected that the five venues will be able to accept on-site wagers on professional and college sports in the next several weeks.

The vote was 5-2, an outcome that reflected broad divisions on the commission.

Because casinos are already overseen by a separate panel, the Maryland Lottery and Gaming Control Commission, the five venues were approved by the SWARC under an “alternate licensing standard” that the General Assembly created earlier this year for use by businesses that have a regulatory track record.

But some members of the commission said it was unfair to give certain operators a head start in a new and potentially lucrative industry. They worried that homegrown start-ups — particularly those owned by women and people of color — will struggle to compete with marquee names like MGM, Live! and Horseshoe.

“The only thing we’re asking is: give us a little more time, so that some of these minority- and women-owned businesses can catch up, and they can start at the same starting point,” said Frank Turner, a former state delegate, his voice rising.

Turner’s concerns echoed those voiced by state lawmakers, particularly his former colleagues in the Legislative Black Caucus, over the last two years. Legislators said they were determined that sports wagering licenses be awarded to a diverse group of businesses, unlike what happened with the distribution of medical marijuana licenses.

“[W]e don’t ever seem to start at the same start point that everybody else does — and then we get left behind, just like we did with the cannabis,” Turner said. “We get left behind!”

Commission members Rosie Allen-Herring, CEO of the United Way of the National Capital Area, said it is “certainly not ideal” that the SWARC is required approve license applications submitted by any of the 17 businesses identified in the statute. The 17 include the state’s casinos, horse tracks, sports stadiums and others.

“I’m troubled that we don’t have more minority interest at the ready, but what troubles me more, quite honestly, is that I’m not certain where the pipeline is,” she said.

Allen-Herring voted to grant sportsbook licenses to the casinos, but she said she is determined to see a more diverse applicant pool in the near future.

“The only reason I can remain on this commission is if we put forth the effort to ensure that minority- and women-owned businesses have the ability to be in the pipeline, to be considered, to be considered sooner, quicker and faster,” she said.

During a staff briefing before the vote, the commission was told that female- and minority-owned bars and restaurants are working on applications, but none are as far along as the five casinos, whose applications were approved by the lottery and gaming commission in October.

“These license are being dealt with as they come in,” said Cezar “Cid” Froelich, a gaming consultant working with the state. “So some of these license applications came in at a later date.”

Following the vote, John A. Martin, director of the Maryland Lottery and Gaming Control Agency, said he hoped to have required financial, security, personnel and operational reviews completed for each casino in the next 30-45 days, allowing them to open their doors in time for the NFL playoffs.

“We’re in uncharted waters. We’ve never done this as a state before,” said E. Randolph Marriner, chairman of the lottery and gaming commission. “Were there some bumps? Of course there were. I’m just happy at where we are today.”

Gov. Lawrence J. Hogan Jr. (R) criticized the SWARC in the weeks leading up to Thursday’s vote for not moving the applications more quickly. This week three of the five casinos and the Prince George’s County Council urged the panel to sign-off on the five applications promptly.

They said approvals would increase state revenue and job opportunities, and would stop the flow of Maryland dollars to neighboring states that have moved more quickly to stand up their sports betting industry.

Companies that aren’t named in state law haven’t been able to apply for a license because regulations have yet to be crafted. The same holds true for firms that operate mobile betting apps. Staff said that process will likely take months to complete. 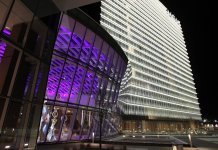 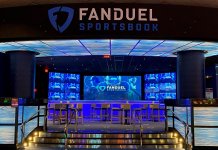