The Chesapeake Bay Foundation, the advocacy group dedicated to Bay health, announced Monday that its Board of Trustees has selected Hilary Harp Falk to be CBF’s next president and CEO. She will succeed William C. Baker, who began working for CBF as an intern in 1976 and has led the organization since 1981.

Falk comes to CBF from the National Wildlife Federation, where she was chief program officer, leading and integrating national and regional programs while serving as strategic adviser to the CEO. Previously, Falk was the federation’s vice president for regional conservation, responsible for leading the organization’s seven regional offices. 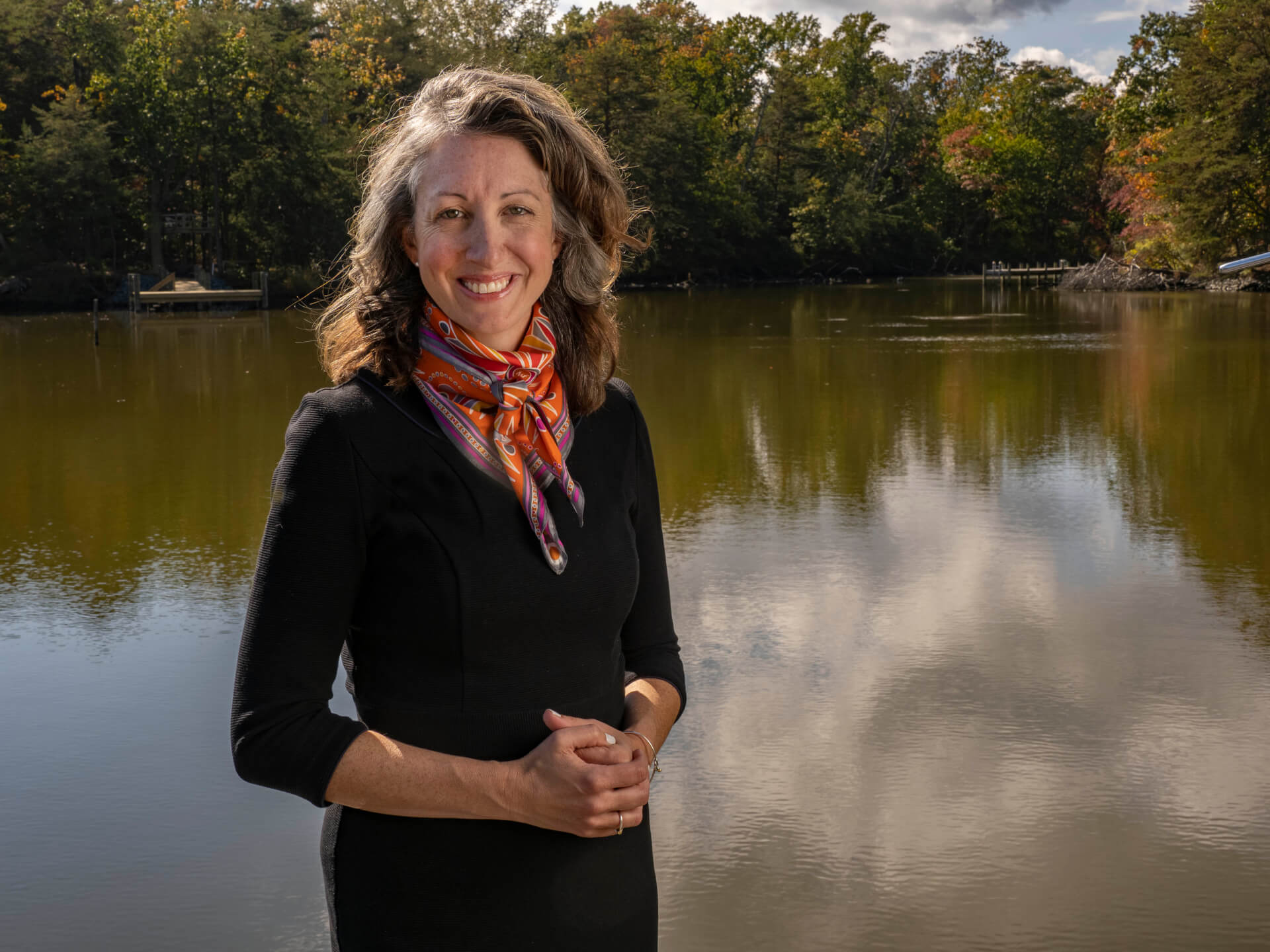 Falk also had stints as NWF’s regional executive director for the Mid-Atlantic and director of the Choose Clean Water Coalition, which comprised more than 200 advocacy organizations working together to protect and restore the Chesapeake Bay. And she was an intern at the Chesapeake Bay Foundation in 1997.

Falk said she was “humbled and honored” to be succeeding Baker at a time when the federal government and Bay states, along with other stakeholders, are working to attain aggressive pollution abatement goals by 2025.

“We stand at a crossroads for Bay restoration,” she said. “Finishing the work of Chesapeake Clean Water Blueprint by 2025 and leaving a restored Bay to our children and grandchildren is possible. But it is not certain.”

Currently, the Chesapeake Bay Foundation, is suing the U.S. Environmental Protection Agency in federal court for not holding some states, particularly Pennsylvania, accountable for their clean water commitments. The CBF has offices in Annapolis, Harrisburg, Pa., Richmond, Va., and Washington, D.C.

Baker praised Falk, saying she has “Bay water in her veins.”

She is also being hailed as a champion for women’s leadership and advancing equity in the conservation movement. She was a 2016-2017 fellow with the International Women’s Forum and co-chaired the National Wildlife Federation’s Women in Conservation Leadership Advisory Council.

“Strong leadership skills, a commitment to equity in the environmental movement, and a devotion to following the science to restore the health of the Chesapeake Bay made Hilary Harp Falk the clear choice for leading CBF during this critical time,” said Elizabeth Oliver-Farrow, chair of the organization’s board of trustees.

Falk is scheduled to start her new job on Jan. 3.

The state of Maryland filed a lawsuit against Baltimore on Friday over untreated sewage discharge into the Chesapeake Bay by two Baltimore wastewater treatment plants.