The Maryland Board of Physicians has reprimanded Del. Terri L. Hill (D-Howard), a plastic surgeon, for attending virtual legislative hearings this year while conducting surgery on two occasions. The board found Hill guilty of “unprofessional conduct in the practice of medicine” and is requiring the lawmaker to pay a $15,000 fine.

Hill appeared on camera during two online hearings of the House Environment and Transportation Committee during this year’s General Assembly session while wearing a surgical mask and scrubs — and appeared to be treating patients or conducting surgery. Those incidents, first reported by The Baltimore Sun last spring, prompted a complaint with the physicians board, the licensing and disciplinary panel for Maryland doctors. 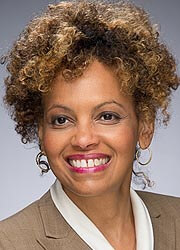 Hill, a licensed physician for 30 years, told the Sun and a subsequent disciplinary hearing that she had dialed into the hearings with her patients’ knowledge and consent. According to the order disciplining Hill, which was filed last week, one patient who received “major abdominal surgery” did not recall granting their consent, while the other, who received “major abdominal and back surgery” recalled being told just before the procedure that Hill might take a call.

At one hearing, Hill presented a bill she was sponsoring “for less than three minutes,” and at the other, she participated in committee votes but did not speak, the disciplinary document said.

According to the physicians board, the medical director of the surgery center, which was not identified, was “very upset” with Hill and demanded that she never multi-task again while performing surgery. Hill conceded that she didn’t fully appreciate the “sanctity” of the operating room — and the need to protect patients’ privacy.

Hill, who is completing her second term in the legislature, agreed to the disciplinary action voluntarily, according to the Board of Physicians, and has a year to pay the fine.