Carol Rubin, who served for 16 years on the staff of the Montgomery County Planning Board, most recently as special projects manager on the I-495/I-270 “Managed Lanes Study,” was confirmed on Tuesday to a position on the five-member panel.

The vote, by the Montgomery County Council, was unanimous.

Rubin replaces former Planning Board Vice Chair Natali Fani-González, who stepped down in August, eight months before the end of her term, to focus on a run for county council. 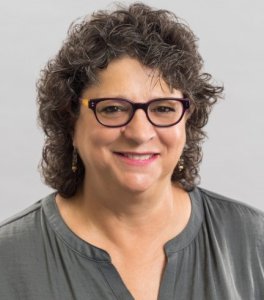 An attorney and a staunch advocate for transit use, land planning, equity and process, Rubin is something of a folk hero to opponents of Gov. Lawrence J. Hogan Jr.’s controversial plan to add four toll lanes to the two highways.

The proposal is particularly unpopular among environmentalists, transit advocates and homeowners who live near the highways.

Rubin and her team clashed for many months with top State Highway Administration staff. Montgomery planners accused their state counterparts of not sharing relevant data and of making unsupported conclusions about how best to relieve congestion in the Washington, D.C. suburbs.

Planning board members echoed many of the concerns staff expressed.

Things became so acrimonious that Planning Board Chairman Casey Anderson and state Transportation Secretary Greg Slater discussed having a mediator guide future interactions between local and state staff, but nothing came of it.

“Carol’s deep knowledge of the legal and policy issues in land use, transportation, and parks will make her a fantastic addition to the Planning Board,” said Anderson. “We welcome Carol to the Board and look forward to her sharing her expertise.”