The report, commissioned by the Maryland PIRG Foundation, a government watchdog organization, suggests that help may be on the way: A law due to kick in for the 2024 election that will create a public financing system that matches small donations. But the public financing program remains unfunded at the moment, and the group is clearly using its new report to pressure city officials to provide the necessary money.

The study, which was released Wednesday, starts starkly:

“Big money — the large donations that come from corporations, PACs, and wealthy individuals — dominate current Baltimore politics,” the 26-page study begins. “Due to the high cost of campaigning, people who want to run for office need to raise as much money as possible, as quickly as possible. As a result, the people and corporations that can write big checks are in the driver’s seat.

“These big money donors influence which candidates can afford to run for office, what issues make it onto the agenda, and often who ends up winning elections. And many times, the interests of wealthy donors don’t represent the interests of people who don’t have the same access to big money, which often can include people of color, women, young people, and immigrants.”

The Maryland PIRG Foundation examined the 11,000 campaign contributions to 18 candidates who received 2,000 votes or more in the Republican and Democratic primaries, along with businessman Robert Wallace, who ran as an independent in the general election. In all, these candidates took in about $9.2 million in donations. Among the study’s findings:

Maryland PIRG is hoping the new report provides momentum to efforts to fund the city’s Fair Elections Fund and establish the Fair Election Commission to oversee the new public financing program, as required by law.

In 2018, city voters passed small donor public financing by a 3-to-1 margin. City Councilmember Kristerfer Burnett (D) sponsored implementation legislation, which was passed by the City Council and signed into law in 2020. Small donor financing is supposed to be in effect for the 2024 mayoral, comptroller and city council elections. 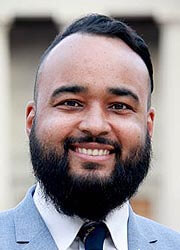 “How electoral campaigns are financed matters and it’s my hope that the coming implementation of the Baltimore City Fair Election Fund, which was approved by voters in 2018, will reshape the political field in Baltimore City and allow for grass-roots funded campaigns to have a better shot at winning elections,” Burnett said in a statement Wednesday.

The program allows candidates to opt-in to receive matching public funds for small contributions from individuals. In exchange, they cannot accept large contributions or money from corporations.

Montgomery County used a public financing system for its 2018 elections, and Baltimore, Howard and Prince George’s counties are in the process of standing up similar programs for future elections.

“By properly funding and implementing the new Fair Elections program, we can build a stronger and more democratic elections system that represents all Baltimoreans — not just wealthy special interests,” said Rishi Shah, an organizer for Maryland PIRG and co-author of the report.

Maryland PIRG: State Should Hold Special Elections to Fill Vacancies in the Legislature

Policies such as special elections, public financing and ranked-choice voting are effective in building a representative democracy.

A perennial push to bring special elections to the Maryland General Assembly is back again in 2022. Senate Bill 73, sponsored by Sen. Clarence…

Most U.S. telecommunications providers were required to install caller ID verification to cut back on illegal robocalls by the end of June, but the…