“Turn right at the last pool table,” supporters of the Maryland Libertarian Party were told as they arrived at Nottingham’s, the sports bar in Columbia where the party’s nominating convention was taking place Monday night.

Was it a metaphor?

“Hope they’re behaving in there,” a visitor said as he entered the bar.

“I don’t judge,” the bouncer at the front door replied.

In a raucous and sometimes fun event, in a side room off the main bar, the Maryland Libertarians chose David Lashar, an IT policy professional and former Hogan administration official, to be their nominee for governor. And they nominated Christiana Logansmith, a Navy veteran and owner of a sales and marketing company to be their candidate for lieutenant governor.

Maryland has become a purple state in gubernatorial elections — Republicans have won three out of the last five — and on the margins, who smaller political parties nominate for 2022 may matter. 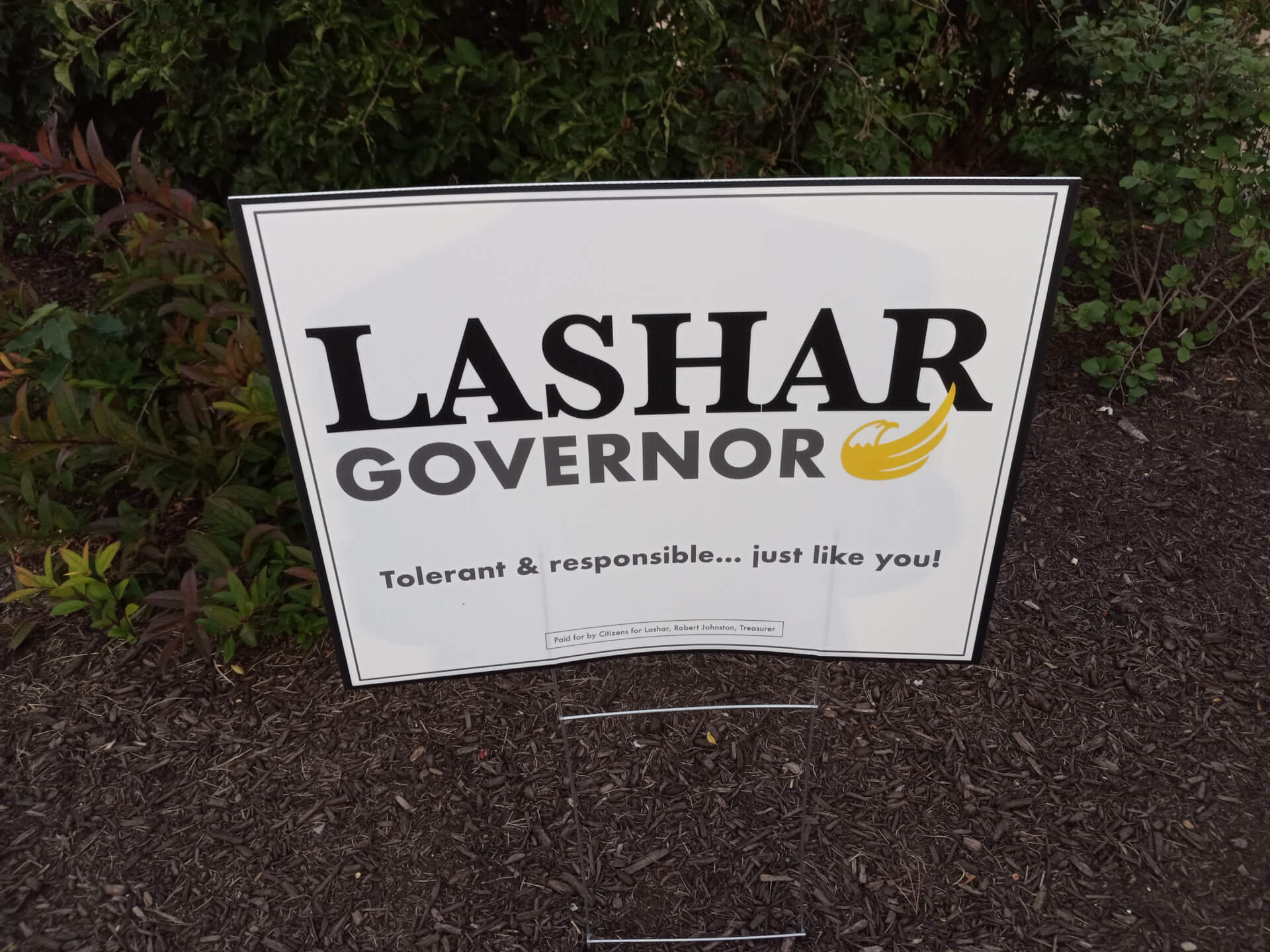 Lashar described himself as a former Reagan Republican who was most impressed with Reagan acolyte Jack Kemp, the former congressman and Housing and Urban Development secretary. He started to become disillusioned with the GOP because of the Iraq War, supported former Ohio Gov. John Kasich in the 2016 Republican presidential primary, but became dismayed with how Kasich was drummed out of the party by President Trump and his loyalists, and decided to leave the GOP himself.

Lashar was the Libertarian nominee for Congress in the 3rd District in 2018, taking 2.6% of the vote in a race U.S. Rep. John P. Sarbanes (D) won with 69.1%. But he has remained active in organizing and shoring up the party apparatus in Maryland.

Lashar may share some of the party’s hodgepodge of positions, but he is couching his platform in ways designed to restore voters’ trust in government and political discourse. He describes it as “opportunity for all, meaning for all, accountability from all, and civility towards all.”

He also asserts that his background as head of IT for the Maryland Department of Health, followed by a stint as the agency’s chief of staff, is a major selling point in this campaign.

“As a Hogan appointee, I gained experiences and had accomplishments that are going to make me a very strong candidate, and if elected, may make me the most qualified candidate for governor the state has ever seen,” Lashar said.

Lahsar believes there is so much discontent with the Republican and Democratic parties that he can actually win. And he vowed to serve only one term as governor. Lashar also offered praise for the two major party frontrunning candidates for governor.

“Peter Franchot, I am here to tell you, has been a great comptroller,” Lashar said of the leading Democratic candidate. Maryland Commerce Secretary Kelly M. Schulz, the GOP establishment favorite, he added, “has served the state well.”

But, he said, they relied on staffers to make an impact in government, whereas his record is based on his own achievements. “I was the one who was relied on for getting things done at the Department of Health,” he said.

As the evening progressed  — the Libertarians also nominated a smattering of candidates for state legislative offices  — the clacking of pool cues hitting billiard balls in the adjoining room grew louder, as did the breathless shouting from the Monday Night Football pregame telecast.

Many of the 40 or so Libertarian activists on hand sounded like disgruntled Republicans  — though party leaders regularly argue that the party and its candidates can appeal to Democrats and independents as well. But the political sentiments expressed in the room could serve as a predictor, and unwelcome news for the GOP, if the 2022 gubernatorial election turns out to be as close as many people think it will.

The absence of Wes Moore, the undisputed frontrunner in the election, was clearly felt, taking some of the oxygen out of the proceedings.

The race for comptroller appears to be the closest of the statewide contests, according to a recent poll from the Sarah T. Hughes Center for Politics at Goucher College.