In 2016, Nicholas Fletcher said, he was in the process of moving out of his Baltimore home when several bats migrating from his neighbor’s bat-infested house swept in through the chimney and into his basement.

As Fletcher was ushering the winged creatures from his home, he was bitten on his left foot leaving a faint but potentially life-threatening red mark.

With little hesitation, Fletcher decided to get treated at the nearest emergency room.

When Fletcher was seen shortly after arriving, the first question out of the medical professional’s mouth was whether he had brought the bat with him so that it could be tested for rabies.

“No. Why would I bring you the bat?” Fletcher said. “I don’t have the bat. The bat’s outside living its best life.”

Without the culprit in hand, it was paramount that he receive the rigorous treatment to prevent the virus. Fletcher endured the first round of immunizations to the tune of $5,000, which his insurance luckily covered — but not everyone is as fortunate.

Rabies treatment consists of a single immunoglobulin injection made up of rabies antibodies administered at the wound site and the arm followed by four vaccinations given over a 14-day period. The regimen is proven to be virtually 100% effective in preventing rabies.

“If I didn’t have health insurance, I probably would have hesitated a little bit. But at the end of the day five grand is not worth my life,” Fletcher told Capital News Service.

Each year an average of 13,000 animal bites are reported in Maryland, according to data collected by the Maryland Department of Health from 2015 to 2019, and those who are bitten can face an expensive treatment to prevent contracting the fatal virus.

In the last five years Maryland has administered an average of 446 post-exposure rabies treatments every year, according to the Maryland Department of Health.

Those seeking treatment for rabies in Maryland are required to receive medical attention at an emergency room so that professionals can assess the risk of getting the initial care needed to prevent the virus, which often adds to the overall costs.

The Centers for Disease Control and Prevention estimate that 55,000 Americans receive the treatment every year. As of 2019, the average cost of rabies preventatives is $3,800, which doesn’t include the cost of the ER visit and costs associated with wound care, according to the CDC.

Thanks to the vaccine's success rate, there have only been about 30 rabies-related deaths in the U.S. from 2009 to 2018, according to the CDC. The most recent rabies fatality in Maryland was in 2013 via kidney transplant.

Rabies hasn’t been eradicated and still poses a public health threat that needs to be addressed, said Dr. David A. Crum, the public health veterinarian for the Maryland Department of Health.

Crum has acted as the state’s public health veterinarian for the last several years and part of his role is overseeing and coordinating with health departments across Maryland to control and survey rabies cases.

“We know rabies is here (everywhere),” Crum said, expressing the importance of seeking treatment when advised by health professionals.

In 2018, Maryland had the seventh-largest number of positive animal rabies cases in the United States with almost 270 cases, which ranks it above some of the more populated states, according to CDC data.

The biggest perpetrators of rabies in Maryland — raccoons.

These pesky creatures are prominent in Maryland and are notorious for scavenging in trash cans and food left outdoors to feed pets. Raccoons tend to be attracted to urban areas, which have more garbage receptacles on the streets.

In the last several years, Baltimore City, and Prince George’s, Anne Arundel and Montgomery counties had the highest number of reported cases of human rabies exposure in the state.

For those who require rabies treatment in the state and can’t afford it, the Maryland Department of Health has a program that helps cover the costs for patients who demonstrate the financial need.

However, the decision to waive costs is dependent on the necessity of the treatment and some requests have been denied based on a number of factors, including assessing whether it meets exposure standards and a patient’s income, according to Crum.

Health professionals use a risk assessment written by state health officials to determine whether or not a person who has encountered an animal requires post-exposure immunizations.

Those recommended for treatment are often attacked by an unprovoked animal that has yet to be apprehended and is known to carry the virus.

In Maryland raccoons, skunks, foxes, bats and woodchucks are among the animals that pose the highest risk for rabies, according to an algorithm developed by the Center for Zoonotic and Vector-borne Diseases, the agency that responds to rabies in the state.

Additionally, ideal candidates must have a wound that exhibits an exchange of fluid from animal to human that could turn into rabies.

“Those who meet the criteria are not going to be denied the vaccine in Maryland,” Crum said.

While there are financial resources available to those who need them, some people commonly opt out of treatment, according to Crum.

For those who disregard the advice of medical professionals and refuse the rigorous process of rabies immunizations, the virus is considered to be fatal if contracted.

Those who have had contact with the saliva of an animal are encouraged to report the incident to the police so they can find the animal responsible then seek treatment within the first 24-48 hours. 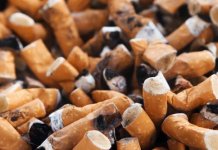 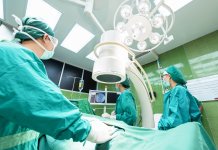 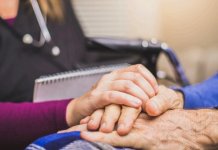